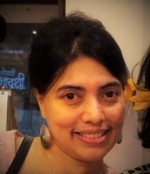 I love Bollywood. The colors, the over-the-top drama, the singing and dancing, the suspension of reality for three hours…I see how it can provide a break from the challenges of everyday life for over 700 million Indians living below the poverty line (and then some). But Bollywood movies also have a frightening side to them. On one hand they transport the viewer to la-la land; on the other, this very fantasy world has the power to set social norms. And yes, it becomes confusing – no kissing, no nudity, yet vulgarity is on full display when camera angles capture the fully dressed heroine’s chest heaving to pulsating music, while she is soaked to the skin in pouring rain, dressed in white, mind you. Sometimes there is no need for the rains. Katrina Kaif’s Chikni Chameli “item” number will attest to this.

But let us move away from the “purely entertaining” angle and return to the idea that Bollywood not only reinforces cultural stereotypes but also has the potential to influence behavior that governs everyday attitudes.

I recently (re)watched Dilwale Dulhaniya Le Jayenge (And the Truelove Will Carry Away the Bride) with an American friend. DDLJ (1995) as it is fondly called is one of India’s all-time beloved movies. So much so that soon after taking office in 2014, the Indian Prime Minister, Narendra Modi declared it a show-case of Indian tradition. I can see how it touches a patriotic chord: the story centers on an Indian family living in Britain, but still “Indian at heart.” Well, the father decides that his daughters born and raised in London are Indian at heart. Of course things go terribly wrong when the older girl, Simran, falls in love with someone dad doesn’t approve of. Raj is Indian, but not a bona fide one in that he has adapted to “the shameless and derelict ways of Westerners.” The family packs their bags and moves back to India where Simran is to be immediately married off to the father’s jigri dost’s (dear friend’s) son, Kuljit. Now as one can imagine, when the film in question is a Bollywood one, this is not drama enough. There’s plenty more to come. But I’ll leave it to you to decide how much drama is drama enough…

I am more interested in discussing the stereotypical “from reel life to real life” elements. Goofball Raj is a curious character. He means no harm when he is playfully touching Simran against her wishes, trying to sit on her lap while attempting to get a peek of the book she’s reading – this is their very first meeting, in case you were wondering. She is annoyed, of course, but is eventually presented as the difficult one when she continues rejecting Raj’s advances even as he attempts to save her from the Italian police who demand to see her missing passport. The climax of the movie occurs when Simran terrified that she and Raj might have had sex while she was drunk (wouldn’t that amount to rape on his part?) is put to ease by Raj – “I know what that means to a Hindustani girl, and I would never, ever tamper with that” (okay, I’m paraphrasing, but that’s the gist, pun intended).

There are two things going on here – one, molestation in the form of Raj’s constantly invading Simran’s personal space is supposedly funny and cute, and two, amid issues of patriarchal intervention, cultural displacement and mixed messaging, it is Simran’s virginity that is of prime concern. Mass confusion all around. I am having a hard time deciding what the audience is to get out of this. That despite his total disregard for her privacy, he is the honorable one since he doesn’t rape her? Or the fact that the onus lies on the woman to see to it that her izzat or honor remains untarnished? The role of “playfulness” on the part of a “loveable” man in a country where molestation is euphemistically termed “eve-teasing” is not just misleading, but dangerous to say the least. As dangerous as the idea that rape is a blot on the victim’s – and by extension her family or even community’s – izzat.

So then, is the underlying message of the film the advice Simran’s mother’s gives her: “It’s okay [for women] to dream, my dear, just don’t expect the dreams to come true” (thereby eliciting an appropriate “eew” from my friend)? Or is it the martyr Raj’s words towards the end of the film when, upon realizing that her father would never agree to their alliance, he tells Simran – “Listen to your father, Simran. You should marry Kuljit. Elders always know what is right.” Maybe. But it would have been nice to hear what Simran had to say. Or perhaps it is the message that stalking a woman is okay since it proves the hero’s “undying love” for the heroine.

As I mentioned at the beginning – these movies can be fun to watch, no doubt. But it is important to realize that they are to be ingested with spoonfuls of salt as unrealistic flights of fancy. When they are taken – not to mention consciously promoted – as representative of “Indian values,” and the line between fact and fiction blurred, even erased, it is time for us to sit up and question the dangers of such entertainment forms. Moreover, those of us who have the luxury to venture away from basic concerns such as food, clothing and shelter, must endeavor to inculcate an environment of questioning and challenging not just that which appears complicated and anathema to Indian values, but also that which often comes as second nature to us – statements such as “Boys will always be boys…” given with a playfully exasperated sigh.

Little wonder then that young men themselves seem to be confused when women are beginning to summon up the courage to slap them with sexual harassment suits after a jolly good time of “just joking around.”

Vibha Shetiya was born in India and raised in Zambia before moving back to India as a teenager. She has been living in the US since 1999. Vibha moved to Albuquerque last year from Austin where she completed her dissertation on feminist versions of the “Ramayana,” an ancient Hindu epic. She will be teaching a class on eastern religion at University of New Mexico this coming fall.

Like Loading...
‹ Do You Believe in Magic? by Deanne Quarrie
MORE WAR=MORE REFUGEES: OBAMA IN AFGHANISTAN by Carol P. Christ ›