Home › General › Reconstructions of the Past 7: Hafsa bint Sirin (My Story of Her Life 2) by Laury Silvers

Reconstructions of the Past 7: Hafsa bint Sirin (My Story of Her Life 2) by Laury Silvers 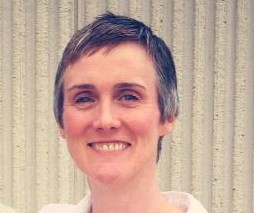 Sirin’s efforts to raise his and his family’s social status ensured his spiritually and intellectually precocious children had the best opportunities for success. By his efforts, Hafsa, her two sisters Umm Sulaym and Karima, and her brothers Muhammad and Yahya–not to mention her half-siblings, some of whom are also reported to have transmitted hadith–would have grown up in the deeply intertwined social, scholarly, and devotional circles of the Companions and Followers in Medina and Basra.

Because her family had some access to these elite social circles, Hafsa had the opportunity to memorize the Qur’an by the age of twelve under the tutelage of the well-known Qur’an reciter Abu al-ʿAliya. As we saw, she also had the opportunity to learn from the companion of the prophet, Umm ʿAtiyya, from whom she transmits hadith. It is no small matter that she was a guest of the Governor of Basra and took part in an elite legal debate while there.

While we may suppose that she would be angered by her father’s marriage to Anas’ niece (after all, we would be), she may not have sided with her mother. Rather she simply may have been irritated by the drama her father caused. Or, let’s be honest here, she just as easily may have been irritated by her mother’s response. The situation could also just have warranted a shaking of the head. We just don’t know. But I believe we can say that she was not insensitive to the social, intellectual, and spiritual benefits of her father’s connections and that would have influenced how she perceived her father’s polygyny.

In any case, she became known as a reliable scholar and a woman of great piety and was taken seriously in influential circles. Again, Hafsa was a respected teacher of Abu’l-ʿAliya’s recitation of the Qur’an and trusted transmitter of Hadith; she was capable of transmitting legal interpretations based on both. Hafsa had a number of regular male students who studied with her in her home. Her brother, Muhammad b. Sirin, is said to have referred his own students to her when they had a question on any matter of Qur’an recitation. Her son,al-Hudhayl, also learned from her and had friendly relations with intellectual elites who he most likely met through his mother, aunts, and uncles. By all accounts, her students seemed to sit with her often at her home. At least one of them, Hisham ibn Hassan, became something of an adopted son to her and confidante after her biological son died.

Hafsa must have had female students as well, even though there is no mention of them in the literature. Umm ʿAtiyya transmitted a good number of reports to Hafsa on beautifying women’s corpses for burial that she herself had learned while laying out the dead in the Prophet’s community. As I mentioned in an earlier blog entry, Hadith were typically transmitted in real world situations in the first 100 years of so of Islam. Just as her hadith on women’s mosque attendance was brought to bear in a moment of need, Hafsa’s transmissions of reports concerning death rituals were not repeated in a cultural vacuum. The transmissions suggest she probably performed these rituals in her own community and taught other women in turn.

There would have been opportunity enough beyond the normal cycle of life; Basra went through periods of great hardship due to famine, plague, as well as pervasive diseases that took the lives of many children. Hafsa would not have taken part in preparing women’s bodies for the mass burials following the several plagues the city suffered during her lifetime. The dead were piled up in homes; burial rituals–if performed at all–were most likely left to the gravediggers after the plague had passed. Hafsa and her family, like most inhabitants would have fled the city in the meanwhile. But evacuation was not enough to protect at least one member of her family.

Hafsa’s own beloved brother Yahya died in one of these plagues. She transmits a hadith through Anas concerning Yahya’s death that poignantly expresses the devastation and personal loss of the survivors. When Anas heard that her brother had died of the plague, he consoled her with a hadith likening the victims’ and survivors’ suffering to the sacrifice of those who have died in battle, and so are promised a glorified state in the next world. She reported,

“The plague,” I answered.

He said, “The Messenger of God, may God bless him and grant him peace, said, ‘The plague is martyrdom for every Muslim’.”

Hafsa grieved deeply over the death of her beloved son al-Hudhayl, too. She seems to have been a doting mother and he a devoted son. Ibn al-Jawzi reports four stories that Hafsa shared with her student Hisham about her relationship with her son. She tells how al-Hudhayl would collect reeds in the summer to dry for use as fuel in the winter. He was so thoughtful, that he would not allow her to use dung or dung and reed fires to keep her warm while she prayed at night. Although they burned for long periods of time, they produced an acrid smoke. Instead, he would stay up with her on cold nights constantly feeding a quick-burning reed fire. She says with some pride in him that he collected so much that there was as much warmth as she could possibly want.

She says she urged him to spend the evening with his family instead with her keeping the fire going, but he continually refused, and so she relented. In the morning, she would prayer her morning prayer, sleep, then wake-up for the midday prayer, when he would bring her a cup of fresh camel’s milk for breakfast. She would refuse it saying that she was fasting, but he would leave it with her perhaps to serve to her guests or to break her fast at the end of the day.

After he died she said she had a lump in her throat that would not go away. Her grief was finally eased by a verse from the Qur’an.

When my son al-Hudhayl died, God blessed me with a great deal of patience. However, I had a lump in my throat that would not go away. One night while I was reciting from the chapter of the Bee, I came upon this verse: Do not sell the covenant of God for a miserable price. There is a far better reward for you with God, if you only knew. What is yours must vanish. What is God’s will endure. And We will certainly bestow on those who patiently persevere a reward according to their best actions (16:95-6). I repeated this verse and God made the lump in my throat disappear.

Like Loading...
‹ A New Covenant by Joyce Zonana
Practical Lessons in Kindness from the Grasshopper and the Ant by Barbara Ardinger ›