Home › Abuse of Power › Leadership in the Kali Yuga by Lache S.

Leadership in the Kali Yuga by Lache S. 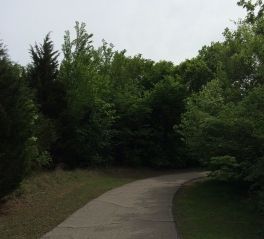 Since the U.S. has elected a reality TV show billionaire to represent our nation, we should be no longer be able to shy away from the ignorance, violence, and frivolity that is within us. Happiness and peace in humanity seem to be in short supply. How many of us experience continuing bliss, or do we only fantasize and find brief reprieves in our suffering? Even the more extreme privileged among us most likely share the same emotional landscape.

In Indian cosmology, Hinduism specifically, there are four stages (yugas) of humanity that occur in a cycle. They represent the ascending and declining spiritual, psychological, and physical well-being of humanity. The Satya Yuga is first (descending) and last (ascending) era, where people are without strife, disease, or fear. Satya means “truth.” Life increasingly deteriorates through out the Treta Yuga to the Dvapara Yuga to the Kali Yuga.

We are said to be in the Kali Yuga, the final age, a time of darkness and ignorance where a human being is 25% healing and 75% harmful, and most people cannot control their desires. Everyone is dishonest on some level, and the real wisdom of the scriptures is mostly lost. Humans eat dirty foods and the environment is polluted. Clean water becomes less and less available. Humans live barely 100 years, and at the end of the Kali age (if in descendence), they will die in their 20s.

Actually, yogis, sages, and interested parties disagree on exactly where the present age might be located (instead of descending Kali, some say ascending Kali or even Dwapara). But it certainly seems like we are in some era of intense dukha. Based on the acknowledgement of suffering and presence of violence and war in our oldest written records, we have been for a while. No wonder a cosmology like this was created by us to show our hope and our disappointment. Jainism has a cosmic wheel of time as well called the Kāla Cakra.

The question is, what kind of guidance might a leader in the Kali age benefit from? While detailing an apocalyptic war and leaders who are not afraid to decimate entire kingdoms, the Ramayana (set in a yuga previous to ours) has examples of two leaders U.S. politicians could learn from.

Briefly, the Ramayana is centered on the banishment of prince Rāma with his wife Sītā to the forest for 14 years due to the plot of his stepmother to have her own son, Bharata, become king. Towards the end of the royal couple’s time living as ascetics, the demon king Rāvana abducts the beautiful Sītā for himself, which causes Rāma to enter into an apocalyptic war with the demon world, after which he returns with Sītā to take his place in Ayodhyā, the political center of Kosala. King Dasharatha, Rāma’s father, is our first example of how wise leaders, followers of Dharma (basically the Way, the Tao), manage their kingdoms. In the Bāla Kānda, the first chapter, it reads,

For the king was humble in his greatness. Learned in the Vedas, truthful and pious, he had never broken his word. He had performed many yagyas, ceremonies to create balance in nature, and always gave generously to the pandits, saints, and wise men of the kingdom. [. . .] King Dasharatha was surrounded by eight wise ministers, who practiced right conduct with their families and friends, never speaking a word in anger. [. . .] Versed in economics, they kept the king’s treasuries full without unduly taxing the people. Experts in defense, they made friends with the neighboring kingdoms. [. . .] King Dasharatha also relied on the judgment of spiritual advisors [. . .]. Supported by benevolent ministers and enlightened sages, celebrated as the ocean of truth, King Dasharatha had no equal among all the monarchs on earth.

This text reveals the virtues of a wise leader: honest, generous, caring for balance in nature, and surrounded by enlightened and spiritual advisors who are able to maintain friendly international relations. Furthermore, the Ramayana says the society under his rule lived in a beautiful, lush place on earth where “no one lived in poverty, [. . .]. [. . .] Rice was plentiful and the water pure.”  If only this mindset were the standard for all of our politicians, the world might not be in the vulnerable state it currently is in. Who might be the best spiritual guides to take office in the White House instead of those permitting bombs and building walls?

The other example of a wise leader is that of Rāma. Throughout the story, he is not perfect, but he tries to accept good and bad news with equanimity and to control his senses in times of turmoil. And when he does return, after 14 years, we are told that

LIke his father, Rāma performed hundreds of yagyas to gain support of nature, [. . .]. Ever generous and magnanimous, Rāma used his power and wealth to bring peace and prosperity to all.

To have leaders who are nature-minded as well as wanting peace and prosperity for all will ensure that the earth and humanity have a good chance of surviving. Such leaders might seem too good to be true, but what is really unrealistic is if we expect a change doing exactly what we have been for the history of our capitalistic, for-profit, military-fronted nation where the gods are wealthy supermodels and CEOs and making America great again means . . . well I still don’t know what that means. I think we should make American completely different than it or any nation we know of has ever been. I want a peaceful, no-war nation where we start living more minimalisticly, mindfully, and communally. Where we realize that fear and hatred only generate more of the same, and our leaders show we are sane people not repeating this over and over. What do you want in your leaders and country? Your world?

LaChelle Schilling, Ph.D., graduated in 2014 from the Women and Religion program at Claremont Graduate University. She teaches composition from a contemplative pedagogical approach at Oklahoma State University. Currently, she is working on a book project titled Minimalism, Mindfulness, and the Middle Way, incorporating guidance from sacred wisdom literatures. She is also working on certification as a yoga instructor.