Of Monument(al) Importance by Esther Nelson 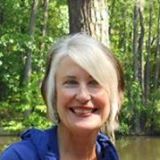 I remember being blown away when I read Judith Plaskow’s book, Standing Again at Sinai: Judaism from a Feminist Perspective, shortly after it was published in 1990. She writes, “The need for a feminist Judaism begins with hearing silence.” She notes it’s a “silence so vast [it] tends to fade into the natural order….”  Women’s presence throughout Judaism has not been reflected in Jewish scripture, Jewish law, or in liturgical expression.

Plaskow zeroes in on the story in Exodus where the entire Israelite congregation, gathered at the base of Mt. Sinai, eagerly anticipates entry into the covenant, “the central event that established the Jewish people.” Before this communal event, the covenant had been entered into by way of the individual patriarchs—Abraham, Isaac, and Jacob.  The particularly disturbing verse for Plaskow is Exodus 19:15: “Be ready for the third day; do not go near a woman.”

The specific issue Moses addresses is ritual impurity since the emission of semen renders both parties that engage in coitus temporarily unfit to engage with the sacred.  Both women and men need to be ceremonially purified before approaching the holy.  However, Moses does not say “Men and women do not go near each other.”  At this crucial juncture in Jewish history, “Moses addresses the community only as men.” The text makes women invisible. Clearly it was men’s experience that shaped Torah.

Plaskow writes that “[Jewish] women have always known or assumed our presence at Sinai.” Exodus 19:15 “is painful because it seems to deny what we have always taken for granted. Of course we were at Sinai; how is it then that the text could imply we were not there?”

Why make a big deal of this? Can’t the text, asks Plaskow, be relegated to a time in history “way back then” when people and communities accepted gender inequality as the natural order?  Why not just accept the past for what it was and get on with things?  Because Torah (Hebrew Bible) is not “just” history, “but also living memory.” When the story of Sinai is read and recited in services as part of the lectionary reading over and over again, year after year, “women each time hear ourselves thrust aside anew, eavesdropping on a conversation among men and between men and God.”

I thought of Plaskow’s work in relation to the current controversy surrounding the many statues erected to honor the “lost cause” of the Confederacy—the side that suffered defeat in the Civil War.  These monuments pepper the landscape of the United States—especially in the South. The Southern Poverty Law Center in a 2016 report identified 718 Confederate monuments and statues throughout the country—300 of them located in the states of Virginia, North Carolina, and Georgia.  Virginia displays 223 of them.

The current controversy, though, centers on whether to preserve the Confederate monuments where they stand—statues understood by some as symbols of a people’s heritage—or remove those statues—understood by others to be symbols of white supremacy.  Some people have suggested placing the statues in museums as monuments to our shameful past. “Those who don’t know history are doomed to repeat it.”  Others think the monuments should be left standing, but could benefit (maybe) by placing them within some context.  “After all, you can’t erase history.”  The debate rages on.

Some white Virginia residents, peering through a particular lens, speak about the significance of those monuments recently brought into the national spotlight. Many hear family stories about their ancestors’ fighting “valiantly for the Confederate cause” and want to honor their familial heritage.  Virginia residents of African-American descent, on the other hand, see and hear a different story.  As the above article notes, for many African-Americans, “[t]he same statues not only evoke an age of bondage, but their construction in the early part of the 20th century also is linked to the renewed repression of Jim Crow.”

It seems to me that for some citizens in the Commonwealth of Virginia, seeing these (some would say racist) monuments day in and day out as they go about their business and daily activities might be similar to the experience of Jewish women Plaskow mentions who find themselves invisible in the androcentric text (Torah), thus (at best) marginalizing them and their experience. Give us our history! Plaskow insists.  Women were present at Sinai.

In that same vein, the prominence of Confederate men (three on horseback) along Monument Avenue in Richmond, Virginia, renders some of the population invisible.  Just whose heritage and whose stories are being honored?  The Confederate statues on Monument Avenue reflect an incomplete history, displayed as “the” history of Virginia. When a part of history is presented as the whole, we no longer have an accurate rendition.

History is remembered, written down, and preserved from a specific viewpoint.  Competing narratives don’t make it into the canon—the official story.  The narrative that does get preserved has everything to do with who wields power at specific junctures in time and place. We, human beings, inculcate meaning(s) into our monuments which become symbols of stories and values we hold dear—stories and values which often become set in stone, sometimes literally.

I’ve yet to hear any conversation exploring the kind of a society we want to create and nurture through our memorials.  Do we want a society that renders invisible the experiences of people who don’t fit into an official narrative? Or, do we aim for inclusion of all people through our artistic expressions?

I’ve added an excellent article here from a Virginia Commonwealth University professor for those interested in reading more about the monument issue.

Like Loading...
‹ Please Keep It in Your Pants by Carol P. Christ
How Do We Heal Rape Culture? Part 2: How to Help Men Become Safer by Trelawney Grenfell-Muir ›