The handsome but uncharming prince having been magicked, the witch and her coconspirators know it’s time to focus on finding Ella. The witch looks around the table.

“Mrs. Janedoe and Mrs. Worthington,” she says, “you are two of our most highly experienced sauceresses…I mean sorceresses. Mrs. Bezukhov, you are also a woman of great, if temporarily diminished, power. Let us work together and see what we can do. Surely when people of good will work together they can raise energy that leads to positive results. Yes?” She looks around. “Please come up to my study.” The ravens of course know they are members of this ad hoc coven, and Mrs. Bezukhov goes out to her little room (actually a stall) in the barn to fetch her old scrying stone. 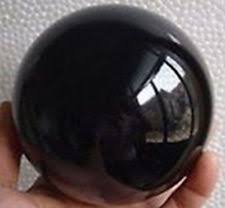 “Before that,” says Kahlil, the prophetic raven, “we gotta fly that…er…sausage to the city ’n’ drop it on that lousy prince and hit ’im where it’ll do the most good. Make sure he got the message, doncha know. I got a new buddy who’ll fly with us.” He waves a wing at the window and another raven flies in. “This’s Icarus.” The new raven bows. “Despite his name, he’s a good flyer ’n’ he knows the safest routes to the capital and the bestest ways to get around the city.” Kahlil shows the bagged sausage to Icarus, who studies it and shakes his head like he’s just been attacked by a million fleas. “Okay,” says Kahlil, “youse girls just keep an eye on us in that there scrying stone.” He starts to rise from the table, but Mrs. Worthington stops him.

“Before you leave,” she says, “we girls have another task. I have a feeling Ella’s going to need more help than ravens can give her. I think we should make her some flying—maybe fleeing—ointment.” As the other women nod, she begins pulling herbs out of her pockets. Rose petals. Mugwort. Dittany of Crete. Sage. At the same time, the witch takes some beeswax out of a drawer and sets it on a tiny alchemical oven to melt. The women call in the elemental powers of the four directions, then grind up the herbs and certain tiny crystals and mix them with the beeswax.

Mrs. Fairy waves her wand, which is now back up to full power, over the ointment. It begins to sparkle. “You need to take this with you,” she says.

“How we gonna carry it?” Edgar asks. “In that heavy mortar?”

“Hmmm. We should’ve thought of that earlier,” Mrs. Janedoe begins, but the witch opens another drawer and pulls out a very large snail shell. “Yesss!”

With the ointment in the shell and the shell in a clean baggie, the ravens are ready to go. “Youse girls keep an eye on us,” Kahlil calls as they fly out the window.

The women now place Mrs. Bezukhov’s scrying stone in the center of the table and, so to speak, turn it on and focus it on the capital city. What do they see?

First, the formerly handsome prince, storming around in his mansion, obviously whining about something. (The scrying stone shows only silent movies.) Nearby—a tower built of rough brick. It has no doors and only one high window, out of which a small winch and a basket hang on a ragged rope. A minute later, the prisoner comes to the window. Ella is dressed in rags, her hair chopped off near her scalp, bruises up and down her arms (and who knows where else). She looks extremely depressed. When she looks out the window, it is as if she is staring straight into a movie camera.

Having found her, the women try to speak to her. They call out. They try tapping Morse code on the stone. They draw sigils and runes. They click on Send. Nothing. Elle just keeps staring out the window. Soon she starts crying.

And now, four ravens inside the mansion. As Domina waves one wing in the direction of the tower and its prisoner and Edgar says something, Edgar drops the bagged sausage on the prince’s head. Then the ravens peck out his eyes and the eyes of several other aristocrats in the mansion.

When the ravens arrive at the tower a few minutes later, they land on the windowsill and speak with Ella, who becomes almost animated. When they give her the shell with the ointment in it and explain the plan, she moves away from the window to rub the flying ointment on her body. She comes back into view looking slightly cheerier and dressed in different rags. She is also carrying a basket like Mrs. Fairy’s.

“Hooray!” the witch and her coven cheer. “Goddess keep her safe in the air.” Mrs. Fairy waves her wand again and Mrs. Janedoe and Mrs. Worthington draw more sigils in the air. Mrs. Bezukhov crosses herself and mutters a short prayer, and the witch pronounces a spell.

As they watch, Ella climbs unsteadily up on the windowsill and pulls an almost bald whiskbroom out of her basket. The ravens begin pulling on it and—voilà, the broom grows longer. The ravens help Ella balance on it…and a minute later they all take off. There are some steering issues, quickly resolved, and then (two ravens still on the broom) they rise above the city and circle the prince’s mansion three times. Now up to speed, they zoom toward the country.

“Thank you all so much!” Ella cries when she arrives. After hugging Mrs. Fairy, who promptly transforms the girl’s rags into more presentable clothes, Ella thanks the other women and hugs them, too. It is suppertime. Everyone, including the four ravens, enjoys the feast. Ella can’t remember the last real meal she had. Afterward, she and the witch put their heads together to begin making significant plans.