What Gender is God Anyway? by Janet Maika’i Rudolph 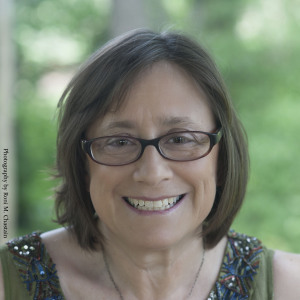 Me: Oh right, sorry. I am having some trouble wrapping my head around using “they” and “them.”

AD: Well mom, that is something you’re going to just have to get over.

Using “they” to refer to one person short circuits my long life of grammar training. I found my mind resisting the plural no matter how many times I reminded myself that Alex uses plural pronouns. As I considered my brain’s resistance to “they/them,” I realized that singular gendered pronouns are truly a cultural construct. I went on to muse that maybe Alex was on to something bigger than themselves. I began to think about the Bible, arguably the foundational document of our patriarchal society, and how it uses a plural form while referring to a singular or one God.

In the beginning God [Elohim] created the heaven and the earth.

“Elohim” is the Hebrew word used for God throughout Genesis 1. Yet, in Hebrew, “Elohim” as God is plural with the “im” suffix functioning the same as the “s” in English. Elohim, a variation of the god name “El,” appears thousands of times in the Bible. Biblical scholars have long debated why “Elohim” appears in the plural, with no arrived upon consensus. The leading theory is that the authors of the Bible unwittingly preserved a little unconscious “throw back” to older multi-deity Pagan religions. It is a good theory, likely true. However, what is wonderfully mysterious and extremely interesting, is that in matters of spirit that there are often layers of meaning which can all be true.

Here is another fitting explanation: Linguistically, Hebrew uses the plural form of a word in two different ways. The first means “more than one,” just like in English. The second, however, is different. It is used to emphasize the expansive and remarkable characteristics of a single entity, person, or object. For example, “one trees,” translated in a Hebrew format, would describe the grandest or mightiest tree in a forest.

By adopting the plural to refer to a singular person, the gender queer community has tapped into a deep ancient wisdom well. Even if we popularly understand God as a male, the concept of one all-mighty deity transcends gender. While our patriarchal society might default to “he” when describing God, any gendered designation anthropomorphizes and diminishes the grandeur of The Great Sacred Mystery of Creation. Gendered pronouns strip Sacred Creation of Its majestic expansiveness, Its non-dualistic, mystical and omnipresent power. Elohim or They as a One God, comes as close as humanly possible in a pronoun to expressing the mystery and transcendence of All-Creation.

Having reflected on Genesis’ use of “Elohim,” I think my brain has finally fully digested “they” and “them” to refer to a single person. Each person is indeed an expansive mystery, and, to force people into gendered pronouns, can limit and narrow our self-concepts thereby depriving us of a full understanding of ourselves. It makes us smaller just as the concept of a he/she One God is so limiting. Next time my daughter and I talk about Alex, I have a feeling I won’t forget to use the appropriate pronouns.

Janet Rudolph is a twice ordained shaman, the latest as an alaka’i which is a Hawaiian spiritual guide.  Rudolph has walked this path for over 20 years traveling around the world to learn and experience original teachings from differing cultures.  Using a technique she calls “spiritual forensics” which includes cross-cultural explorations and ancient Hebrew translations, she has delved into the Bible’s pagan roots to uncover its hidden magic.  Rudolph has written two books on the subject of ancient Biblical teachings. One Gods: The Mystic Pagan’s Guide to the Bible and When Eve Was a Goddess: A Shamanic Look at the Bible.  A third book, When Moses Was a Shaman will be out in 2019.