Home › Feminism › Time to Dismantle the Myth of the Nation State? by Carol P. Christ

Time to Dismantle the Myth of the Nation State? by Carol P. Christ 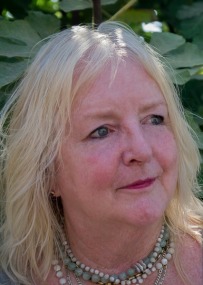 I am a citizen of two countries currently being torn apart by popular nationalism. In Greece, the cry is “Macedonia is only Greek,” while in the United States a nation of immigrants is being told that it must fear being invaded by immigrants. The truth is that the idea of a nation state is a fiction created in the nineteenth century. It is high time to dismantle it.

Here is the Greek case. Phillip of Macedon invaded from the north and created a federation of Greek states in 338 BCE. His son Alexander the (so-called) Great conquered territories extending as far as India before his death in 323 BCE, establishing the seat of his empire in the newly founded city of Alexandria in Egypt. Phillip and Alexander are claimed as Greek, but in fact Phillip forced independent Greek-speaking city states into union under his rule.

Although the Greek language became the lingua franca of the Alexandrian Empire, the people who spoke forms of Greek did not become an ethnically pure free Greek nation under Alexander. Rather they became subjects in an empire ruled by a king that united people of different cultural traditions under a newly imposed Greek language. It is probable that Phillip and Alexander originally spoke a form of Greek, but even this is debated by experts.

The Alexandrian Empire was defeated by the Roman Empire in 31-30 BCE, which became the Holy Roman or Byzantine Empire with its capital in Constantinople in the 4th century CE. In 1453, the eastern part of the Holy Roman Empire was conquered by the Ottomans and became part of the Ottoman Empire, while during the same period, northern and western Europe were ruled by a series of warring states with radically shifting boundaries.

In the nineteenth century the idea of a the “nation state” took hold. According to UNESCO:

Affirming this idea, people who had earlier called themselves “Bavarian,” “Prussian,” “Hessian,” and so forth began to affirm that they had a common language and set of cultural traditions that identified them as “German,” while others identified as “French,” “Danish,” “Swedish,” and so on.

Those of you who, like me, have had your DNA analyzed know that national identities cannot be confirmed genetically. My historical research confirms that 37 ½ per cent of my ancestors lived in areas now known as German, dating back to the 1500s. Yet Ancestry currently places 41% of my DNA in England, Wales, and Northwestern Europe, 27% in Sweden, 17% in Ireland and Scotland, and only 5% in Germanic Europe. The percentages of Irish-Scottish and Swedish DNA are not very different from what I found in historical records, but the percentages of English and German DNA are radically wrong. This discrepancy might be explained by the fact that the Vikings invaded both Europe and England, the English invaded France, the Normans invaded England, and people moved around over the centuries. The bottom line is that European nationalities cannot be confirmed by DNA.

In the Ottoman Empire, people who had identified as “Romoi (Roman)” or simply as “Christian,” began to identify themselves as “Greek,” “Bulgarian,” and so forth, based on shifting criteria, including language and place. In fact, in the Ottoman Empire there were few places where only a single ethnic group resided.

In the island of Lesbos, for example, Greeks lived alongside Turks, Armenians, Jews, and other Europeans. Many of the most popular “Greek” dances were adopted from others in this milieu. It took the infamous “exchange of populations” involving several million Muslims and Christians to create the (still fictional) nation states of Turkey and Greece in 1922. This “compromise” that conflated religious and national identity left the Jews of Greece and Turkey without a place to call home. A decade earlier, a territory known as Macedonia had become part of Greece in the aftermath of the Balkan wars.

However, most contemporary states are polyethnic. Thus, it can be argued that the nation-state “[…] would exist if nearly all the members of a single nation were organised in a single state, without any other national communities being present. Although the term is widely used, no such entities exist.”

Yes, you are reading correctly: UNESCO says the nation state does not exist!

Shift to the aftermath of Second World War: General Tito named Macedonia one of the six states that made up the newly constituted Soviet-aligned state of Yugoslavia (land of the Southern Slavs). Fast forward to the break-up of the Soviet Union. Following a series of wars in the former Yugoslavia, the Republic of Macedonia declared its independence in September 1991.

Macedonia is also a geographical area in modern Greece and the place of origin of Phillip and Alexander is in Greece. The declaration of a Macedonian republic led to a popular uprising in Greece orchestrated by the Orthodox Church and right-wing nationalist parties asserting that Macedonia is only Greek and claiming Alexander of Macedon as the primary symbol of Greek identity. 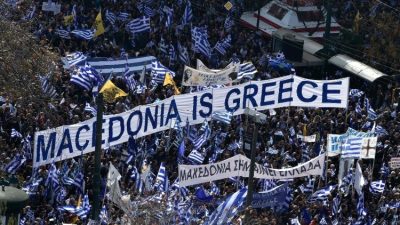 Because of this popular nationalism, the Greek government was not able to negotiate any form of compromise on the name–for example, North Macedonia or New Macedonia or Upper Macedonia—for nearly 30 years. In 1993 the new nation was admitted to the United Nations under the name “Former Yugoslav Republic of Macedonia (FYROM),” but continued to call itself Macedonia.

In June 2018 the SYRIZA government of Greece and FYROM government signed the Prespa Agreement, which stipulated the change of name to Republic of Northern Macedonia. In the weeks leading up to the transition which occurred on February 12, 2019, people took to the streets again, the junior partner of the Greek government coalition resigned, the governor of Central Macedonia in Greece refused to put North Macedonia on directional signs, and the ability of SYRIZA to finish its term of office was thrown into question.

As someone opposed to war, I have often wondered why anyone would want to identify with the leaders of armies who conquered them. It is well-known that conquerors assert the divine right of kings, but why do people continue to revere tyrants centuries and even millennia after their kingdoms and empires have dissolved?

The time has come to deconstruct the fiction that nation states exist or have ever existed. The serious problems that face the world today–including extreme climate change, unequal distribution of wealth, environmental degradation, the proliferation of war with weapons supplied by a military-industrial complex impervious to national boundaries, and resulting migrations–will not and cannot be solved by those who cling to the fiction of the nation state. People have always learned to live with each other and the future of the world depends upon our continuing to do so.

Carol P. Christ is an internationally known feminist writer, activist, and educator living in Heraklion, Crete. Carol’s recent book written with Judith Plaskow, Goddess and God in the World: Conversations in Embodied Theology, is on Amazon. A Serpentine Path: Mysteries of the Goddess is on sale for $9.99 on Amazon. Carol  has been leading Goddess Pilgrimage to Crete for over twenty years: join her in Crete. Carol’s photo by Michael Honneger.

Like Loading...
‹ Part One: The God Ayyappan and The Sabarimala Temple by Anjeanette LeBoeuf
Logic and Intuition – Antithetical or Cooperative? by Judith Shaw ›