Home › Activism › The Berlin Wall—what did the US learn? by Marie Cartier

The Berlin Wall—what did the US learn? by Marie Cartier

I am writing this from Berlin. I am here for two weeks for the ALMS conference entitled, “Queering Memory.” Berlin is a city of such memory. You walk the streets and there are small brass plaques in the sidewalk in front of you memorializing Jews that were deported who lived in the residence. Everywhere there is memory of war, and hope.

For me, perhaps the most visible symbol is the wall. The Berlin wall was in place from 1961-1989. When it fell, the East Side which had been closed off for decades, burst into freedom, as evidenced by the images on the east side of the wall, at the East Side Gallery – an open air mural gallery painted directly on that side of the wall. 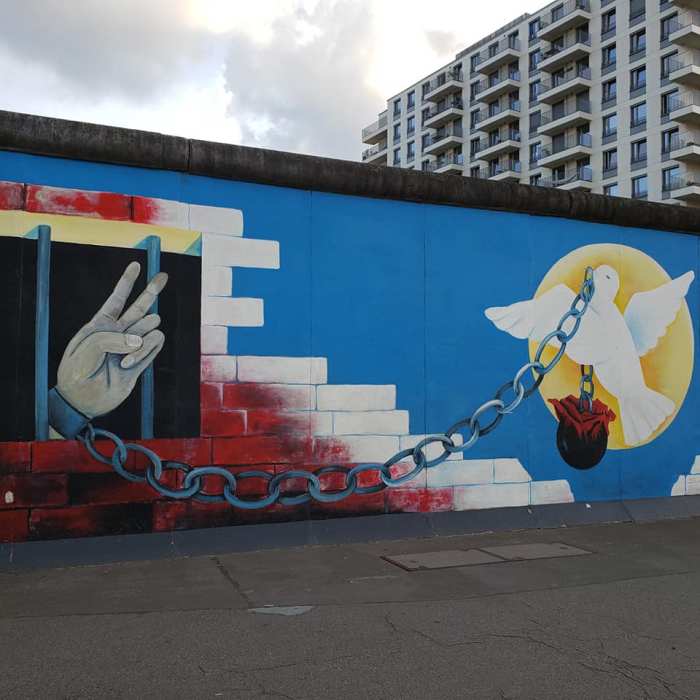 I spent two days at the wall, the Wall Museum, walking the wall and the surrounding streets, marveling at how now, a once closed bridge streams with bicycles, tourists, locals hanging out on the once closed river banks, floating hostels, musicians… all of this closed , the bridge, the river, the banks of the river—closed. Now open.

I’m not sure an American can be here and not wonder—what did we learn? What did the world learn from the wall in Berlin—that now America builds a wall between itself and Mexico? Already there is art on the surfaces of the emerging wall at the border of Mexico, there are many protests–even one to protest the destruction of the butterfly sanctuary that the wall would destroy.

This fear of immigrants, the need to make a profit off of building walls and detention centers where recently children have been removed due to sanitation conditions and treatment that rival concentration camp or torture center conditions.

What has the US learned from the world? What world does our current administration align themselves with?

I offer these images from the East Side Gallery for us to consider. One of the images says the following: “Now you actually know what freedom is—don’t forget it ever.”

My friend Sabine next to quote mentioned 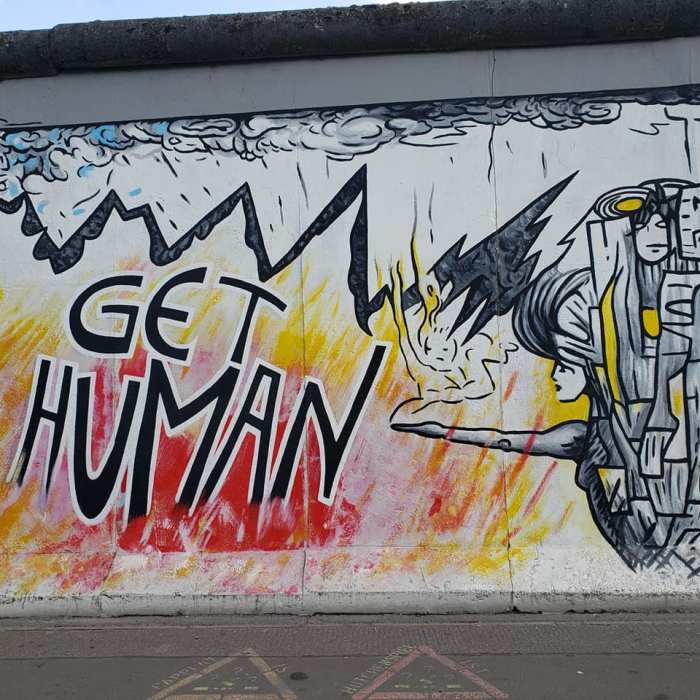 by Sabine Balke
Me against famous Gorbachev kissing mural 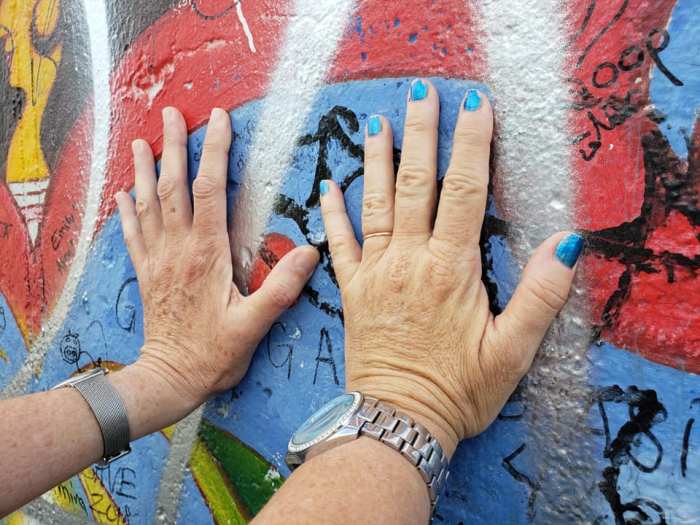 Like Loading...
‹ The Earth Heals by Xochitl Alvizo
If For Anyone Other Than Yourself by Karen Leslie Hernandez ›