Home › Activism › The Prophetess: Greta Thunberg, Global Warming, and the Legacy of Prophecy in Our Own Day by Jill Hammer

The Prophetess: Greta Thunberg, Global Warming, and the Legacy of Prophecy in Our Own Day by Jill Hammer

My community and many others have been watching in awe as Greta Thunberg makes waves around the world—her lone climate change protest in Sweden growing in a single year into a climate strike with millions of demonstrators around the world.  Of course, Greta isn’t asking us to listen to her.  She is asking us to listen to the science that will save us.  And Greta is not alone: there are young indigenous female protesters like performance poet and peace activist Lyla June Johnston of the Dine (Navajo) and Tsetsehestahese (Cheyenne) peoples and water protector Autumn Peltier of the Anishnaabe people, who are speaking before the UN and in other public settings about global warming, and revitalizing our spiritual relationship with Mother Earth. Yet Greta knows that her fame (and her youth) gives her a platform. She is conscientiously using that platform to testify before Congress and the UN, Tweet, post on Facebook, and do whatever else she can do to make an impact.  Recently, I’ve noticed that some people in my home Jewish community, when they post about Greta on social media, have given her a nickname: they call her “the prophetess.”

This appellation has deep history.  The Hebrew word for prophet is navi, and the word for prophetess is neviah. These words come from the root nun-bet-alef which means to announce or proclaim.  At one event I attended, a woman enacting the role of a prophetess announced: “I am God’s microphone,” and that is what a navi or neviah does: amplify the voice of the sacred. 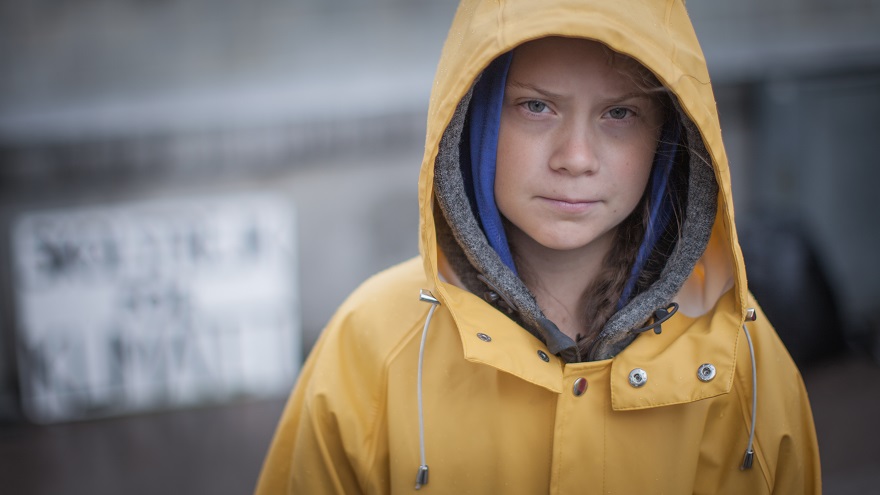 In the Hebrew Bible, prophets have two functions.  One function is to see the future or hidden truths (the task we normally associate with prophecy) as when Ezekiel sees the divine chariot, Isaiah prophesies about the end of days, when Deborah prophesies the victory of the Hebrews in battle, or when Samuel finds King Saul’s lost donkeys.  In this mode, prophets engage in ecstatic speech and song, as when Deborah sings or when Miriam dances on the shore of the Red Sea. But the most primary function of a prophet or prophetess is to correct the moral failings of the people, and particularly of the powerful.  The prophet Nathan criticizes King David for having a man killed so that David may safely marry his wife (II Samuel 12), and the prophet Elijah accuses King Ahab and Queen Jezebel of having a man named Naboth killed so that they can possess his vineyard (I Kings 21).  The prophet Isaiah accuses the people of fasting and praying while oppressing their workers (Isaiah 58).  The prophetess Huldah critiques the religious practices of her day and expects humility from the king who has sent men to see her (II Chronicles 34).  So it is not only those who see the future who are given the title prophet, but those who truly see the present.  In this sense, all workers for justice and societal change are prophets and prophetesses.

In a Jewish context, women were among the prophets throughout the generations, perhaps because the practice of prophecy (unlike text study) was open to them.  For example, the daughter of Anav, a resident of the city of Sfat in the 16th century, appears in accounts of the day as a young girl who channeled spirits and criticized the moral failings of her community. In the 17th century, a Jewish girl from Galata “had a mighty talent for supernal contemplation” and prophesied the redemption of the people. Ernestine Rose, a secularist American Jewish abolitionist and suffragist who said “Emancipation from every kind of human bondage is my principle” represents a contemporary vein of prophecy.  Today, Jewish women of spirit still speak in this tradition: Rabbi Jill Jacobs, for example, heads T’ruah, a Jewish human rights organization. Rabbi Rain Zohav heads Jews of the Earth, saying: “The most pressing moral issue of our day is preserving the earth.”

Greta Thunberg’s signature refusal to accept praise for what she is doing or to show deference to authorities is typical of a biblical prophet.  She’s made statements like “Please save your praise, we don’t want it.  Don’t invite us here to tell us how inspiring we are without doing anything.”  In 2018, she scolded the UN at a climate change conference, saying: “You are not mature enough to tell it like it is.  Even that burden you leave to us children.”  She continued: “You say that you love your children above all else, yet you are stealing their future.” The biblical prophets also spoke harshly to the authorities of the day. Greta asserts not only the practicalities of global warming but the ethical responsibility of leaders to lead: “You have a moral responsibility to do that.” Greta’s insistence that words are not enough and that we have no right to a comfortable status quo during a crisis place her squarely in the tradition of the prophets.  Though she is not speaking for a particular religious tradition, she is speaking for the earth and for all of us, and this is why some in my community have begun spontaneously calling her a prophetess. 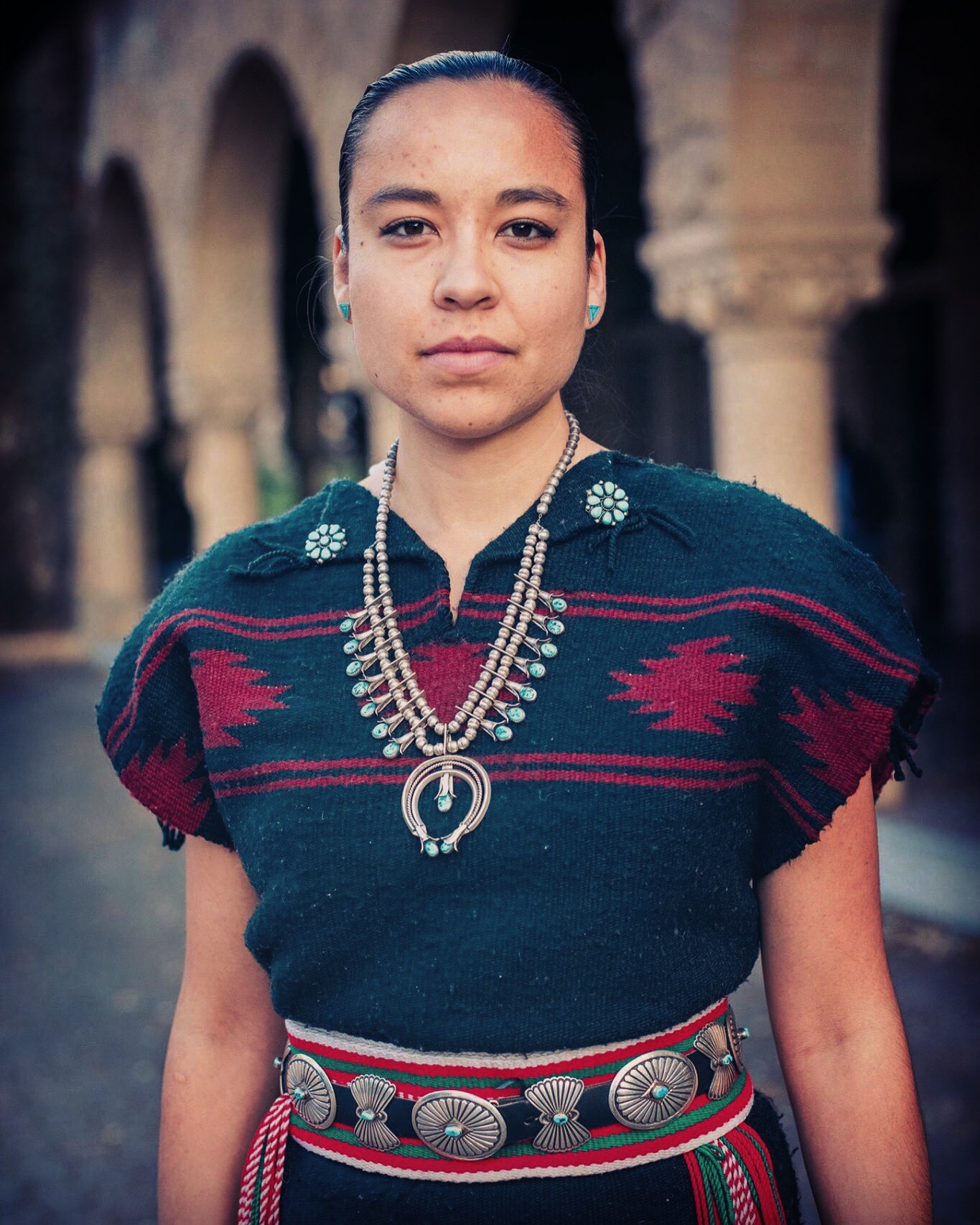 The prophets weren’t always heeded by society.   We can only hope Greta and her contemporaries will be. But what exactly is prophecy?  Lyla June Johnston, the young indigenous peace and land activist I mentioned earlier, reflected on her own poetry by saying:

Writing for peace means praying before each line is written that the Great Spirit’s message comes through.  The root word of genius is ‘genie’ or spirit.  And so the true genius does not take credit for his/her work.  Rather s/he celebrates the fact that they were able to move out of the way enough for Spirit’s masterpiece to flow through them… When we tap into this explosive force of compassion, this is when the muse can truly work through us and make each word a prayer for all things.

To me, this is a description of prophecy: inspiration that comes from somewhere larger than ourselves, inspiration that is not intimidated by violence or power or wealth or societal disapproval.  The overwhelming crisis that is climate change demands prophecy.  I am grateful for the prophetesses and prophets manifesting in my own day to wake us up to the truth.  May we find the strength, courage, and mutual love to listen to them.

Morrison, Sean.  “Greta Thunberg tells Congress: Save your praise… we don’t want it if you don’t do anything about climate change.” The Evening Standard, Sept. 18, 2019, https://www.standard.co.uk/news/world/greta-thunberg-tells-congress-save-your-praise-we-dont-want-it-a4239561.html.  Accessed Sept. 22, 2019.