Home › Academy › Feminism vs. Humanism: A response to an idealized feminist identity by Mariam Williams

Feminism vs. Humanism: A response to an idealized feminist identity by Mariam Williams 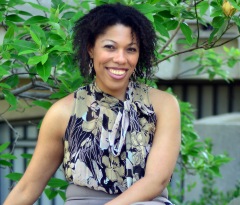 My first thought after reading Gina Messina-Dysert’s  post, “Feminism vs. Humanism: Continuing to claim a feminist identity” was, “Guess she missed that whole #SolidarityIsForWhiteWomen trend on Twitter last week.” Until I saw Gina’s bio signaling the end of the post, I thought she was building the foundation for a witty piece of satire. The feminism she wrote about was so ideal compared to humanism that I thought she was using irony to address feminism’s imperfections. She wrote that “humanism does not value diversity and difference,” which implied that feminism does, always or at least consistently. Humanism “reinforces western, privileged … values,” but feminism doesn’t? As in doesn’t ever? Is that what she meant to say?

It isn’t that Gina, or the Feminism and Religion blog as a whole, doesn’t acknowledge diversity among feminists. It’s that in the post, she didn’t recognize that feminism can be just as exclusive as humanism according to the definition of humanism she provided.

For those of you who may not be familiar with it, #SolidarityIsForWhiteWomen addressed the lack of intersectionality in mainstream feminism. (Another trend, #BlackPowerIsForBlackMen addressed intersectionality’s gaps in another way.) Writer Mikki Kendall started the trend in response to a white male feminist’s attempts to silence women of color online, but Kendall said, “The more I typed the more things sprang to mind … Somehow the survival, safety and security of WOC (cis and trans), of poor women, of disabled women, of undocumented women, of anyone that wasn’t a white middle class/upper middle class woman felt unimportant…”

White feminists have missed countless opportunities to call “for justice in all forms,” as Gina writes feminism does (or perhaps is supposed to do). For example, white feminists who can leave their tenured post at Princeton for two years to go work with then Sect. of State Hiliary Clinton are complaining about work-life balance while brown and black men are disproportionately disenfranchised from a low-wage job market because of criminal records in an unjust criminal justice system. And that’s affecting women of color and children of color because no jobs mean more poverty. Black feminists were up in arms in February when editors at The Onion called then 9-year-old Oscar nominee Quvenzhané Wallis the c-word on Twitter, and white feminists were silent or said they didn’t get the joke.

But #SolidarityIsForWhiteWomen goes beyond economic imbalances and poorly thought-out media slights. It’s about mainstream feminism’s ignorance of racial and cultural intersectionality and its nod to humanism’s Western superiority.  I’ve even seen it here on Feminism and Religion, despite how regularly this blog gives women of color a voice. There are often cries for Christian, Muslim and Jewish women to leave their patriarchal religions and embrace goddess theology, as if those who have already done this are living out a more enlightened feminism, or that you cannot be a feminist and a believer in Judeo-Christian-Muslim faiths simultaneously. Questions like, “Why don’t you just leave your patriarchal religion?” also ignore, especially for non-WASP women, the cultural significance of their faith. While the Pew Research Center’s findings that African Americans are the most religious group of people in the United States and 92 percent of them are affiliated with a historically black church is no reason for a black woman to believe in Jesus Christ or remain in the church (if she’s questioning her faith at all), it’s important to acknowledge how Christianity shapes the African American experience when you talk to black women about feminism. Similarly, it’s important to understand the culture of Islam in whatever country a Muslim woman is in when exploring her choice to veil or not to veil.

As Jameelah X. Medina wrote in her essay on this blog, “We must not make ours the voice of normative, universal feminist reason. We must not presume to know these women better than they know themselves, thereby consuming their agency and exerting our ideological power and dominance over them,” and being sexist and racist in the process. And as Flavia Dzodan said, “[I]f you are a feminist and you claim you are ‘for women,’ you don’t get to pick which women you stand up for.” If you’re going to claim a feminist identity, you have to acknowledge when feminism is exclusive, when it reinforces Western, privileged values, when it does not value diversity and difference, when it doesn’t call for justice in all its forms. And then you have to right this division, or perhaps adopt another definition of feminism.

Mariam Williams is an award-winning writer and feminist in Louisville, Kentucky. She contributes op-eds to the Courier-Journal and blogs about family, faith, food, femininity, and feminism at RedboneAfropuff.com. Mariam is working on a book about her life at the intersections of blackness, Christianity, feminism and womanhood and is taking her first graduate class in Women & Gender Studies at the University of Louisville. Follow her on Twitter:@missmariamw.

Like Loading...
‹ No More Of This in Academe! by Grace Yia-Hei Kao
Truly Our Sister by Laura Grimes ›