Home › Abuse of Power › Religion: Trapped in Love Through Shame by Andreea Nica

Religion: Trapped in Love Through Shame by Andreea Nica 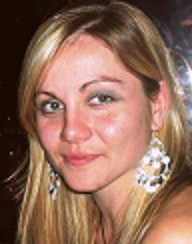 I was first introduced to shame in the church. Shame paradoxically drew me closer to God, prevented me from committing sins, and helped me repress certain natural urges. The church I grew up in indoctrinated its congregation to believe that shame would transform us into true and wholehearted believers – that as carnal beings, we needed to feel both guilt and shame in order to be saved and transformed into spiritual entities.

One question that permeated my mind growing up, but I’d never dare to publicly ask:

Why would Jesus die for me when I never asked Him to?

This compelling question was prompted through my internal, often unconscious, frustration with the constructed view of shame in the church. Shame wasn’t a choice for believers, it was conditioned as a privilege – it was only through embracing shame that we became closer to the Lord.

That’s the funny thing about shame, it did bring me closer to this God I used to worship, but at the expense of my self-worth.

I have since left behind my shame, the church, and the religious community I was a part of years ago, or so I thought. I recently began listening to Brene Brown, a nationally renowned speaker on shame, vulnerability, courage, and worthiness. Her work was recommended to me by some colleagues who know many of the tantalizing details of my religious history. Her book, The Power of Vulnerability, was suggested to me on several occasions, but I always passed it up, expressing to myself and others I didn’t have a problem with being vulnerable, and that I NEVER felt shame. Not since my religious past anyway. At the time, I even viewed those who found her work inspiring as ‘weak.’

Shame is certainly a sneaky character. Just when you think you’ve rid yourself of it, there it is.

As Brown states in The Power of Vulnerability, shame fluctuates between: “You’re not good enough” and “Who do you think you are?” I would venture to say most people can relate to this.

During her TED talks on shame, Brown refers to shame as an “unspoken epidemic.” In the church, shame was very much promoted, but only as a concept that built a case for obeying the doctrine and belief system. Once I separated myself from the church, I naively thought shame left me as well. But as I began listening to the powerful message of how shame is only removed through talking about it, I knew I was in for an interesting journey to say the least.

Where do I begin talking about my shame and to whom? While it was easier to blame the church for enduring feelings of shame, guilt, and unworthiness, I realized these feelings also impact society as a whole, not just religious folk. Not that that made me feel any better, but it did provide a new perspective. You see, I did not want to talk about shame, because I wanted to believe I had moved past all the junk associated with my religious experiences. In truth, our culture breeds and encourages shame through non-disclosure, and it’s killing us ever so slowly.

When we feel shame, we repress, hide, and pretend it doesn’t exist. We will do anything and everything to mask shame, and that’s precisely what is debilitatingin  our culture. One of the primary ways we mask shame is through numbing. This was my method of choice after leaving the church long ago. It seemed easier to numb myself to shame, than to confront and deconstruct the slimy creature.

In terms of my religious experiences, I realized that being and feeling shamed with the aim to transcend was downright humiliating and damaging, but more importantly, I learned that shame cannot be removed by simply becoming numb to it. Coming to the distinction and near epiphany that shame operates in religious and secular spaces really encouraged me to confront my issues with shame.

So, how does this play out on a societal level? How do we work to remove this social and cultural epidemic?

Given that society has been embedded in shame culture, we must consciously resist ignoring shame. When we ignore, we actually give in to the darkness of shame. That means, rather than pretending it’s not there, we must practice self-compassion, emotional openness, and courage to combat our pre-wiring of shame.

This form of resilience begins to free us from feelings associated with shame–such as unworthiness, solitude, powerlessness, and numbing. Society and culture changes when individuals change. As with any epidemic, a widespread resistance is necessary. Throughout my journey to confronting shame in ways I never imagined, I was drawn closer to my spiritual self and surroundings.

Brown defines spirituality, “as a deeply held belief that we’re inextricably connected to each other by something greater than us.”

In the church I grew up in, spirituality was measured by how shameful we felt in relation to others in the community. In the secular realm, others’ lack of “visible shame” prevented me from connecting with them in a genuine and compassionate way.

Now that I strive to consciously confront shame and address it at its root, I can say that I have never felt so gloriously connected to humanity and nature. While I respect Brown’s definition of spirituality, I would modify the “something greater.”

I believe that we’re all inextricably connected to one another by a humanity that chooses to transcend shame. To me, nothing is greater, or more profound than this.

Like Loading...
‹ “Immanent Inclusive Monotheism” with a Multiplicity of Symbols Affirming All the Diversity and Difference in the World by Carol P. Christ
Abortion–the topic that won’t go away–or even morph by Esther Nelson ›