Victor Pelevin is a prominent contemporary Russian author, with books translated into a multitude of languages. To me, his novels act as a series of Dhamma talks (Buddhist sermons, if you will).

I have also always thought that Pelevin’s novels can be broadly divided into two groups: “This is how to do it” and “This is how not to do it” groups. For instance, “The Clay Machine Gun” and “The Sacred Book of the Werewolf” are “How to do it” stories, with the protagonists reaching his and her (respectively) destinations. “Babylon”, on the other hand, is the “How not to do it” story, as the protagonist ends up enslaved by the world he has created. 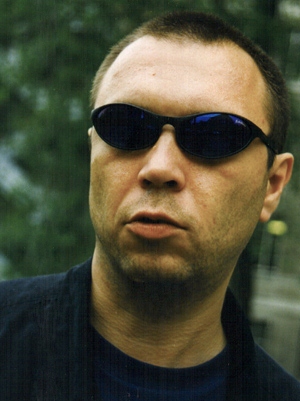 One of my favourite novels by Pelevin is “Life of Insects”, which tells the tales of a number of characters, all of them “How not to do it” stories bar one. One of the most interesting quotes from the positive story for me is “Don’t break the bucket”.

I find that this quote is relevant to the problems a feminist faces when dealing with non-feminists. A “bucket” is an assumed non-feminist personality, and it is difficult to know as you challenge and attack non-feminist views of the person when it cuts too deep into what they perceive as their core self.

In the novel, the protagonist Mitya talks to his friend Dima (Hint for non-Russian speakers: Mitya and Dima are both variants of a Russian name Dmitry). At one point, Dima demonstrates to Mitya effects of Buddhist meditation: watching your thoughts, feelings and even the process of watching. To Mitya, it feels like looking around and up from a deep well. In addition, it is the well that Mitya perceives as the real “him”, while the bucket from which Mitya looks at the well is only his visible, apparent “self”.

At this point Dima cries from above: “Careful! Don’t break the bucket!”

I think I understand this metaphor by Pelevin as an indication that although our familiar selves are illusory, they nevertheless have conventional reality. While Buddhist meditation aims to peel off layers of “ego”, “self”, or “identity” one by one, it is an incremental process. Sudden or deep peeling off layers stops being peeling and becomes a wound. And wounds can bleed to death.

In Buddhist practice, students are not encouraged to jump to deep philosophising or ontological questions such as: “How the world started?” when they are in the beginning of their path. A good foundation in quieting and calming the mind is needed first, as well as a good deal of foundations of joy (yes, a Buddhist practice), universal love (also a Buddhist practice) and of course morality.

Through Buddhist practice, I have come to see that our personalities consist of everything we picked up along the way: our genetics, upbringing, education, and all encounters of our lives. Therefore, it is theoretically possible for each of those to be analysed, deconstructed, and left behind.

However, prevalent social mores, such as patriarchy, can act as a sort of a force field, fusing these disparate experiences into a coherent whole. From this stage it can be very difficult for an individual to reject certain patterns of patriarchal behaviour and thinking, as these are seen as “self”. These patriarchal ways become as dear to a person as their own flesh, as their love for their Mothers, children, their home and so on.

As people pursuing a spiritual path, we strive to treat people with love and respect. However, what are we to love and respect: the person or their patriarchal ways? What if challenging patriarchy in a person causes them pain and suffering?

This problem becomes particularly acute when the person you are dealing with is someone close to you: a family member, a lover, or a friend. It becomes even worse when the tension has gone on for a long time. You may seem to be nagging and choosing to remain in conflict with the person, all due to your feminist convictions.

You start asking yourself questions: “Why am I carrying on with this?” “Would it not be more compassionate to give them some slack?” “Would it not bring some peace into our relationship if I let go just a little bit of my feminism?” Compassion and peace are both desirable aims of any spiritual path.

I have no one definitive answer to these questions. In Buddhism, especially Mahayana Buddhism, a lot is said for “skilful means”: finding the correct way to resolve every situation, depending on particular circumstances. Another important principle of Buddhism is combining wisdom and compassion.

I believe that compassion should not include aiding and abetting patriarchy. I also believe that wisdom lies in understanding that sometimes patriarchal views are too deeply intertwined with a person’s blood and bones that a relationship is in fact impossible.

However, if this sounds too defeatist, I might add that ultimately we should aim at increasing our wisdom. This will allow us to find skilful means that can release a person from the grasp of patriarchy. In addition, raising awareness and educating young generation as well as adults about patriarchy and feminism can bring about eradication of patriarchal components that are available for constructing people’s personalities.

Oxana Poberejnaia was an Officer of the University of Manchester Buddhist Society while studying for a PhD in Government, and has been involved in organising the Manchester Buddhist Convention, now in its 9th year. Oxana is now exploring the Sacred Feminine through marking seasonal festivals, working with her menstrual cycle, frame drumming and shamanic journeying, while keeping the practice of Buddhist meditation. Oxana is an artist and an author. She teaches frame drumming and meditation. Her works can be found on her blog. http://poeticoxana.wordpress.com