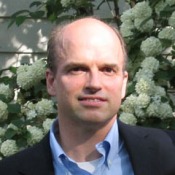 In the 1930s two ancient storerooms in Afghanistan near what is now the Bagram US Air Base were discovered by French archaeologists and unsealed for the first time in about two thousand years.  They contained artifacts from all over the ancient world, evidencing just how active trade then was along the complex network of routes known collectively as the Silk Road.  Among the artifacts in one of the storerooms was a plaster statuette of Aphrodite (‘Bagram Aphrodite’).

Though it is not known what the motivation originally was for acquiring the Bagram Aphrodite, its presence in Afghanistan arguably evinces an interest in female spirituality–if not in the owner of the storerooms then among some of the people in the market for which she may have been destined.  Evidence of such interest among Buddhists is to be found in the Flower Ornament Scripture (FOS), a compendium of sutras dated to approximately the same time (and possibly the same region) as the storeroom containing the Bagram Aphrodite.  Female spiritual figures, both mortal and immortal, some portrayed as having official positions, others without any, are prominent in the final chapter of the FOS, so prominent that one scholar suggests Buddhist women of the time in some way influenced its composition (see Douglas Osto, Power, Women and Wealth in Indian Mahayana Buddhism).

Among those figures, one of particular interest is a woman with the name ‘Friend of the World’ (Vasumitra), portrayed as enlightening in a variety of ways.  Some would need only to talk with her or gaze at her.  Others she would enlighten by holding their hands or embracing or kissing them–or more.  The language is suggestive but not explicit.  Though the introduction of Vasumitra in the FOS narrates a split opinion regarding her in the local community, those who would seem to represent the ones responsible for the FOS characterize contact with her positively, claiming she causes the attainment of ‘dispassion’ (viraga).

‘Dispassion’ is a correct translation, but the components of the underlying Sanskrit suggest it refers to the absence (vi) of color (raga can mean ‘red’) in a person’s complexion as a symptom of having achieved an orgasm.  Though orgasmic bliss as a manifestation of spiritual enlightenment is attested in pre-Buddhist Sanskrit texts where the focus is on the male orgasm, the Bagram Aphrodite seems to me to encourage speculation on whether Sappho’s influence is at work in the portrayal of Vasumitra (if Aphrodite, as a statuette, could make the journey to Afghanistan it is as likely as not that some of Sappho’s poetry did).  For example, Sappho specifically associates her own orgasm (S.31) with a change in complexion she associates with feeling like dying (the ultimate in ‘dispassion’) triggered by no more than seeing and hearing her beloved (cf. ‘talk with’ and ‘gaze at’ Vasumitra).

Absent a substantial increase in the quantity and quality of evidence proving a connection is unlikely to be possible.  Yet, a consideration of how Sappho’s poetry might have been received by the FOS community is nonetheless a useful interpretive exercise.  For unlike the Bagram Aphrodite, which dates from centuries after Sappho and was surely commissioned and created by men, the prayer Sappho offers to Aphrodite (S.1) arguably ‘embodies’ Aphrodite in a far more authentic manner and one that happens to resonate with the poetic tradition of India.  As Tatyana Elizarenkova notes, for Vedic poets “to utter or invoke the name of a deity . . . meant a communion with the inner essence of the deity . . . ‘to know the name’ was equal to gaining access to the mystery” (Language and Style of the Vedic Rsis (LSVR), p101.  This tradition was absorbed into Tantric Buddhist mantra recitation, often consisting of as little as one line of a sutra or even one syllable, as a means for actualizing enlightenment that was equated with envisioning Buddha everywhere.

Consider the reading of the first line of S.1 Anne Carson adopted for her translation: poikilophron athanat’ Aphrodita.  Though Carson translates the first word as ‘spangled’ (poikilo-) ‘mind’ (-phron), given Aphrodite’s location in heaven and the various meanings of phron (discussed in my last post) it should perhaps be translated ‘rainbow colored heart’ (hence, ‘Deathless Aphrodite of the rainbow colored heart’).  The repetition of the sound of the word for heart in Aphrodite reveals the inner essence of her name: it symbolizes the belief that Aphrodite was in some sense born within each person.  The meter here is thus symbolic of the beating of the heart and that beat is enhanced by the triple alliteration of ‘p’ and ‘t’ (each ‘h’ can be ignored as might have been the case with Sappho’s pronunciation).  Aphrodite is deathless precisely because with this line–as good a mantra as any–her heart is ever beating.

What happens as S.1 comes to a close is not clear.  A conjectured reading of the last line of the penultimate stanza makes Sappho’s intentions seem clear, resulting in a stanza that is populated with female personal pronouns in most translations, but which has none in Greek.  It is possible Sappho is being deliberately obscure or vague.  The lack of specificity as to who is speaking in the last two stanzas seems to effect what a Buddhist would call an interpenetration of subject and object: poet, goddess and audience/performer all share the same voice.

Such a poetic technique is also comparable to that of the Vedic poets (cf. LSVR p272) and recognizing it as such yields a surprising insight into Sappho’s unique spiritual sexuality.  Obscurity in language would not seem to correspond to nudity in art: Sappho might not have approved of the Bagram Aphrodite.  Vagueness does correspond, however, to a loss of color, if color of whatever type is taken to be symbolic of the individual human or one type of sexuality or passion.  The sexuality Sappho finds spiritual would seem to be one where individuality is lost, if only for a moment, and if only with the glance of an eye or press of a hand, but in a manner analogous to the special sense of ‘forget’ discussed in my last post, as when the colors of a rainbow are not really lost but rather ‘forgotten’ as they resolve back into the white light from which they come.

Like Loading...
‹ Daphne’s Salvation? by Natalie Weaver
‘Anjea’ – A Prayer in Paint for the the Protection of this Ancient Sacred Land by Jassy Watson ›