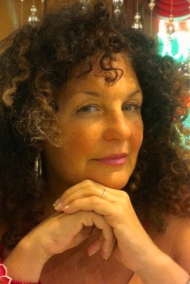 What follows is an excerpt from my current project—a novel I have been working on for over ten years. It is finished—sort of— in various journals and I am currently trying to pull them all together. These are the opening pages. Thank you so much for your support of my work. The novel is called- That Christmas Morning Feeling.

This is how I feel about incest, I mean learning to talk about it…speak Incest, as in capital “I” – Incest, like French, German, – Incest…right? Because you don’t talk about it, you talk it…you, as in you alone, you talk it; you use it in a sentence. “This is what happened to me…” And no one talks back.

And, why compare it to French or German? There are whole countries who will talk back to you if you speak French or German. Learning Incest is like learning Martian – you think to yourself, maybe there’s a planet somewhere where learning Martian would be useful…but it is certainly not here… no one can speak Martian here, correct your grammar, help you write a poem, check your iambic pentameter…whatever. My point is, learning Martian, well, if you learned it…how would you ever know if you were speaking it right? If someone on Mars could actually understand you? Of course, you wouldn’t know. You would just have to really love Martian enough to learn to speak it – even though…And then, of course, assume that you might meet and if you ever did meet a Martian and you had invested all this time in learning Martian just in case you would ever run into a Martian, you’d hope that he would understand you. Or she. Whatever.

But my point is regarding when no one talks back to you. If no one talks a language back to you – why the hell would you bother learning to speak it? I mean, there’s rarely a call for ancient languages in conversation as it is, right? Who goes around speaking, for instance even what Jesus spoke, Aramaic for God’s sakes I guess, and expects someone to listen? And if anyone was going to learn a language no one speaks I guess it would be that…what Jesus spoke…at least you’d know he’d be listening. Of course the prevailing notion here on planet Earth is that Jesus is multi-lingual so really no need to bother. But, just in case you were worried about you know, the translation part… You’d know OK, I am speaking God’s language.

Well that’s not how I feel speaking Incest, and not how most people feel, at least not most people that I have met. Incest is not God’s language. I could disagree with this, but I don’t really have a strong argument.

So, what I mean is that when I learned to speak “Incest” no one spoke it with me, so there’s no use in learning a language that no one speaks. That’s all I’m saying. And I don’t know why I’m bothering once again…you’d of thought I had learned my lesson.

But it’s like…that person in the park looking at the sky? What does she want? Does she want to be left alone? If you sat down next to her, and you had compassion, and so…she started talking… and talking? And it would be like no one had listened to her for so long. The mouth engages and the voice tumbles out and it becomes a storm, a river, an ocean current and you are drowning in words.

The journals in the attic—waiting to be read. If you found them, this whole life would tumble out of them. Perhaps no one had heard this life. It too falls at you like rain, and then the storm. What can you do about a life? Fix it? Publish it?

These twenty-one journals were addressed to someone. They were written with the purpose of directing someone who had not shown up yet.

These were girl diaries. Padded covers pre-dated one page entries, with keys taped to their backs, embossed with 60’s flowers of power, and also marbled notebooks swirling with doodles…or cast off appointment calendars from the bank. All of these would be used to tell the story, which was now boxed up and hidden beneath the floorboards of the attic.

They waited in boxes cushioned with ephemera – cigarette butts, pennies, a baseball mitt — all these things to help say yes, the impossible story they told was – true.

Here is the mitt I wore. Here are the cigarette butts I collected. Here is the maroon and gold tea set cup I lost and found. Here—the glow in the dark rosary even. Like if Dorothy got to come back with the ruby slippers…see? I really did go to Oz, she says. Look.

But, like Dorothy one rarely gets to come back with the really important artifact. The one that proves beyond all doubt—yes, it happened. Not everyone gets a book from Clarence, the angel, like Jimmy Stewart in his Wonderful Life. That only happens in the movies.

The diaries didn’t want to depend on the softly glowing rosary or the musky mitt – they wanted to be taken on their own. Of course they itched for human flesh, the touch of fingers to turn their pages. But like anyone, or thing that has waited so long, they had intimacy issues. At one time they were so accessible they were originally written by someone who used them as a lifeline – clutched them, cried into them, mingled tears and cigarette ash on their pages. They were almost human, almost in relation to someone else.

Now, they waited a heartbeat in the attic. And like that person in the park, once someone turned the pages they would talk. They would not stop.

This is my place. This page is my page. I am eight. I am this page. This is my book. I have a key. I can close it and lock it.

The little padded books were locked with unknown history, not just with little gold keys. They waited, not sleeping, waiting beneath the floorboards under the Mexican blanket.

If a journal sits in an attic and no one reads it, does it exist? Heart beat. It was only a matter of time before someone found them. Beat. Beat. Or not?

They didn’t want to be found by someone other than the person they were addressed to. They didn’t want to be read –just to be read. Or worse, not read at all. Inanimate things become animate when they are deeply connected to someone’s story. When they are the ruby slippers- the piece of the puzzle that will complete the picture. The music box that suddenly reveals the piece of paper when it is finally played by the right person and proves that the father was a Nazi. If you invest an object with the ability to tell a story, it will refuse to be inanimate.

The journals knew now that they were the key. All of them – it would take all twenty-one of them to tell the whole story. Objects with the ability to complete a story also know who they have to tell it to and they begin to beat, to breathe towards that person.

And so it happened that Chris was drawn to the attic when he was “grown up,” at 21. And the first time he went there he cried for no real reason—just that his sister “Baby Ruth” had changed her name in a burst of seventies feminism perhaps? To Roxanne.

It was a good twenty years since then, and Chris still went to the attic and he still felt nostalgic? Melancholy? All of those things were in the attic, and he was drawn there.

He didn’t know that the attic was also drawn to him.

This is my place. This page is my page. I own this page.

Like Loading...
‹ Settling into God during the Demise of Gender Neutral Language by Dirk von der Horst
Sita Sings the Blues. Literally. by Vibha Shetiya ›