Home › Dreams and Dreaming › Stealing the Yarn: Jewish Women and the Art of Feminist Dreaming (Part 2) by Jill Hammer

Stealing the Yarn: Jewish Women and the Art of Feminist Dreaming (Part 2) by Jill Hammer 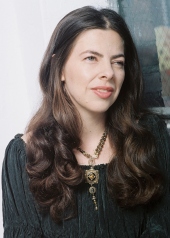 In my last post, I discussed the uses of dreamwork for Jewish women who are uncovering their own spiritual language. The protagonists of recorded Jewish dreams, from Joseph to the dream interpreters of the Talmud to the kabbalists, tend to be male. Yet there is a legacy of Jewish women dreaming, occasionally documented, and painstakingly uncovered by researchers. This hidden history offers us resources for understanding the women of the past, and for connecting to women in the present.

The Roman poet Juvenal (2nd. cent. CE) mocks a poor Jewish woman of his time for sitting under a tree and telling the meaning of dreams, calling her “high priestess with a tree as temple.” Much later in history, Hayyim Vital, the disciple of master kabbalist Isaac Luria, records in his diary that Jewish women in the city of Sfat (Jewish holy city in Galilee known as a center for Kabbalah) in the early 17th century were actively engaged (along with men) in recording, sharing, and interpreting dreams. Vital mainly records women’s dreams when the women dream about him! He saves these dreams from the dustbin of history, ironically, because he sees the dreams as prophecies of his greatness.

For example, Vital records the dream of a friend and patron, Rachel Aberlin. In the dream, Aberlin watches Vital eat a feast of vegetables at a table full of sacred books. Behind Vital, a fire rages, yet does not consume the pile of straw in which it burns. When Aberlin shares the dream, Vital understands this dream to be a manifestation of a biblical verse: “The house of Jacob shall be fire, and the house of Joseph flame, but the house of Esau shall be straw” (Obadiah 1:18). Aberlin, however, responds to Vital’s interpretation: “You quote me the words as they are written, but I see them as a reality.” (Between Worlds: Dybbuks, Exorcists, and Early Modern Judaism, p. 106ff).

Vital sees the dream’s fire as his own spiritual fire, witnessed by Aberlin. Yet we might read the dream differently. In our dream of Aberlin’s dream, we might imagine that Aberlin’s dream encodes her experience of watching Vital consume the nourishment of sacred books, which she, as a woman, is denied. Yet, the dream suggests, the fire of revelation is behind Vital, eluding him. Within the dream and in waking life, Vital is focused on text, but Aberlin, like Moses, perceives the fire that does not consume. Aberlin, not Vital, is the prophet in the dream— and the waking Aberlin says so. Vital records the dream, without recognizing Aberlin’s implicit criticism of his way of knowing.

In another dream, dreamed by a woman named Merchavah, the dreamer walks through a doorway and finds herself in a garden with pools of water. A woman is sitting in a high attic, and Merchavah questions her about who gave her permission to enter this garden, “whom no one has permission to enter.” A voice says that Rabbi Hayyim (Vital) gave her permission to enter, and Hayyim Vital appears and says: “Here, this is the true place.” Again, Vital sees this dream as a prophecy of his own spiritual greatness, but we might equally see it as a dream in which Merchavah gains entrance to the “garden,” which in Jewish tradition represents spiritual illumination, and discovers there a woman high above her—perhaps Shekhinah, the divine feminine. In the dream, Vital serves as a gatekeeper and adviser, telling Merchavah she has found the place of divine presence. (Jewish Mystical Autobiographies, p. 142-143).

Reading Vital’s diary, I am struck by the treasure trove of the dreams of Jewish women mystics (a treasure trove unique in Jewish history) that he recorded almost by accident. When people ask me if there were any women kabbalists, I tell them about the dreaming women of Sfat. In fact, the kabbalah went on producing women who work with dreaming. Catherine Shainberg, for example, is a psychotherapist who works in New York City, teaching about how to work with images generated in dreams and waking visualizations. Her teacher was Colette Aboulker-Moscat, a well-known meditation teacher in Jerusalem in the 20th century, who received her visualization techniques from a long line of kabbalists in her family, dating back to Isaac the Blind in 12th and 13th century Provence.

Every few years I take my rabbinical, cantorial, and priestess students to Catherine, so they can experience her method firsthand. In another contemporary tradition, some graduates of the Kohenet Hebrew Priestess Institute, which I co-direct, have become dreamworkers, using various tools including dream circles (a community dream-sharing method) and dream courts (a Talmudic practice). They bring much wisdom to their work. I am excited to see Jewish women finding gifts of spirit through dreaming.

I continue to find inspiration, beauty, terror, and love in my dreams. I also find room for feminist analysis. In one dream several years ago, I had stolen colored yarns in bright colors from two men who lived in the apartment above me. I became afraid the men from whom I stole the yarn would burn me at the stake, and imagined my epitaph: the biblical verse describing the colors of the Tabernacle: blue, purple, and crimson. I even saw my gravestone, engraved with this biblical verse. Then, I found myself standing before the door of my apartment, a broken door, as someone began to enter.

One key to this dream is that “yarn” can also mean story. In the dream, I steal the sacred yarn in the colors of the holy shrine. Another way to say this: I have claimed a sacred story that others said was not mine. Maybe this is Jewish tradition. Maybe it is even the dream itself. Somewhere within me, I fear that like women of spirit in past generations, I will be persecuted for what I have done. Yet the dream puts me not in a grave but in front of a broken door: a door I can no longer close. In spite of my fear, in spite of the repercussions, I have to let in whatever the dream brings. It is, after all, my dream.

Rabbi Jill Hammer, PhD, is the co-founder, with Taya Shere, of Kohenet: The Hebrew Priestess Institute. She is the co-author, also with Taya Shere, of the newly published The Hebrew Priestess: Ancient and New Visions of Jewish Women’s Spiritual Leadership, as well as Siddur haKohanot: A Hebrew Priestess Prayerbook. She is the Director of Spiritual Education at the Academy for Jewish Religion, a pluralistic Jewish seminary. Rabbi Hammer is also the author of Sisters at Sinai: New Tales of Biblical Women; Sisters at Sinai, and The Omer Calendar of Biblical Women, as well as a children’s book, The Garden of Time, and a forthcoming volume of poetry, The Book of Earth and Other Mysteries. Rabbi Hammer was ordained at the Jewish Theological Seminary and holds a doctorate in social psychology from the University of Connecticut.