Home › Ancestors › A Tale of Two Sisters and a Daughter and Niece by Carol P. Christ

A Tale of Two Sisters and a Daughter and Niece by Carol P. Christ

Agnes Lattauer Sweitzer: I thought the day Catherina left for America would be the worst day of my life. I did not know I would see Catherina again. I did not know I would outlive my two little sisters and both of my brothers. I did not know what my daughter would do. I read Catherina’s letters from America through my tears. How I wanted to be with her on her wedding day. How I wished she had been with us when we buried our sister Johanetta. My heart nearly burst when Catherina wrote that she longed to take my hand when she gave birth to her first child. My mind contorted itself trying to envision her living in a big city, in a big building, climbing up and down stairs, her feet never touching the earth, her hands never working the soil. What kind of life was that? 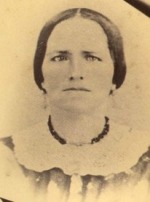 Catherina Lattauer Iloff: I left home a girl. Because I was not yet engaged, Mother and Agnes never told me about married life. What to expect. What to do. I loved Heinrich, or Henry, as he wanted to be called after he became a citizen of the United States. I was not prepared. Henry was so insistent. I was soon pregnant. First Henry, named for Henry’s father Heinrich, then Elisabeth, named for Mother. I had to care for them on my own. Henry was busy with his work during the days. In the evenings he went to the German beer garden to meet his friends. Growing up with my mother and sisters, I had never been alone. There were other women around, but they were busy with their own lives. Some of them were kind, some of them were not, but nobody cared about me the way Mother and Agnes did. One night Henry came home and told me he had been talking with his friends. There was land available in a place called Cherry Ridge, Pennsylvania, a  day’s journey from New York City. He said it was his dream come true. We would build our own house. There was plenty of land to farm—not like back home where there were never enough fields to go around. I held my tongue. I did not tell him that I suspected I was pregnant again. 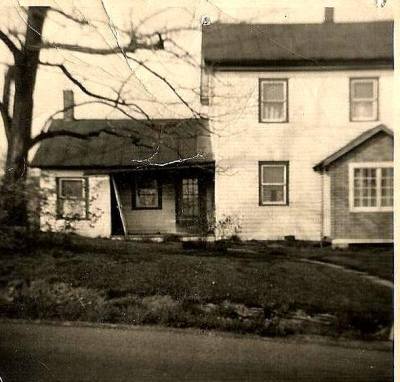 Agnes Lattauer Sweitzer: Catherina and Henry have been to Cherry Ridge. Catherina says there is land for us there too. I don’t know what my Heinrich will say. Life is difficult for us here, but we have two young daughters, Elisabeth and Johanetta, and the baby, Peter. There is Mother to consider. Well, you could have blown me over with a feather. Heinrich said we should grab the opportunity before it is too late. Mother said she would come with us, because she wants to see Catherina and Rudolph again before she dies. She is an old lady. I wonder how she will manage the journey. But I couldn’t say no. The two of us cannot contain our joy. We will see our beloved Catherina again.

Catherina Lattauer Iloff: My life is complete. Mother and Agnes and the dear little children arrived. Mother immediately took Henry and Elisabeth in her arms. Agnes comforted me about the loss of Baby John. I could finally allow myself to cry, knowing that Mother and Agnes would be there to wipe away my tears.

Agnes Lattauer Sweitzer: Our first years in Cherry Ridge were difficult. There were houses to be built, fields to be plowed, cows to be bought and milked. I had two more children, Henry, who died as a boy, and John.  My little sister outdid me. She had nine children in all: Henry, Elisabeth, John who died, John who lived, George, Catherine, Mary, Frank, and Barbara. Giving birth to so many children took its toll on her. After the last one, she was never well. I think she may have been pregnant again several times, but she never spoke about it, not even to me. Finally, she took to her bed.

Catherina Lattauer Iloff: I had nine children. I never told anyone about the babies I lost before I began to show. Mother and Agnes worried that I was having too many children. But what could I do? I loved Henry, and I loved every one of my children. Mother died a few years after she came to Cherry Ridge. She always said she was so happy she had undertaken such a great adventure. She was pleased to know that Agnes and I were settled and happy. I miss her every day. Agnes is always by my side.  I was forty-two when Barbara, my last baby was born. I bled a lot. After that, I never carried another child to term. I was never myself again. Agnes is my rock. Johanetta helps with the little ones. Henry is still strong as an ox, busy in the fields or with the cattle. I see that Johanetta hangs on his every word. I dismiss such thoughts from my mind. I do not know how much longer I have.

Agnes Lattauer Sweitzer: Catherina died yesterday. She was only  forty-six (I am now fifty-six), and she had not been well for several years.  I told her to stay away from Henry, but she was powerless to do so. Sometimes I blame him for her death. I worry about Johanetta now. Wild horses will not keep her away from Henry. I see the way she looks at him, and I see the old goat looking right  back at her. She is twenty-six, a full grown woman. 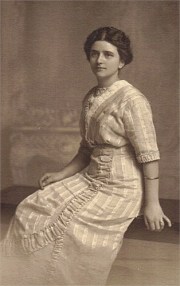 Johanetta Sweitzer: I can’t believe it! Henry asked me to marry him. Mother is furious. Father says he should have whipped me a long time ago. But they can’t say no. I told them I am pregnant with Henry’s child. The older children are shocked that their cousin is marrying their father. The younger ones are thrilled. They have always viewed me as a second mother as well as an aunt. I have been looking after all of them these last years what with Aunt Catherina being so ill. I love those children.

Agnes Lattauer Sweitzer: I had to forgive Johanetta, but I will never forgive Henry. I smile when I see him to keep the peace, but my heart is cold. Peter was her first-born. After that she had Agnes and Emma, who died of some of those diseases children get. I could not help wondering if that was God’s punishment.

Johanetta Sweitzer Iloff: Henry and I were married  for twenty years. Except for losing Agnes and Emma, those were the happiest years of my life. In all, we had nine children: first Peter, Agnes, and Emma, and then, Anna, Lawrence, Charles, Robert, Otto, and Phillip. Henry was a good man. He worked hard all of his life to support his family. We lost the second John a few years ago, but there were fourteen living children to mourn Henry’s death. The little ones are still with me, some of the others are scattered to the winds, and quite a few are settled around here, raising families of their own. While he was still strong and able, Henry was elected Commissioner of Wayne County. He served his fellow countrymen proudly for years. I wish Mother had been alive to see that. Maybe then she would have understood what a wonderful man he was. 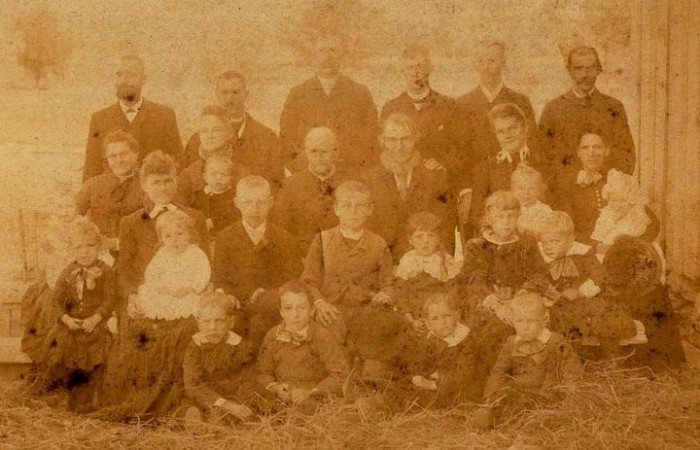 Henry and Johanetta, second row, center right with some of Henry’s children and grandchildren

Goddess and God in the World: Conversations in Embodied Theology with Judith Plaskow will be published by Fortress Press in August 2016. Exploring the connections of theology and autobiography and alternatives to the transcendent, omnipotent male God.

Like Loading...
‹ Practical Lessons in Kindness from the Grasshopper and the Ant by Barbara Ardinger
A Short Lesson in Subjugated Knowledges ›