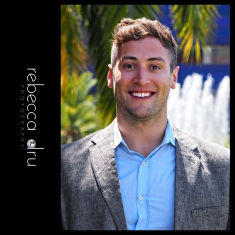 I want to tell you a short story about the small town of Ripon, WI. On May 19, the local newspaper, The Ripon Commonwealth, which has served as the town’s paper since 1864, published a story regarding the political right’s uproar concerning President Barack Obama’s executive order that all public schools must allow transgender individuals to use the bathroom which matches that of their gender identity. Angry and upset, the paper’s education reporter wrote an article expressing his clear disdain for the President and also expressing a clear lack of empathy, understanding and sheer bigotry towards the transgender community.

Growing up in Ripon, I always read the paper when it came out on Wednesday evenings. Those of you who grew up in a small town can attest to the luxury of seeing friends, family members, and even the smallest ongoings in one’s town in print for the entire town to see and talk about. However, one thing I never saw in the paper was the clear hate I read in Mr. Becker’s article (the author of said piece). Enraged, I immediately asked myself: what can I do? Having connections back in Wisconsin, I immediately turned to friends who owned businesses, a friend who is the Director of a vocal and important group in the town, and community organizations and friends to begin to write letters.

After the threat of a boycott of the paper by local businesses, both LGBT and not, which could become very real and financially damaging for a local paper which relies heavily on ad revenue, the publisher of the paper, whom I’ve always respected, met with a local business owner and friend of mine. During this meeting, they had an educational and empowering conversation regarding the multitude of issues and life threatening challenges that transgender individuals face (as well as gay, bisexual, lesbian, and queer people), and the publisher of the paper agreed that the article was wrong and that there would be an in-person interview with my friend about the importance of education regarding transgender issues. The follow-up article was published a few weeks later in the paper. Needless to say, it was wonderful to see not only the submissions from local townspeople to the “Letters to the Editor” section calling the original article what it was – bigotry – but more importantly, the empowering responses from the local community that proved Ripon would not let this type of hatred and intolerance go unanswered.

We had won! It was a small victory, but the ability to have a full-spread article talking about the importance of not only transgender rights, but also LGBQIA rights, was a significant step for those who are still in the proverbial closet as well as for those that are out and proud.

I’ve been thinking about the story regarding the anti-transgender piece in my local newspaper a lot since Saturday when at least 50 people were killed and another 53 individuals were critically injured after a gunman opened fire at Pulse, a local gay club in Orlando, FL. I’ve tried to cry, I’ve tried to get mad, I’ve tried to pray, I’ve tried to mourn the fact that we lost so many people on Saturday because of one individual’s hatred both of himself and those that he could not bring himself to understand or accept.

While out walking, I asked myself: I wonder how this level of hate was created in him that made him believe that he was right to hate the people who were dancing in Pulse on Saturday night? Was it a religious text? Was it something online? Or, was it an article in a paper that made him feel correct and righteous in his discontent for the LGBT community that he felt justified taking an AR-15 into a club and leaving a wake of destruction in his path? That’s how hate begins: with people seeing hate in the world and thinking it’s ok to hate people that are not like them, or, having one’s hate validated by the pundits, letters to the editor, political and religious demagogues, and other figures that symbolize the acceptance of hate.

If you do anything in the wake of Orlando, make sure that every time you smile, every time you laugh, and every time you cry, you remember the names of those we lost. Remember their ages, their stories, and their smiles. Remember the loss, because we’re going to need it for the tomorrows to come and for those that need our protection the most: the next generation.

Remember, we are Orlando; now, tomorrow, and always. 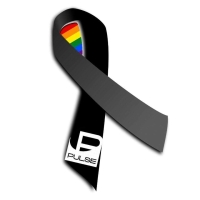 John Erickson is a Ph.D. Candidate in American Religious History at Claremont Graduate University. He holds an MA in Women’s Studies in Religion; an MA in Applied Women’s Studies; and a BA in Women’s Literature and Women’s Studies. He is a Permanent Contributor to the blog Feminism and Religion, a Non-Fiction Reviewer for Lambda Literary, the leader in LGBT reviews, author interviews, opinions and news since 1989 and the Co-Chair of the Queer Studies in Religion section of the American Academy of Religion’s Western Region, the only regional section of the American Academy of Religion that is dedicated to the exploration of queer studies in religion and other relevant fields in the nation. He is currently the President of the University of Wisconsin Oshkosh’s LGBTQA+ Alumni Association, the Vice- Chair of Public Relation and Social Media for the Stonewall Democratic Club, and the Non-Profit and Governmental Liaison for the Hollywood Chapter of NOW (National Organization for Women). When he is not working on his dissertation, he can be found at West Hollywood City Hall where he is the Community Events Technician and works on policies and special events relating to women, gender, sexuality, and human rights issues that are sponsored or co-sponsored by the City of West Hollywood.  Additionally, he serves as the President of the City’s employee union, Local 3339, which is part of AFSCME (American Federation of State, County, and Municipal Employees).  He is the author of the blog From Wisconsin, with Love and can be followed on Twitter@JErickson85

Like Loading...
‹ Goddess Politics and the Cauldron of Memory by Kavita Maya
The good vs the better by Oxana Poberejnaia ›