Home › Earth-based spirituality › The Coming of Spring: Reflections on Pesach and Judaism by Ivy Helman

The Coming of Spring: Reflections on Pesach and Judaism by Ivy Helman 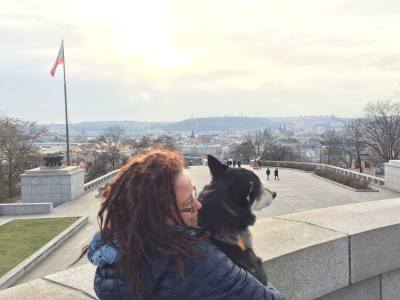 It is, I think, quite common knowledge that most Jewish holidays relate to the seasonal cycles of the Earth.  Sukkot celebrates the fall harvest.  Chanukah sheds light on the winter darkness.  Tu B’Shevat marks the end of the dry season and so begin the prayers for rain in Israel.  For Purim, we throw off our winter doldrums and let off a little steam to settle our cabin fever.  Pesach is no exception: welcome spring: birth, renewal and even creation.  The leaves return to the trees, baby animals are born, flowers bloom, warmer weather arrives and somehow the possibilities of the coming summer are endless.

In fact, the associations between Pesach and spring are many.  Arthur Waskow in Seasons of Our Joy explains the origins of the connections (pages 133-139).  There were probably two different seasonal celebrations – one of shepherds and one of farmers – that came together around the time of the Babylonian exile into one festival which we can see in Exodus 12 – 13: Pesach.  Farmers in preparation for the harvest of spring wheat cleared out the old crumbs and fermentations of the last year to make room for the new.  Shepherds celebrated the arrival of baby sheep and their flock’s fertility in general by slaughtering a sheep, putting its blood on their tents and dancing around a fire.

The tradition of the Seder arrives later and pulls from outside influences to gain its shape and character.  For example, Roman citizens reclined at dinner.  The Greek and Roman symposiums contributed not just to the idea of discussion while dining but also supplied the concept of the four cups of wine: two before and two after the meal.  In addition, the Torah adds just how important the season of this holiday is by prescribing its timing: “Thou shalt therefore keep this ordinance in its season from year to year,” (Exodus 13:10). 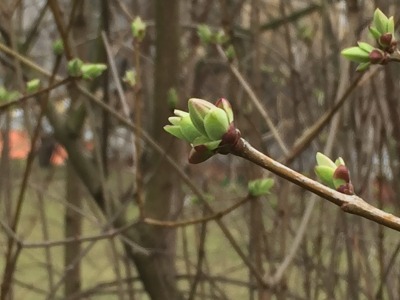 This is why the Hebrew (lunar) calendar adds an entire month every so often, so the seasonal festivals continue to match the Earth’s seasons.  But, what does it mean to say that there is a relationship between the seasons and the holidays?

First and foremost, it connects Jews and Judaism deeply to the health and welfare of the planet.  It also illustrates just how much our lives are dependent on the world around us.  Without this renewal crops cannot grow, new sheep aren’t born, etc.  Rebirth is also beautiful, colorful and vibrant like the blossoms of trees and the emergence of daffodils.  I could continue.

Second, we have a considerable amount in common with those religious groups that also recognize and revere the change of season and the cycles of the Earth yet who perhaps understand the relationship between the divine and themselves differently than we do.

Finally, I think it is essential to note that Jews connected the events of the Exodus to older indigenous traditions already present among the people and supplemented it with later Greek and Roman influences.  For as much as some Jews want to suggest that the practices, principles and even halakha of Judaism are eternal and therefore unchangeable, these facts suggest the opposite to be the case.  While I appreciate many styles and forms of religious observance, change is crucial to the development of Judaism because it enriches, renews and transforms the old into something new.

Examining that last point further, we cannot ignore how our foundational festivals and quintessential holidays come from pre-Israelite customs.  We are not and never have been immune from outside influences.  Take the stam yeinam halakhic discussions and concessions ( when Jews were permitted to sell wine in Europe).  What about the destruction of the temple, exiles, kiddush hashem and the Jewish martyr, Haskalah, assimilation, nationalism, the creation of Israel, etc.  Jews have always had to adapt.

Yet, through this adaptation we also often learned what was important.  When the temple no longer stood, we adopted prayer instead of sacrifice.  We are the people of the book.  When anti-Semitism was at its worst, we adopted the idea of a modern homeland in our ancestral lands.  We birthed Israel, our homeland.When we are challenged or judged or questioned, we reflect, we renew, and, quite often, we change.  And,we still need to be changing.

We need to find better ways to incorporate women as equals into many of our communities. Do we still need ten men to create a minyan (10 is the number required to say certain prayers), as is still practiced by the Orthodox?  Even in congregations with women as rabbis, why do many of us continue to default to a male rabbi’s opinion over hers?  Where are the girls in our haggadot (Passover ritual readings)?

We need to figure out how to improve the lives and treatment of the animals we eat rather than just be all caught up in their proper slaughter.  What is the life like of the animals we eat? Do we need to eat so much meat?  Given how much Pesach is a meat festival, how can we celebrate our liberation when we are eating animals?

We need to reevaluate our kosher practices, Pesach halakha and Shabbat observances to reduce waste from disposable plastic cutlery, cups, plates and tableware as well as the over-use of aluminum foil.  Do we really think that non-decomposable waste is in the spirit of Shabbat?  Does kosher for Pesach really require so much aluminum foil?  How do the poor among us afford kosher-for-pesach food? (Note: for those who keep kosher, kosher-for-pesach requires extra sets of dishes and cooking pots; those who do not have extra sets often use plastic and aluminum foil.)

Even if we changed all these, we would certainly not be finished.  Yet, Judaism is a spring-time religion.  It was born in the spring.  It is infused with renewal, rebirth, blossoming at the same time it enriches spring symbolism to include liberation, freedom, community and covenant.  It sees the potential in life and understands the fundamental need for change and liberation.  Nonetheless, there is still blooming we are cutting off, rebirth we are delaying, renewal we are actively frustrating and liberations we are denying.

Perhaps the Pesach lesson for this year is just how much we are and are not really celebrating spring.  We are quite good at renewing and rebirthing our unquenchable thirst for justice and liberation each Pesach when we talk about causes outside of our communities.  However, spring also needs to come for Jews and Judaism as well.

Like Loading...
‹ Painting a Goddess of Grief by Angela Yarber
The Last Man on Earth, Noah, and the Fantasy of Humanity’s Destruction by Lache S. ›