Home › authority › If You Can’t Flirt, Don’t Have Sex by Trelawney Grenfell-Muir

If You Can’t Flirt, Don’t Have Sex by Trelawney Grenfell-Muir 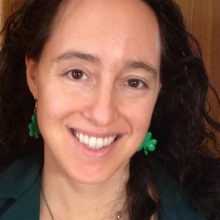 Like Loading...
‹ Yemaya, Mother Whose Children are the Fish by Judith Shaw
Photo Report from the 2nd Women’s March, January 20, 2018 by Marie Cartier ›