Home › General › A Time for Organized Rage by Gina Messina

A Time for Organized Rage by Gina Messina 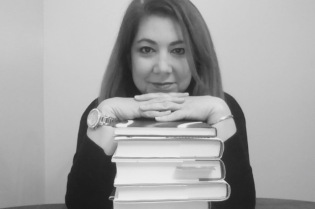 With the recent confirmation of Brett Kavanaugh and the torturous treatment of Christine Blasey Ford, we are reminded that we continue to live in a rape culture and very often, Christianity — and religion in general — is used as means to perpetrate misogyny and control the lives of women.

While there were many moments of the Kavanaugh hearing that made me gasp, one in particular was when Senator Kennedy asked the now Supreme Court Justice if he believes in God. Kennedy used Kavanaugh’s Catholic faith as the basis to vote in his favor. Rather than using his time to explore critical information revealed through testimony and investigative reports, Kennedy decided that God should be the focus of his questions and that Kavanaugh’s affirmative response meant that he did not assault Ford.

I wondered what Dr. Ford thought of this line of questioning. She had been humiliated, threatened, and forced out of her own home; and then her testimony was considered of no value because Kavanaugh believes in God?

Dr. Ford not only experienced a brutal assault that altered her life moving forward, she was then assaulted by the greater American community, the Senate, the President of the U.S., and the idea that a man’s faith trumps a woman’s experience (pun intended).

And isn’t this the case for so many survivors of sexual violence? From the physical assault to the assault by the community, the levels of victimization seem to be unending. And Dr. Ford’s case clearly demonstrates this — an assault that occurred when she was fifteen years old continues to re-victimize her decades later.

To injure a woman because of her gender is to wound her interiority, damage her self-concept, and belittle in a way that forces a woman into her “proper” role. It is reasonable to wonder why this level of atrocity has not been acknowledged and why there is no such thing as a hate crime against women.  Sadly, the response is that we live in a culture that has normalized such violence, especially for women of color who are disproportionately targeted.

Religion must be acknowledged as a major culprit in this normalization by perpetuating the ongoing culture of violence against women. From “texts of terror” to the construct of virginity as the source of shame and honor for women, religion has led the effort to control women’s sexuality while maintaining the patriarchy.

Justifying its misogynistic tone and the marginalization of women through problematic interpretations of scripture and theological teachings, religious traditions actively engage the rape culture in an effort to maintain a “boys’ club” and a global sociopolitical structure that relegates women to the underside of dualistic thinking.

Likewise, persons in power — like Kennedy — use religion as a means to maintain control and keep women from having their basic human rights acknowledged. And what could be more powerful than God? The teaching of complementarity has played a significant role in convincing society, including women, that our value is only found in our wombs. Likewise, it has been used in favor of keeping men in powerful positions.

As Mary Daly noted, if God is male, then male is God. The Kavanaugh hearing is a clear demonstration of this. No matter the accusations made against him, Kavanaugh was going to be confirmed because that is what the GOP — or the party of old white rich men — wanted.

As citizens have responded to such absurdity, the Trump Administration has sought to discredit them referring to dissenters as “angry mobs.” Newsflash: We are angry and anger is an appropriate emotion given the current state of our nation and the ongoing systemic violence that oppresses the historically disenfranchised.

In her article, “Systemic Violence and the Killing of Michael Brown,” Xochitl Alvizo eloquently explains why anger is necessary:

I cannot see another act of systemic violence as an occasion for remembering the victim with “reflection and understanding.” Instead my heart cries out in lament, it recognizes that this violence is systemic and it affects us all, and the experience of it is overwhelming. So it is right to be angry, to cry out, to go to the streets…Anger is a part of the work of love.

Trelawney Grenfell-Muir reminds us that even Jesus responded to injustice with righteous anger flipping tables in the temple. Christianity is often used to claim that we must be forgiving, a way of also keeping the oppressed under control. If we are forgiving and never speak up, never demonstrate our rage, those in power will remain in power. Thus, perhaps we need to follow Jesus’ example of responding to injustice. Forgiveness is a Christian value, but so are liberation and social justice.

There’s 167 million women in this country. If even half of us rise, even 1/10, no one can stop us. No one can silence us. No one can hold his hand over our mouth to muffle our screams. No one can laugh while trying to gang rape us. No one can mock our trauma one day and assault us again the next. No one can enslave, torture, imprison, subjugate, abuse, oppress, and kill us with impunity.

With Xochitl’s and Trelawney’s words in mind, it’s time for righteous anger. It’s time for organized rage. Often we think we can sit back and wait for someone “qualified” to make things right. But here is the thing, who really is qualified? What does that even mean?

Rather than waiting on someone else, we need to come together to create the change we want to see. Organizing action around rage is not unreasonable; sometimes it is the only thing that motivates us to get involved. This is not a call to voilence, but a call to interrupt violence. We need to come together, organize rage, reclaim power, and propel social change.

Gina Messina, Ph.D. is an American feminist scholar, Catholic theologian, activist, and mom. She serves as Associate Professor of Religious Studies at Ursuline College and is co-founder of FeminismAndReligion.com. She has written for the Huffington Post and is author or editor of five books including Jesus in the White House: Make Humanity Great Again and Women Religion Revolution. Messina is a widely sought after speaker and has presented across the US at universities, organizations, conferences and on national platforms including appearances on MSNBC, Tavis Smiley, NPR and the TEDx stage. She has also spoken at the Commission on the Status of Women at the United Nations to discuss matters impacting the lives of women around the world. Messina is active in movements to end violence against women and explores opportunities for peace building and spiritual healing. Connect with her on Twitter @GMessinaPhD, Instagram: @GinaMessinaPhD, Facebook, and her website ginamessina.com.

Like Loading...
‹ Love a Good Fail, and Fiona Apple is my Liturgy this Morning by Lache S.
Fierce Heart: The Power of Women’s Voices by Elizabeth Cunningham ›