Home › animals › Lion – Guide to the Power that Resides Within, by Judith Shaw

Lion – Guide to the Power that Resides Within, by Judith Shaw

Lion, ancient symbol of strength and courage, is found in cave art from our early days. From the Egyptians to the Medieval Christians, lion could represent danger and chaos or protection and triumph over chaos. But through it all lion’s traits of strength and courage – power and vitality –  remain at the core.

Panthera leo, a member of the family Filidae, is very large, second only to the Siberian Tiger. They are the largest cats on the African continent, being threatened themselves solely by hyena packs and man.

Having once roamed Africa, Asia and Europe, today lions are exclusively in central and southern Africa and in India’s Gir Forest.

Royalty, Leadership, Power
Lions are well equipped hunters. With exceptional senses of hearing, sight and smell, powerful jaws with flesh-slicing teeth, the ability to run up to 50 mph and to strike with claws that deliver over 300 lbs of force – lions are top predators.

Lion, king of its domain, is found in European heraldry. Most likely influenced by the Medieval bestiaries, one of the earliest examples is from the 12th century tomb of Geoffrey Plantagenet, Count of Anjou. Richard the Lionheart was the first English king to use Lion on his coat of arms. Over the next few centuries Lion in heraldry spread to Scotland, Denmark, and Flanders to name just a few.

was associated with their deities. Inanna, beloved Sumerian goddess, was portrayed astride the backs of two lionesses. Her later counterpart, Ishtar, rode in a lion-drawn chariot. Egyptian Lion-Headed Goddess, Sekhmet (Powerful One), was associated with kingship. Lion gates guard the entrance to many ancient cities and temples.

Lion bears the message that you are the royalty of your own life with a birthright of power and agency.

Protection, Strength, Courage
Unique among felines, Lion expresses gender proudly. The two sexes are very different physically. Male lions are larger – weighing from 300 – 500 lbs., with a length between 6 – 11 ft (including the tail). Only the males have the glorious mane whose function is to impress the lionesses and to intimidate other males.

The male’s role in the pride is that of mate, defender of the territory and protector of the pride. Lions mark a territory of about 100m² with urine and loud roars. He protects the cubs while the lionesses hunt. Lion does not seek conflict but will defend his own with great success – suffering its greatest threat from other males who try to take over.

Greek hero Heracles killed the ferocious Nemean Lion for his first Labour. He then wore its hide for protection.

African tales portray Lioness as a symbol of ferociously-spirited motherhood and protection.

Not only tasked with protecting home and hearth, Lion was seen as a spiritual protector.

The Hopi of the American Southwest regard (mountain) Lion as a sacred guardian. They look to Lion for guidance during certain ceremonies. Some tribes consider Lion as symbolic of a wise leader who leads without ego.

The Egyptian Sphinx, with the body of a lion and a human head, was believed to protect the pharaohs in afterlife.

Buddha referred to himself as a lion. A lion-headed female Buddha, Simhamukha, guards against the inner evils of rage and fear and clears the way to enlightenment.

When Lion calls your name it may be time to defend yourself or your loved ones with fierce courage – to own your power. At the most profound level you are called to defend yourself against your own fears and turbulent emotions. Lion calls you to elevate your heart and to have true courage – the ability to not only face adversaries but to also look within and transform yourself.

Cooperation, Loyalty
Lion is unique among cats in their social lifestyle –  living together in family groups called prides – with five to fifteen related females and their cubs along with generally one, sometimes two – four, males. Cooperation is important to the pride’s survival. Each adult fulfills a very specific role. If a lion finds itself alone it will spend all of its time seeking to join another pride. Rarely will the females accept a lone lioness – males accept solitary males only after fierce battle.

Females, who are the hunters, are the heart of the pride. The cooperative nature of Lion shines strongest among the lionesses who both hunt and raise their cubs together. While hunting each fulfills a different strategic role – running the side of the attack, flanking the prey or making the kill. They are a well-honed team. Their menstrual cycles generally become synchronized, thus facilitating similar birth dates which makes the cooperative effort of cub rearing easier. They are attentive mothers, sharing the duties of motherhood and moving their dens monthly to avoid predators.

African legends portray Lion as a diplomat and communicator, negotiating harmony among all the animals.

Lion calls you to be bold and proud, to claim your birthright – your talents, your family, your path – with confidence, courage and heart. Lion reminds us that we can accomplish more with cooperation than with competition. Male lions are fearsome but the pride’s true power comes from the cooperation found with the feminine.

More specifically, Lion, who sleeps 15 – 20 hours a day, is a crepuscular animal mostly active at dusk and dawn – the liminal times – magical, mysterious places of potential, of transition – a threshold to the unknown – to a return to balance. 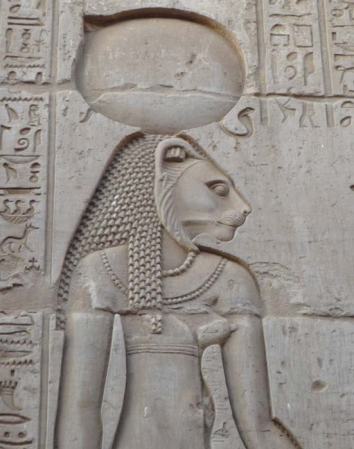 The Egyptian concept of Ma’at is one of justice and balance. The Lion-headed Sekhmet was seen as both a creative and a destructive force but most importantly as the protector of Ma’at.

The lion-bodied Sphinx is associated with Sekhmet and another liminal god – Harmakhis – who represented dusk and dawn.

Lion carries the message of balance and justice. As Lion uses its nature to best time the hunt so too can we move into the liminal seeking the just course of action. Lion calls us to restore balance, stay calm, and wait for the right time.

Lion gives us the courage to boldly speak our truth, to follow our hearts and shine the true light of love and connection to the divine out into the world. Lion reminds us to always remember our values and to be in integrity, allowing us to live more courageously. Lion bears messages of community, cooperation and family. Perhaps the time to lead others with a loving heart is at hand. 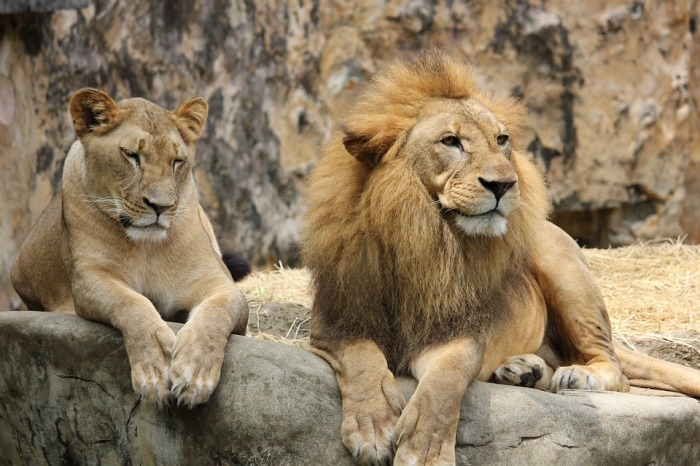