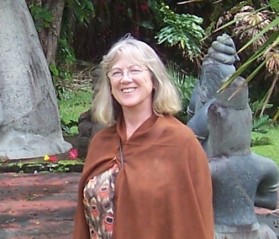 As I reflect on my experience at the climate strike on September 20, 2019, I see a connection between climate change and the bad rap that religion has today. When asked what they think about religion, many are quick to point out how history has shown that it has been at the center of numerous wars. Even today we find conflicts between groups grounded in religious difference. There are other differences in these conflicts, such as ethnic differences, differences of social organization, and disagreements over territory, but religion is a clear element. Colonialism, misogyny, and priest sexual abuse are some other ways that religions have earned reputations for being too strict, too old fashioned, and too corrupt, among other things.

The climate strike was called Youth Climate Strike and had as one of its leaders a very special young woman, Greta Thunberg. It isn’t often that the youth are given a platform for their complaints and even rarer that a teenaged person – and a female at that – is seen as a world leader on one of the most important issues facing civilization. Not only does this young woman have the wisdom to see the problem from a global, even a cosmic, perspective, but she also stands before us as the face of the only group on the planet that is more impacted by climate change than any other – the youth.

We know that the physically vulnerable face more challenges from climate change – the elderly, those living in closer proximity to pollution, the poor, and those with historically fewer opportunities to live in safer areas. But as a group, those who are young now and those yet to be born will be the most impacted by climate change. They will live with it for their entire lives and will be called upon to deal with its effects. They will raise their children in a world where massive changes to the environment occur and threats to their safety and security are imminent. Because of this, it is natural and important that the youth are able to speak and lead on the issue of climate change.

Necessity is the mother of invention, it is said. The youth are not often seen on the world stage because they are still learning and often lack wisdom and understanding. Given the opportunity to lead, how many people under 25 would actually take it? But what if the world was facing imminent danger and the middle and older generations weren’t doing anything about it? That is the case now, and it has created a situation where the youth must look to themselves for solutions.

Let’s not forget, however, that there are leaders among the middle and older generations. They haven’t been able to solve this, not because they haven’t tried, but because most of them are not the ones in power. While these younger ones were in school and playing sports, these adults and elders were working to pay the mortgage or rent and put food on the table. This is where religion helps to make sense of our situation. Like religion, the middle and older generations have a bad rap. Look at what they have done to the planet!

But we can’t lump people together in this way and expect to be accurate. The situation is nuanced. There are older people who care for the environment, some who have been called names – “hippy,” “tree hugger,” “witch” – and many whose concerns have not been taken seriously.

Where religion can serve as a positive model for this situation is in its proven success in passing values and knowledge down through the generations. Conducting rituals; holding certain places, people, and things as sacred; providing a central place and common views that help to build and maintain ties in a community – all of these things bring the generations together under a single roof and provide structured ways to pass the mantle on to the youth. And they do so in culture-rich settings that often bring joy and deep meaning to participants.

The local climate strike I attended gave no disparagement to the older generations. It gave a voice to many young people with deep convictions and concern for the future. It was also limited. The young speakers here were no Greta Thunbergs; they didn’t seem to have a global or cosmic perspective; they also failed to offer solutions. The best thing about it was the building up of community among those who want to solve the problems of climate change. This includes giving recognition to the youth that they are the future and that they matter and that the world values what they have to offer.

The climate strikes during the week of September 20-27 were singular, powerful events and there should be more of them. But will they make a lasting impact? What might help is if we look to religion – or spirituality – as a model for how to bring people together and pass on our skills, knowledge, and caring to those who come after us.

Using the term “spiritual” may seem to say that, even if one is not interested in religion, with its churches, temples, synagogues, and mosques; its expectations of doctrinal compliance and fixed morality; and its (typically male) hierarchies of elder leaders and authorities, one is still engaged in the quest for a connection to something sacred. It says that one wants to belong to a community of people with shared values and common goals, where our ideas and practices are meant to give support and guidance toward a positive and happy life, one in which the future matters. “Spiritual” leaves room for people to be who they are without getting pegged as other.

There is something that people across all of time and space have in common – holding spiritual beliefs, practices, and values. If we also include scientific and secular viewpoints, this way of looking at culture and history can help us to see how humanity is one family. Climate change also shows us that we are part of an even larger family, one that includes everything on this planet that we are faced with losing.

Susan de Gaia teaches Religion and Philosophy online for Central Michigan University and is General Editor of Encyclopedia of Women in World Religions: Faith and Culture across History (ABC-CLIO, 2018/2019). Susan lives in California and is active in social and environmental justice, peace, and women’s spirituality movements. She works locally to promote environmental sustainability, cultural diversity, and political action. She holds a Ph.D. in Religion-Social Ethics with a Graduate Certificate in the Study of Women and Men in Society (USC), and B.A. in Women’s Studies (UCSB).

Like Loading...
‹ White Monkey Chronicles: Myth-busting in Eden BOOK REVIEW by BJ Austin
Autumn Equinox with the Ancestors, or after ecstasy indeed the laundry*) Eline Kieft ›