Home › Activism › Charity Is Not Enough by Susan de Gaia

Charity Is Not Enough by Susan de Gaia 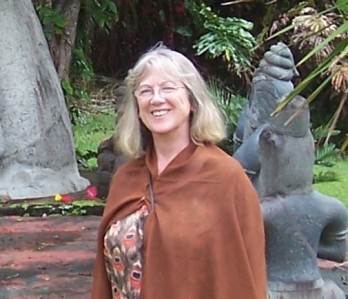 Gift giving is an important focus this time of year, along with reflection, reconciliation, and renewal. This spirit of charity is needed now more than ever. And yet, charity is not enough.

Thousands of women, maybe even millions, re-experienced the trauma of sexual assault when the American public heard and ignored Donald Trump’s admission of grabbing women “by the pussy” and the accusations of forced kissing by numerous women, electing him to office in 2016. This was followed by additional revelations of his immorality and corruption and, in a show of conscience by one political party, his impeachment by the U.S. House of Representatives.

Many have wondered how such a man could get elected and remain in office despite the many revelations of illegal activities, and complete lack of honesty, repentance, and conscience. The recent response by Trump and his allies to an editorial in Christianity Today favoring impeachment yields a clue: criticize Trump, and risk losing politically, financially, or worse. Today, one can’t even speak out. How many of Trump’s accusers received death threats? How many of his extramarital liaisons received a bribe to keep quiet?

The waters are muddy in the Trump era: politics divide us into winners and losers, and “our” administration sides with those who praise one man and against those who dare to disagree, aided by conservative religious leaders and institutions. This is a situation that our founders meant to prevent. But it is happening.

Also happening are racial and gender inequality on the rise. To many feminists this seems nightmarish and unexpected. Some of us saw it coming, but the extent of its public acceptance and open justification was something few could foresee.

At the same time, women and men are coming together; I have seen my networks and others expand more than ever. The increasing support and understanding for women’s issues by people of conscience, and the promotion of compassion and activism for all those who suffer, is a form of charity, one that is greatly needed now.

But such charity is not enough.  And charity from those who remain quiet about the corruption, immorality, and bullying in and outside of our government is not even welcome.

What we need is acknowledgement. This would be an important first step. And it is that which Trump and his allies push against the hardest, perhaps because they realize it can lead to the next steps, repentance and then change.

Trump’s perfect flawless existence is a thin veneer that most of us can see through. And yet, here we remain, at a standstill that is supported by willful ignoring of his true face by those with something to gain.

Acknowledgement, not charity, is needed now. No one is perfect, least of all one who claims that he is.

Susan de Gaia teaches Religion and Philosophy online for Central Michigan University and is General Editor of Encyclopedia of Women in World Religions: Faith and Culture across History (ABC-CLIO, 2018/2019). Susan lives in California and is active in social and environmental justice, peace, and women’s spirituality movements. She works locally to promote environmental sustainability, cultural diversity, and political action. She holds a Ph.D. in Religion-Social Ethics with a Graduate Certificate in the Study of Women and Men in Society (USC), and B.A. in Women’s Studies (UCSB).

Like Loading...
‹ Woke Men, Stop Shitting On Women by Trelawney Grenfell-Muir
A Sword Will Pierce Your Own Soul by Mary Jane Miller ›