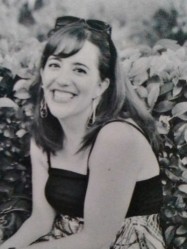 While facetiming my brother, I heard my two-year-old niece shout at the top of her lungs that she was “Queen Elsa” and was coming to save me. I had started writing about the Frozen films, when Sara posted on them. So let us continue on this Frozen journey.

To date, the Frozen Franchise has brought in $3 Billion dollars. And yes, it is made by Disney, which is a behemoth in dictating the mainstream narrative, abusing of power and perpetuating unhealthy standards, but still there is also something powerfully positive within the unfolding scenes in this series.

Frozen 2 follows sisters Elsa and Anna, Anna’s boyfriend, the lovable but goofy Kristoff, his reindeer Sven, and Olaf (the magically created snowman). The main premise is that the balance of the world is off which is causing problems. Elsa hears a voice calling to her, and together they discover an enchanted forest.

But what I really want to talk about is the elements that make Frozen 2 special; not just for children but for all people who watch it.

First and foremost, Elsa does not get a love interest. Nor does the film hint at all that her being single is a failure or missing puzzle piece. The story does something non-typical of fairy tales. Elsa realizes she must love herself, own herself and come into her full power. I’ve also included the some of the lyrics to the song “Show Yourself”

I’m arriving
And it feels like I am home…

Show yourself
I’m no longer trembling
Here I am
I’ve come so far
You are the answer I’ve waited for
All of my life
Oh, show yourself
Let me see who you are…

You are the one you’ve been waiting for

All my life (All of your life)

As I watched this scene, I recalled how I felt as I was finishing up my doctoral degree. What every moment of the 8 years it took me to get my masters and PhD and all of the struggles, all of the doubts, and all of the naysayers that kept trying to tell me that my life was incomplete due to not being married nor having children. And then I could not stop thinking about how important this scene and song is going to be for countless children – boys, girls, and non-gender conforming kids – they are the answer to discovering their power, their purpose, their worth. “Step into your power” could have been found among the pages of bell hooks, Brené Brown, Deepak Chopra. but it is currently being sung by an animated Disney queen. 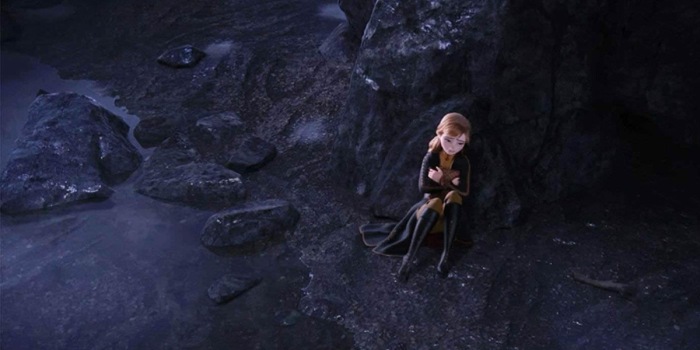 And like the one described in Sara’s post, another powerful scene is where Anna thinks that all is lost, and she is stuck in a dark cave. And what happens next can be a true breakthrough for how we talk about mental illness, grief, and struggle. Anna sings a song called “The Next Right Thing” which vocalizes her despair, grief, and how powerful the pull is to succumb. Here are some of the lyrics…

I’ve seen dark before, but not like this
This is cold, this is empty, this is numb
The life I knew is over, the lights are out
Hello, darkness, I’m ready to succumb…

This grief has a gravity, it pulls me down
But a tiny voice whispers in my mind
You are lost, hope is gone
But you must go on
And do the next right thing…

Take a step, step again
It is all that I can, to do
The next right thing

I won’t look too far ahead
It’s too much for me to take
But break it down to this next breath, this next step
This next choice is one that I can make…

And, with it done, what comes then?
When it’s clear that everything will never be the same again
Then I’ll make the choice to hear that voice
And do the next right thing.

What a powerful statement and tool for anyone – all you must focus on is the next right thing. Study after study has started to report that with each year, cases of depression, anxiety, and mental illness are rising. But this scene doesn’t present that that those feelings of sadness, grief, anxiety, hopelessness are wrong – the scene shows that it is okay to feel those things, it is difficult at times to plan ahead, but one thing you can do is the next right thing, even if all that it means is taking the next breath and then putting one foot in front of the other. 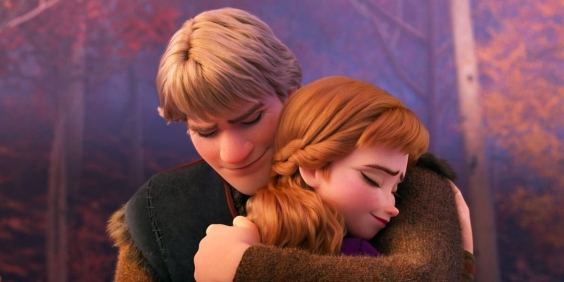 And now we get to Kristoff, who is more comfortable around animals then humans and in touch with his emotions.  He struggles the entire movie to propose to Anna. He gets his solo song moment, when he is grappling with how to deal with all the emotions of love and the reality that it can also hurt.

Again, you’re gone, off on a different path than mine
I’m left behind, wondering if I should follow
You had to go, and of course it’s always fine
I probably could catch up with you tomorrow…

Who am I, if I’m not your guy?
Where am I, if we’re not together forever?…

When Kristoff finds Anna, instead of trying to save the damsel, or admonish her for doing something a girl shouldn’t – he merely states, “I’m here, what do you need?” When I saw this in theater, I heard a collective gasp and then “aww” from adults. How important this is, to present a relationship of support, value, and meeting that person where they are.

Where I saw this film for all its potential in providing positive building blocks, encouraging role models, and language of how to express oneself, my two year old niece embodies the film by calling herself Queen Elsa and the savior of our family. I can’t wait to see how she will continue to step into her power alongside Anna and Elsa. 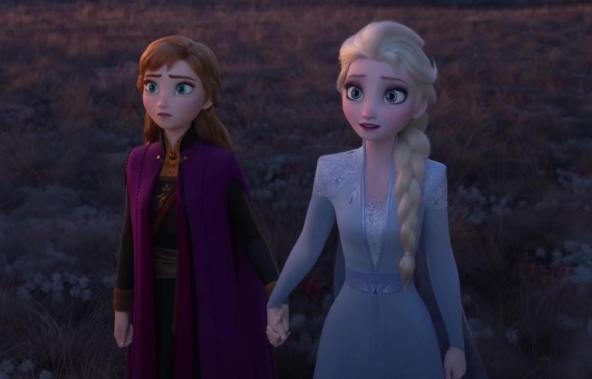 Anjeanette LeBoeuf is currently during research for an upcoming book about Japanese Interment Camps. She is the Queer Advocate for the Western Region of the American Academy of Religion.  Her focuses are divided between South Asian religions and religion and popular culture. She has become focused on exploring the representations of women in all forms of popular culture and how religion plays into them. Anjeanette has had a love affair with books from a very young age and always finds time in her demanding academic career to crack open a new book.

Like Loading...
‹ Say it with Music by Esther Nelson
Ancient Mothers, I Hear You Calling Me to Crete by Carol P. Christ ›