Winter Solstice: Can We Celebrate the Restful, Welcoming Darkness? 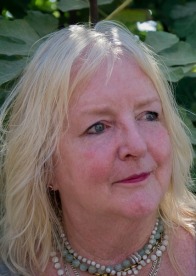 The days are slowly winding down toward Winter Solstice in the northern hemisphere, the longest night of the year. Today the sun rose at 7:20 and will set at 5:08 in Crete. In Sweden, the sun will rise at 9:25 and set at 2:12. Though I light candles in the darkness of morning and have lights on my tree, I am not celebrating the “return of the light,” but rather welcoming the restful dark.

In our culture we have learned to celebrate the light and to avoid and disparage the darkness. We have inherited this habit of mind from the Indo-Europeans who, as Marija Gimbutas wrote, celebrated the shining light of the sun as reflected in their shining bronze weapons. When the Indo-Europeans rewrote the myths of the land that came to be called Greece, they placed the “Olympian” deities on Mount Olympus while relegating many of the oldest female deities to the underworld, which became a fearful place. New Age spiritualities follow this pattern, celebrating “light and love.” This habit of mind reinforces racism.

While it is true that without light there would be no life, it is also true that without the dark and cold of winter, there would also be no life. After the harvest, seeds must be kept in a cold dark place in order to regenerate. People too need the daily dark to regenerate our bodies and spirits after a hard day’s work in the light of day. In the agricultural societies of our ancestors, farmers tended their crops on long summers’ days. After the harvest they rested. Winter was a time of renewal. Tools were mended and weary bodies were given time for a “long winter’s nap.”

After entering into the darkness of caves on the first Goddess Pilgrimage to Crete, Jana Ruble began to understand that the darkness is just as important as the light. The song she created, “Light and Darkness,” celebrates light and darkness and their intertwining without elevating light above darkness.

This Winter Solstice I encourage you to honor and celebrate the darkness: to rest, to sleep, to dream, in the embrace of the longest night. Life is not all about light. It is about the cycles of light and darkness, birth, death, and regeneration.

Like Loading...
‹ On Mikeitz: How Joseph Brings Meaning to My Hanukah Observance during This Pandemic by Ivy Helman
Bridging Our Divides by Gina Messina ›