Home › Feminism › Pesach, Patriachy and the Unfinished Work of Liberation.

Pesach, Patriachy and the Unfinished Work of Liberation. 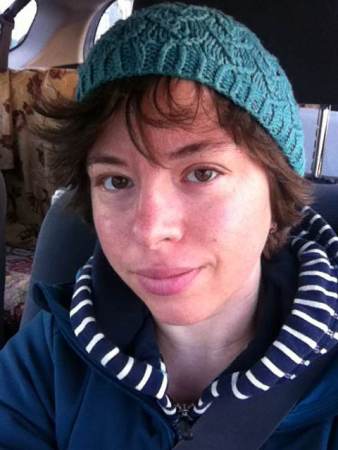 Pesach, or Passover, begins tomorrow at sunset. It has always seemed strange to me that a festival centered on liberation begins with a focus on housework and cleanliness to the point where one is almost a slave to the process of chametz (leavened food) removal.  Not only that, but the spiritual interpretation of what the chametz represents adds to this conundrum.

The Rabbis of the Talmud teach us that chametz represents egotism and arrogance. The divine instruction to eat only unleavened bread for the festival of Pesach is a call to cultivate humility because they believe that our inflated sense of self-worth causes harm to other human beings as we value ourselves and our lives more than them. As we remove the chametz from our homes, we are also supposed to be removing the self-centeredness, arrogance and egotism within ourselves. Cultivating humility redirects our attention to all those parts of our lives that have suffered by being too self-centered, including our relationship with the Holy One.

On the whole, I can see the spiritual value in making sure we are properly attuned to others and to G-d in our lives, and I appreciate the opportunity to turn ordinary housework into a spiritual practice. In fact, that is one of the things I love most about Judaism: its ability to elevate the mundane and give it spiritual significance. However, the practice also brings a sour taste to my mouth. It is no secret that most homes are made kosher for Pesach by women.

There are two fundamental issues at stake here. First, women are socialized to put others and their families ahead of themselves and

often lack the appropriate amount of self-worth and pride in who they are. Then, to make Pesach, they are asked to become even more humble. Second, women shoulder most if not all of the burden of these household preparations. In fact, many men, in the more observant streams of Judaism, wouldn’t know where to begin this process.

Blu Greenberg, in her book How to Run a Traditional Jewish Household, illustrates this point well, “Traditional Jewish women know exactly the procedures outlined above. And while many men know the law in theory, they are not familiar with it in practice. Nor do they have any idea of the time, energy and planning it takes to clean closets, move furniture, store utensils, boil, kasher, shop, inspect labels, cook, bake…I recall when the wife of an illustrious and brilliant rabbi was taken ill, two weeks before Pesach, and had to be confined to a hospital bed. The rabbi had to move out of their house with their three children for the duration because he could not possibly ‘make Pesach’, this despite the fact that it was he to whom a hundred women had turned with questions on koshering for Pesach,” (418). She continues, “My mother used to say that the Jewish housewife was the only one who didn’t go out of bondage on Pesach,” (418-419). Greenberg follows up with a number of suggestions to make the practical preparations more egalitarian, the housework more acknowledged and the experience less onerous for women. This is important.  It is also important to acknowledge that when men do the housework, focusing on egotism and arrogance may be appropriate spiritual practices.  However, for women and feminist men, she does not offer a practical theological alternative for chametz as arrogance and egotism. This is necessary.

I would like to suggest a theological alternative using material she provides in her book. Greenberg writes, “In slavery, they ate the hard, broken crusts which the master allowed them. In the Exodus, the Jews voluntarily accepted a most Spartan regimen as they set out on their tenuous journey – because they had before them a vision of liberation,” (401-402). If the chametz then represents our lives before we could choose and the matzah our lives freely chosen, then the chametz we find in our homes should serve as a reminder of the people who do not have mastery over their own lives, who have not yet left Mitzrayim (Egypt) and who cannot voluntarily choose the matzah. The Russian take-over of Crimea is a perfect example. That referendum was not a free decision any way you think about it. Likewise, slavery exists in many forms today. There is human trafficking, immigrants jailed only because they do not have the proper papers , women who cannot leave their homes without male accompaniment, sweatshops, child laborers, bonded laborers, the destruction of nature for human ends and child marriage. In other words, the chametz in our homes reminds us just how much liberation the world needs and spending time removing it from our homes also gives us ample time for reflection.

We still have the matzah for which to account. Just as feminism requires theory, it also requires action. Judaism rests on similar mores. Just acknowledging slavery does not change the situation and it does not embrace the radical ideals of liberation and freedom that Pesach cherishes. In my opinion, the most important Pesach truth concerns how G-d works in the world: G-d’s liberating actions require human cooperation. The Israelites would have never left Egypt and traveled safely through the wilderness without the help of Moses, Aaron and Miriam. 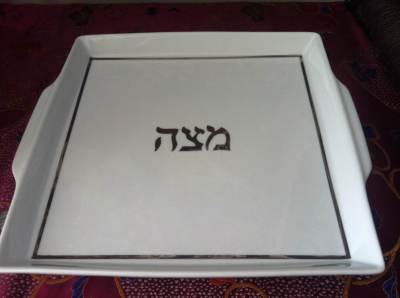 As a free people, we need to liberate others. We need to choose to act. This action is the matzah about which Greenberg writes. I would start with something you could see as reasonable to accomplish in the coming year. Maybe you commit to recycling more or volunteering to answer calls at the local domestic violence hotline. Maybe you purchase only sweatshop-free clothing or attend rallies in support of liberation, feminism, freedom or environmental concerns. Perhaps you buy only cruelty-free kosher eggs or vote for a candidate who wants fairer immigration laws.

Slavery won’t end overnight. Not yet anyway. But we can lessen the practice through consciousness-raising and action. Remember, there are many people still in Mitzrayim. For me and my own spiritual practices, the juxtaposition of slavery and freedom better captures the meaning of Pesach more so than arrogance, egotism and cultivating humility ever will.   Perhaps this rings true for you as well. May this Pesach be a rich, meaningful one sisters and brothers.

Ivy A. Helman, Ph. D.: A feminist scholar currently on the faculty at Merrimack College.  Her most recent publications include:  “Queer Systems: The Benefits of a More Systematic Approach to Queer Theology,” in CrossCurrents (March 2011) and Women and the Vatican: An Exploration of Official Documents(2012).

Like Loading...
‹ Painting Maya Angelou by Angela Yarber
Curiosity About Everything and the Language of the Goddess by Carol P. Christ ›