Home › American History › She Alone Was There In The Beginning: Nature Creatrix by Stuart Dean

She Alone Was There In The Beginning: Nature Creatrix by Stuart Dean 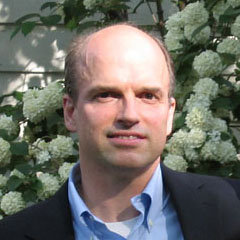 I concluded my last post by suggesting that “Creator” in the Declaration of Independence (DI) should have been ‘Creatrix.’  Though ‘Creator’ imbues the DI with a bit of quasi-scriptural authority, the possessive pronoun “their” before it effectively limits the full benefits of creation to men.  That alone should have precluded even the suggestion that the DI effectively endorses Christianity or that it constitutes the basis for a civil religion.

Quite obviously that has not been the case, but that should not be taken to validate the misogyny the DI manifests.  ‘Creator,’ the masculine form of the Latin noun derived from the verb ‘to create’ (‘Creatrix’ is the feminine), is unambiguously masculine in a way that ‘God’ simply is not.  Its appearance in the DI raises the suspicion that it was selected to underscore the masculinity of “Nature’s God,” the phase used in the DI’s opening paragraph.  Surely some of the signatories of the DI knew their Latin authors well enough to know how peculiar it is to speak of Nature as having or needing a God.  Perhaps they wanted to clarify things.

Whatever the explanation may be, the language that follows makes it apparent the masculine form of the noun has been clumsily inserted into an otherwise feminine context.  “Life, Liberty and the pursuit of Happiness,” translated into Latin (as the use of ‘Creator’ invites the reader to do), far from being Christian, echoes slogans used on countless coins of the sort that needed to be periodically rendered unto Caesar as a token of appreciation for his making good on what was putatively promised by what was said on them: securitas (security (by implication ‘life’)), libertas (freedom) and felicitas (happiness).  Though it helps to know that each such noun is feminine in Latin to appreciate its relevance to female spirituality, the iconography with which each is associated needs no translation, for it is readily apparent that each was personified as a goddess.  Although far from obvious without knowing the ancient historical context, the DI thus appears to be perpetuating the male appropriation by ancient Romans of feminine forms for patently political purposes.

Though he was certainly not the first or only one to take advantage of such appropriation, Julius Caesar (hereafter, Julius) was by far the most influential.  He identified himself so closely with Venus, perhaps because of his bisexuality, that it almost seems as if he wanted those who held his coins to believe he was she or vice versa (two examples with brief descriptions here).  While his personal sexuality may have encouraged Julius in so appropriating Venus, before he did so Venus already enjoyed the status in Rome of being in effect the goddess of all goddesses.  She was celebrated by Lucretius, whose famous poem of over 7000 lines, substantially completed before Julius finally took power, personifies her as Nature Creatrix.  As such, she transcends the concept of gender (and hence should not to be thought of as ‘mother nature’), for very much in a manner analogous to creation ex nihilo, no material contribution seems to have been allowed or required: “she alone was there at the beginning, Nature Creatrix.”

Vital to appreciating the unique importance of this legacy is the way Lucretius invests Nature with Roman legal powers:

. . . Nature always [was, is and will be] free–not a slave to any abusive owner or owners; she alone, by her own free will, governs all things, guided by no god, in thought, speech or action.

Though it may seem surprising today, a Roman woman of the time, with respect to property, could and often did have precisely the legal powers Lucretius characterizes Nature as having.  In that respect she would have been a perfect model for a Statue of Liberty, something that at least Abigail Adams would appreciate: she adopted ‘Portia’ as her penname in her correspondence, a provocative choice given that was the name (originally spelled Porcia) of Brutus’s wife, who there is evidence to suggest was complicit in the assassination of Julius.  It must be emphasized that Lucretius’s characterization of the legal powers of Nature can effectively be taken to apply to the prototypical Roman owner of property, male or female.  Though for women such power did not extend into the public sphere that obviously was not the case for men.  To a great degree the power of the Roman emperor and its projection throughout the territory he controlled (i.e., the Empire) is a generalization of the power of the Roman property owner.

Either in the private sphere, where such power could belong to women, or public sphere, exclusively controlled by men, key to understanding its basis is the uniquely Latin concept of freedom of the owner to exercise it.  As is obvious as much from what Lucretius says as how he says it (in dactylic hexameter poetry) freedom of the will is a legacy of the worship of Aphrodite.  Worship of her as ruler of the cosmos appears to have been especially strong in southern Italy and Sicily, as evidenced by the poetry of Parmenides and Empedocles, centuries before Rome was much of anything.  There is good evidence that Sappho influenced this tradition in part by having lived in Sicily for a time.  In his opening prayer to Venus, Lucretius echoes a phrase from a famous prayer addressed to Aphrodite by Sappho.

As cosmic ruler Aphrodite was associated with the Milk of the Heavens: stars.  Parmenides envisioned constellations orbiting Aphrodite as a garland (stephane) encircles the hair on a woman’s head.  Belief in the universality of her influence in this regard underlies not just Julius’s own identification with her but, more generally, attempts to align, ideally at least, terrestrial with celestial law (astrology).  Coins of the Caesars manifest such attempts.  Evidence of this legacy is easy to see: the stars in the blue (night sky) corner of the U.S. flag were originally intended to be symbols of the new constellation: the U.S.

Stuart Dean has a B.A. (Tulane, 1976) and J.D. (Cornell, 1995) and is currently an independent researcher and writer living in New York City.  Previously he worked in a variety of other capacities, including 15 years as a corporate attorney.