Home › Buddhism › The Fringe is Our Stronghold by Oxana Poberejnaia

The Fringe is Our Stronghold by Oxana Poberejnaia

Recently I have come across several stories of women’s fringe spiritual movements or practices. This made me think about the role of outsiders’ or minority views in religions and society.

Patriarchy pushes women and their issues to the margins of society and religion. It seems that there women sometimes invent their own spiritual practices. These allow women to stand their own ground in religious matters, to preserve self-respect and to keep the hope of the highest spiritual attainment.

Quite often these beliefs and practices seem shocking in their bizarreness and their stubbornness not to accept orthodox norms.

One of the earliest examples of such unorthodox belief came to me from Maksim Gorky‘s autobiographical novel “My Childhood.” The book describes Gorky’s childhood years spent with his grandparents in the late 19th century’s Russia. In one episode, Gorky’s grandmother tells him an apocryphal story of how the Mother of God pleaded with God after the flood on the part of humanity and then repopulated the earth.

Taken aback, the grandson timidly suggests to his grandmother that, according to the Bible, the Virgin Mary was not born until long after the flood. “What do you mean?” – asks the grandmother. “She is the Mother of God. She gave birth to God.”

One should explain that in the Russian language the Mother of God is Богоматерь (Bogomater), in one word. According to Russian Orthodox Christian doctrine, she is the Mother of Christ. However, the word reads ‘God-o-Mother’, so it can be understood as the Mother of Godhead (not just Christ), and also as God-who-is-Mother, i.e. The Great Mother Goddess.

The young Gorky says that Mary was the daughter of Joachim.

“So, Maria Joachimovna, then?” – mocks the grandmother.

Russian names consist of two parts: one’s personal name and a patronymic, made with one’s father’s name. The irony that the grandmother tries to convey is that it is ridiculous for someone who gave birth to God to have a patronymic, and, thus, a parent.

Obviously, the official Russian church did not support these views at the time. In fact, at that time of the endemic violence against women at every level of society, vividly described by Gorky in his novels, the officialdom would have laughed at these beliefs of “uneducated old wives.”

To Heaven with the Skulls

My best friend went to Naples recently, where she visited one of the sites of the local “Skull Cult,” also a province of almost exclusively women. It is also called “Sisterhood of the Skulls” and originates from late 19th century. Women, especially those without family, would ‘adopt’ a skull, look after it, and communicate through it with the dead.

It was believed that the dead would then help the women in various ways, such as ensuring safe childbirth. The dead who are worshipped also act as intermediaries between the living and God and can plead with God on behalf of the worshippers. 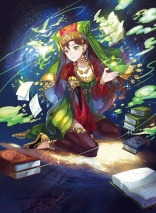 At the moment I am reading “Scheherazade Goes West“, a non-fiction book by a female author from Morroco, Fatema Mernissi. In it, Mernissi reveals a constant tension present in Muslim culture: that between the daylight male culture of the book and the night time female oral culture. So acute is the conflict between the two, that the famous collection “The Thousand and One Nights” was published in Arabic only centuries after its first telling and a whole 100 years after a European publication.

In addition, at least for one fairy tale, Mernissi describes how an ending was altered in the print version to have a man win, in contrast to the oral version where the woman prevails. 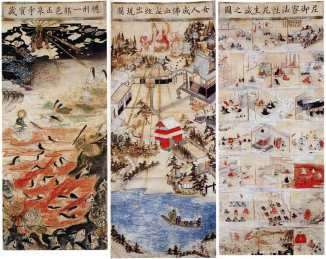 In Japanese Buddhism, a certain “Menstruation Sutra” was very popular among women from about 14th century to the early 20th century. The Sutra tells of a region of hell that is composed of a pond of menstrual blood, where women float and are forced to drink the blood.

The reason why women meet this fate after death is because, according to different versions of the sutra, they had defiled earth, or the buddhas, or the monks with either the blood of giving birth or menstrual blood.

I was surprised to know that women did not turn away from such a text in disgust and righteous anger for this outrageous injustice. On the contrary, they embraced the sutra in many ways, among which were: copying the sutra, using the sutra for chanting and prayer and wearing it as amulet. The goals of these activities were diverse, but mainly the women wanted to secure safe delivery of babies and good rebirth for themselves, which would lead to Enlightenment.

These example astound me as demonstrations of incredible tenacity of women under oppression. Women would go where the privileged men would not: into underground cemeteries, to the pools of menstrual blood – all in order to win spiritual autonomy. Women would defy religious leaders and hold close to their secret and sacred beliefs, which can only be disclosed by word of mouth, under the cover of the night.

From the margins, women nudge the religious authorities to take note of them and their issues. These beliefs can eventually even lead to spiritual or social revolutions. Mernissi says repeatedly that wherever democracy is discussed in Muslim world, feminism always goes hand-in-hand, and that it was Scheherazade who started this trend so many centuries ago. Despite centuries of forced oblivion, Goddess is making herself known once again around the world, including in Russia.

These fringe beliefs defy logic. To defeat patriarchy, women have to defy logic, I guess.

*Young woman contemplating a skull by Alessandro Casolani;  Scheherazade by macuapo89; Images from the Ketsubonkyo Engi Emaki (Scroll Depicting the Origin of the Blood Pool Sutra.

Oxana Poberejnaia is a frame drummer, writer and an artist at http://poeticoxana.wordpress.com. She was an Officer of the University of Manchester Buddhist Society while studying for a PhD in Government, and has been involved in organising the Manchester Buddhist Convention, now in its 10th year. Oxana is exploring the Sacred Feminine through working with her menstrual cycle, frame drumming, and shamanic journeying, while keeping the practice of Buddhist meditation.

Like Loading...
‹ Planting Roses for Our Daughters: Creating a Community in Time by Carolyn Lee Boyd
A Sacred Urban Menstruation Ritual by Lache S. ›