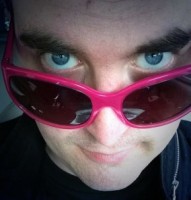 At the end of the second Matrix film (Reloaded), Neo (the messianic figure, “The One”) is told by the Architect of the Matrix, itself a program in the system, that Neo was in fact the sixth iteration of messianic figures that the Matrix had itself created.  In such a case, what hope is there when the System creates messiahs in order to produce a hope it allows—a hope it allows for the sake of reproducing itself through the exploited labor of others, who are able “to get by” because they have this same hope.  A hope that a better world is possible.

In the midst of the young #metoo movement in Japan, this story emerges from one of its medical schools:

Japan’s government urged a medical university to promptly disclose the results of an investigation into its admissions process Friday after reports alleged it had altered the test scores of female applicants for years to deny them entry and ensure fewer women became doctors.

An unnamed source said that

…school administrators justified the practice out of the belief that women were more likely to drop out of the profession after marriage or childbirth.

We know this is the world we live in.  We are not surprised (or we shouldn’t be).  And while it is not perfect, some may say that things have been improving.  Progress is being made.  One person commented, “It seems that our country is moving backward.” In comparison with the rest of the world, Japanese women are finding more opportunities in the workplace than ever before.  Yet, the wage gap in Japan is one of the worst in the world, suggesting that Capital is successful in using women to keep wages from growing too quickly—or in other words, exploiting women for their labor and using the good news of “the working woman” as a way to perpetuate that system.  (Funny thing, an article in the Wall Street Journals suggests that Japanese men’s wages are suffering because of older women in the work place.  I won’t link to that.)

But the unnamed source above is not entirely correct.  It has always been the desire of patriarchal capitalism that a woman’s role is to marry and give birth to children.  A stable home is a stable nation-state.  It is not likely that women will “drop out of the profession after marriage or childbirth” on their own, but it is likely that the exploitation of their labor, their inaccess to resources within Capitalism, and the sexual harassment that they have to experience in the workplace creates an environment that drives them out of the workplace.

#Metoo in Japan is exacerbated by the culture of harmonization, where unity and conformity towards a continuation of harmonious community is privileged over personal interests.  As one survivor stated:

#Wetoo highights the fact that online spaces are one of the few “safe spaces” that exists to have this conversation.  Japanese social narratives encourage silence, too, by pointing towards that messianic future, towards progress: “Look at the progress women have made,” or “Things are really improving for women.” This response mirrors Capital’s own promise, “a better world is possible.”

To be honest, a few academics, activists, and religious leaders, usually women of color, have confided in me that they do not expect the world to get better.  Among those who admit such things to me in private, a general sentiment of disruption and resistance exists, just not necessarily “towards” an inherited construction of the future.  It sounds something like this:

We want to survive, and yes, do more than just survive.  And we want to do it now.  So we must find the tiny spaces where such living is possible: a #blm chapter, a women’s gathering, a #Wetoo, an Undercommons.

But in any of those, there is also a Pulse night club, a Mother Emanuel AME Church.  For every feminist, there are women who vote and work for patriarchy.  For every revolutionary, there are laborers who vote and work for Capital.  And the very hopes for a better world, which arise when something “good” happens, disguise the difficult realities we don’t wish to see.  So today, a better world is not possible.  And it’s ok to recognize that, even if it’s difficult to say it.  We love and live where we are.

Until a different world is available.

Adam F. Braun is a PhD candidate in New Testament at the Lutheran School of Theology in Chicago.  Previously, he has worked in Emergent communities: a small congregation in NC, a Campus Ministry in Chicago, and most recently as co-facilitator of Boston Pub Church.  His interests are in the Narrativity of Religions, Materialist readings of the Gospels and Paul, and the Deconstruction of Theism within the Christian tradition.  He is completing his dissertation on a deconstruction of “Kingdom” in Luke’s Parable of the Minas.

Like Loading...
‹ A Total Eclipse of the Moon by Carol P. Christ
On Not Eating Gefilte Fish by Joyce Zonana ›