I caution myself to be critical and nuanced. I’m sorry, folks. I just haven’t had such dazzling hope or remote interest in politics since. . . well, since I was a puppet junior high evangelist for an independent candidate my Dad liked, and I don’t want to try to remember who it was. But I was 13. And I’m 38 now. What hath made this cold, indifferent, anxious millennial’s soul to warm?

I am into mindfulness, contemplative studies, Eckhart Tolle, Don Miguel Ruiz, Nhat Thich Hanh, the kind of comparative religious studies scholar who has eastern spirituality leanings, so when I heard Marianne Williamson was a presidential candidate, I got curious. I’ve not read A Course in Miracles (although I think I’ve avoided it for the same assumptions Williamson says she initially made) or actually any of her books. Williamson is Jewish and has a pluralistic perspective when it comes to noting the basic underlying wisdom of all religious and spiritual beliefs (I realize we have discussed this before when I called them “wisdom traditions” – is any tradition actually wise/can you separate the violence, oppressions, and misogynies of them?).

She speaks in cool, rushing waters and has a platform that still sounds “political”/political (she breaks down what this word actually means in her latest CNN Town Hall) and is spiritual and based in a rhetoric of love. After the complete loss of hope in what [T . .] represents, and the not-yet healed wounds from [B. . .], she sounds like a reasonable adult, much like Obama did during his years. I wonder if they are friends? They should be.

Williamson gives me hope that we don’t have to burn to the ground, that this doesn’t have to be the generation of homo sapiens that ushers in crisping ashes in civil war. It makes me feel the States can some day be cleansed from their grime, even inspire me to be involved in her campaign if the opportunity somehow miraculously happened. My parents might even like her. “America” is sort of a dirty word in my heart (I’m sorry to anyone that offends; I’m just being honest), but the way she speaks gives me hope I can show compassion to that part of myself. Because if someone like that can represent those roots, well, I might have to halt my stance of the axe I’m constantly using to chip away at them. I want to read her books now. Her old ones. I suppose the new ones laced with politics haven’t been written yet.

Now, how to turn this schoolgirl crush around into a post for FAR that is somewhat intelligible?

Watching the CNN Presidential Town Hall on April 14, 2019 (video here), I am taken by her non-violent, relational, holistic message. In a tweet a couple of days before this aired, Williamson wrote this:

Conversation that dominates US politics is intellectually sophisticated, but not psychologically, emotionally or spiritually sophisticated. As such, it’s an inadequate container for the energy needed to navigate these times. A deeply dysfunctional system needs more than tweaking.

Her acknowledgment of wounds by the power-hungry, the elite, racism, slavery, finances/economic, the “health” system, the in-debted, non-inclusive, educational system, the opportunistic, manipulative government, and on and on, stir some deep spiritual sadness that I have had or something more positive that was hidden beneath shame. I think it is hard to trust, and I do not think that any of us are waiting passively for someone to make a change. I think we know that we have incredible power, even if it is just with the money we have or don’t have, even if it is with the words we use and the discussions we have, the relationships we foster. But there is something comforting and hopeful about a person who has a platform, has the stage, and speaks words that make sense to you. 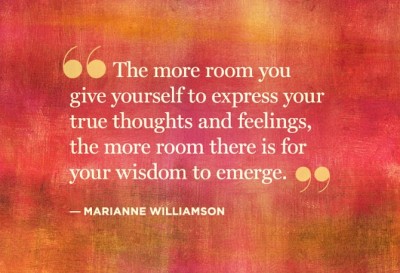 To be smitten has it origin in the Old English verb ‘smite’, which can mean, “to afflict with death or destruction.” In a sort of reverse of the punishing God, I wonder if a woman who is speaking from what she seems to truly believe is, as I feel she is, striking a blow to my disdain, hopelessness, and cynicism of what politics can be? I am struck as well by the way Williamson lets herself get carried away in passion that is not quite self-controlled. It’s as if she has been struck herself.

And can we just mention, in brief, that she went to Pomona College and had a metaphysical bookstore and coffee shop in Houston? Take me back to that place.

I suppose this post should be about the spirituality of this candidate and what she might contribute to feminism, but honestly, I think I just need to dwell in the space of how, as a woman of spiritual and intellectual bent, I feel a bit of healing and even more inspiration just from a Town Hall meeting. I want to live in a non-violent land that prioritizes sharing and relationships, that includes the earth and creatures in responses of compassion. I have come to be a bit disillusioned with leadership and people with power – I think it is hard to continue to care and see others when one is so powerful. Also, I wonder if we can protect those who might be able to accomplish care + power because they do eventually threaten those who are in oppressing privileged states. But mostly, for those of you who have watched the Town Meeting and have felt one way or another, what emotions, feelings, and thoughts did the interview and questions evoke within you? What might a platform based on spirituality and love do to redeem a land and people? Have you ever felt sacred inspiration from someone in politics after hearing their voice and message? Do you also think M.W. might be an interesting candidate for us to watch, why, or if not, what do you find unhelpful in what she says or what she wants the States to be? Please share your thoughts of any candidates, present or past, as you wish. 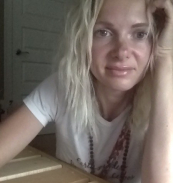 Lache S., Ph.D., graduated in 2014 from the Women and Religion program at Claremont Graduate University. She has an MA in creative writing and teaches college composition from a contemplative pedagogical approach at Oklahoma State University. She also writes poetry about food, self-exile, the balance between love + freedom, and navigating the world while female. She has a micro-chapbook on food coming out 7/9/19 from Ghost City Press.

Like Loading...
‹ Making it Mine: An Un-Orthodox Passover by Joyce Zonana
Hekate, Goddess of Liminality and Intermediary by Deanne Quarrie ›