Home › Activism › Rejecting TMT: Protecting and Protesting the Sacred for Mauna Kea and for all by Anjeanette LeBoeuf

Rejecting TMT: Protecting and Protesting the Sacred for Mauna Kea and for all by Anjeanette LeBoeuf

Roughly 3 ½ years ago my FAR post was about the struggle that the Hawaiian people were facing with the proposed building of a Thirty Meter Telescope on the most sacred mountain in the Hawaiian Islands, Mauna Kea. When that post was published, there was a large social media presence and protests that helped cease construction of the telescope and sent the issue to the Hawaiian Courts. I am writing this post because Mauna Kea is again under threat. The Courts ruled in the favor of the telescope and for the last two months, large scale protests have gone under way on the road up to Mauna Kea.

Why does this matter? Let’s start with the history of Hawaii in US History. While as of 2019, Hawaii has been a state since August 21, 1959.

The first human settlements of the Hawaiian Islands date to around 300 CE with Polynesian descent. For the next 1400 years, these islands, peoples, and cultures would grow and thrive. It was in 1778 when the islands would encounter the “white man.” British explore Captain James Cook gave the archipelago the moniker of ‘the Sandwich Islands.’ This first British encounter can still be seen in the current state flag of Hawaii. 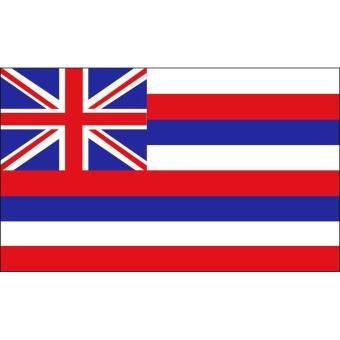 It was also during this time of the establishment of the Kingdom of Hawai’i under the ruling of Kamehameha the Great. This kingdom would rule until 1872.

In 1819, American Protestant Missionaries came to Hawaii and were quite ‘successful’ in converting many of the population and by 1840, Hawai’i became a Christian monarchy. The success also gave room for Catholic and Mormon missionaries to come to the islands. With the increasing presence of Western churches, companies, and US representatives, the Hawaiian government started to experience more and more pressure and influence. On January 17, 1893 Queen Lili’uokalani was overthrown and a provisional government was established which saw American Sanford B. Dole placed as the new President of the Provisional Government. President Cleveland did ask for the reinstatement of Queen Lil’uokalani, but Congress voted on February 26, 1894 that there was no wrong doing in removing the Queen and that it was legal and justified. This would remain until 1993 when President Clinton and the US Congress issued an Apology and that the overthrow was in fact illegal and sponsored ‘the suppression of the inherent sovereignty of the Native Hawaiian people.”

1898 saw the annexation of the Republic of Hawaii and it became the Hawaii Territory of the United States. Many don’t remember or know that when Japan bombed Pearl Harbor, it bombed Hawaii as a Territory not as a state of the United States. Statehood would not happen until after WWII. In 1959, the Territory of Hawaii officially became the 50th State of America. There have been continuous contentions between native Hawaiians and mainlanders. There have been movements to abolish and stop the teachings of the Hawaiian language, rituals, and dance. There have been debates on who has the right to own land, to inherit land, and what to build on that land. There is even a movement to re-frame history to include the word “US Occupation” of Hawaii which gained a lot of traction after the 1993 Government apology and acknowledgment. It has also led to a renewal of the Hawaiian Sovereignty Movement that views the US as currently continually illegally occupying Hawaii.

This is the layers that surround the TMT protest of Mauna Kea. This time, it is more urgent, the State Government voted to proceed with building the LARGEST telescope in the World. The ecological devastating impact that this telescope will have is staggering. Not to mention the desecration of sacred land. 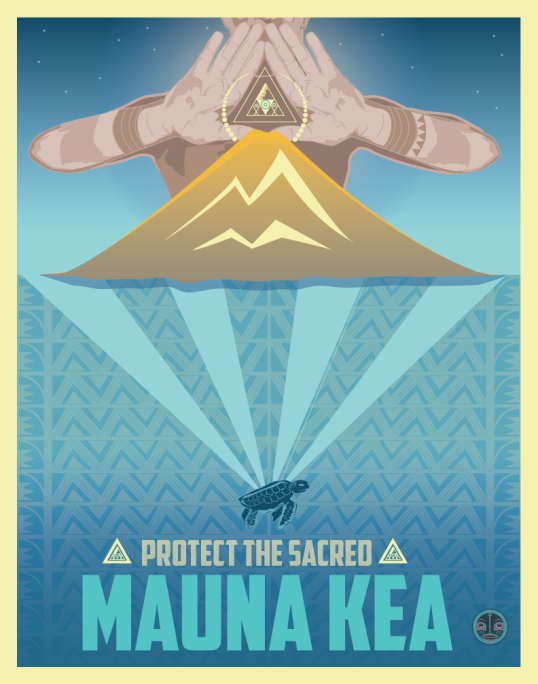 Mauna Kea is the most sacred for Hawaiians. The TMT would be bulldozing over burial grounds, the home of the god Wākea and goddess Papahānaumoku, as well as being the axis mundi of the Hawaiian spirit “Aloha Āina (Love of the Land).

The protest has remained peaceful as the Land Protectors are following Kapu Aloha which instills compassionate responses that seeks balance in the world. The Mauna Kea Movement is also about pushing back against the rising tide of corporations and the destruction of land. 3 days into this current protest, 38 kūpuna (elders) were arrested for blocking the road. Hawaiian Governor David Ige signed a law which gave police more jurisdiction and manpower for the area.

He has since rescinded the law due to a large public response to seeing Hawaiian elders being arrested. At the same time, Ige has also extended the construction contract to two years. Which means the Land Protectors need to hold the residence on the access road until 2021.

Thousands have flocked to take up residence on the access road to Mauna Kea. A resistance community and town has sprung up on the side of Mauna Kea as many of chosen to take up residence to ensure that their mountain remains untouched. There is a make shift school where children of all ages are receiving “Hawaiian” education. A statement was released by professors of the University of Hawaii that would allow their students to Skype into their classes so they could take part in the protest. A Kūpuna tent has been established for the elders of the community to take residence and to provide guidance, support, and blessings to this endeavor.

And yet, I have yet to see the TMT protest on ANY news report. It has only been on US national TV channels on talk shows like The View and The Late Show with Jimmy Fallon. Whoopi Goldberg address the significance of what is happen and the horror that sacred land is being threatened. The actor Dwayne Johnson aka The Rock talked about Mauna Kea and why it matters to Hawaiians when he was on Jimmy Fallon’s show. The actor Jason Momoa has issued a statement that he will not start work on Aquaman 2 until the construction has stopped and Mauna Kea is restored to its rightful owners. 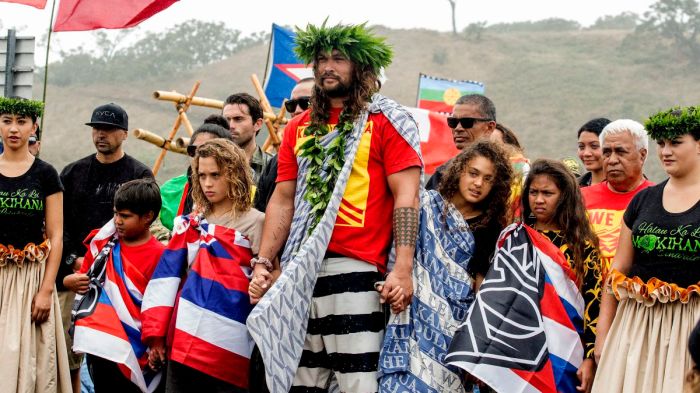 Musician Jack Johnson, a white born Hawaiian, camped out and lent his support to the cause. Damian Marley, son of the late Bob Marley, has also come to the Mauna to lend his support, his voice, and his music.

It has reignited the Aina, it is now much more then just stopping the building of a telescope. 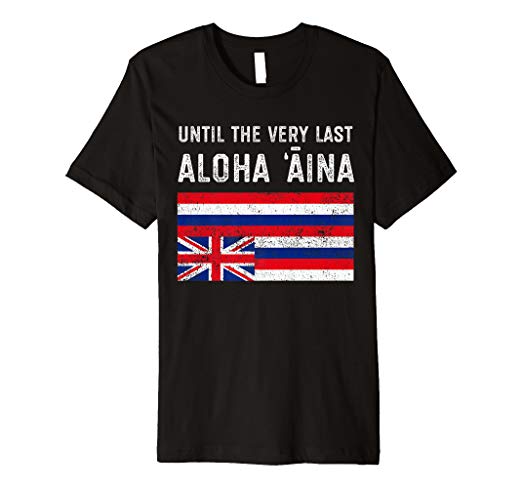 It is redefining value and importance. Sacrality WILL NOT be sacrificed for technology and progress. It has also created a spotlight of other sacred places that are being threatened by technology and population growth. Here are a few links if you are interested in following or helping with this movement.

Anjeanette LeBoeuf is a Visiting Assistant Professor at Whittier College. She is the Queer Advocate for the Western Region of the American Academy of Religion. Anjeanette also writes for the activist blog, Engaged Gaze. Her focuses are divided between South Asian religions and religion and popular culture. She has become focused on exploring the representations of women in all forms of popular culture and how religion plays into them. She is an avid supporter of both soccer and hockey. She is also a television and movie buff which probably takes way too much of her time, but she enjoys every minute of it. Anjeanette has had a love affair with books from a very young age and always finds time in her demanding academic career to crack open a new book.

Like Loading...
‹ #GunControlNow: While We Still Have Now by Marie Cartier
A Lover of Bears by Sara Wright ›