Home › Dreams and Dreaming › In Dreams by Natalie Weaver

In Dreams by Natalie Weaver 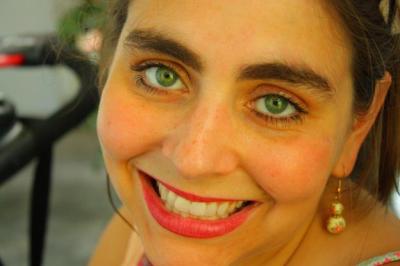 I am grateful for dreams.  I don’t know what they are, of course, in any absolute sort of way.  Defining dreaming is as elusive as dreams themselves.  Moreover, I find that understanding dreaming is complicated by the vastly variegated quality one finds in hearing people speak of their experiences of dreaming.  Some say things such as “I can never remember a dream,” while others say they only remember bad dreams.  Some place no stock in dreams at all, while for others they are the numinous truth realms beneath all waking phenomena.  I have spoken with hard-science minded colleagues as well as artists about dreams, who regardless of professional vocation can be utterly untouched by their nighttime journeying.  On just a few occasions have I ever heard people speak of their dreams as definitively shaping their lives in the way that my dreams, or more precisely, in the way that the faculty of dreaming, has impacted my life.

It has only been in the past few years that I have spoken of my dreams in concert with my philosophy and theology.  I think this is because we do not have widely shared cultural models for receiving dreaming.  As such, the experience is quite unsharable in a public sense.   As a child I would run to my mother, wherever she would be in the house and at any time of day or night, to report with a giant sense of urgency what I had experienced in my sleeping.  Yet, as I grew, in terms of what and how I thought, that is, in my developing public or professional mind, I kept the truth of my dreams silenced.  Doing so has alienated my voice from my own deepest source of knowing, and this has had the curious and undeniable outcome of curtailing my own authority.

I have spoken procedurally and traditionally from the literature of vetted heroes, even though the entire reason I have been in this game, so to speak, is my dreaming.  My dreams, however, have given me much greater access to certain truths than most anything I have ever read.  There is an unmediated power in them that I do well to honor.  Let me give you an example.

A few nights back I dreamed I was in a closed grey room.  The room was unintelligible in that it had no windows or doors.  The only noticeable feature of the room was a porcelain sink basin and a faucet sticking out from the wall.  In the dream, I found myself vaguely confused.  For, the dream was actually a dream of waking up.  I dreamed that I woke up in this room, looked around, and noticed that a toy train was running around the interior perimeter.  I held in my hand a flashlight, which I pointed at the train in order to cast a shadow on the wall.  My task, in the dream, was to fall back to sleep, watching the shadow caused by my little light.  But, with a start, I realized that I mustn’t fall back to sleep watching the train.  You see, I had suddenly understood that I had believed myself to be a true conductor, driving a real train.  Were I to return to sleep again, in my closed grey room with my toy train and flashlight, I would be returning to the illusion that I had been actually doing something important.  So as to wake myself further, as the dream went, I approached the faucet and began to splash water on my face.  It was then that I could “hear” the water, which sounded like whatever resonant hum gold glitter might emit.  A voice with no source and words with no sound, then, spoke to me, saying: “Receiving the Eucharist is entering into relationship with the all-powerful Being, the least important aspect of which is the washing away of the sins of the world.  Water is the Primordial Sacrament.”  As I began to wake in earnest, I found myself weeping because I believed, in this dream, in this moment, that sacraments were real, and all the elements of body and blood were first present in the water.  I felt a huge sense of loss for the centuries, indeed millennia, that we have spent on sin, missing the greater, holistic, total, and welcoming sense of acceptance and joy in mere, relational co-being with Being.  The dream seemed to speak truth to me.

So, how does one share a dream, or dream truths, such as this?  Our culture does not support the authority of the individual mind, its awareness and comfort with the voices of our ancestors, and the manifest truths that come to us in sleep.  Our culture regards sleep as turning off the mind from the busy-ness and productivity of life, as mere hiatuses from the work of living, and almost something we do in defeat against the greater good of accomplishing this thing or that thing in the “real world.”  We do not typically see dreaming as a work unto itself, a place of psycho-spiritual activity, and a trustworthy location for new revelation.  When revelation and truth are buttoned up in ancient texts and managed by sentinels of “tradition,” dreaming is far too perilous, too personal, and too idiosyncratic to be received and directed as an important place of existential beingness.  Indeed, dreaming is almost scary, because we do not know what we are going to find there, especially when we fill our minds with binge-series watching and fruit-blast-game playing, all the way until the lights go out.  This is, to me, an incredible cost to the well-being of contemporary bodies and minds and spirits.

If there are gains to getting older, one of them must certainly be the volume and inertia that accrues from life itself.  What one knows begins to spill over the boundaries of normative, polite, safe discourse.  At least for me, I find it less and less possible to suppress wisdom in the interest of scholarship; truth in the interest of canon; or my own voice in the interest of safety.  Dreams help me in this process, and my experience of dreaming leads me to suggest that we need to dream better and more intentionally.  Especially the dreaming of children should be held and heard carefully by caregivers, as a core faculty of mind, not to be dismissed as random firings of the brain re-setting itself or other such ilk.  For, important dreams are not the domain of past mystics and sages.  They are another work of the living, of which we are, in this day, very much in need.

Like Loading...
‹ Autumn Equinox with the Ancestors, or after ecstasy indeed the laundry*) Eline Kieft
The Dying Time by Esther Nelson ›