Home › Activism › Grief, Disappointment, and the Big Comforting White Guy Who Can Make It All Right by Carol P. Christ

Grief, Disappointment, and the Big Comforting White Guy Who Can Make It All Right by Carol P. Christ 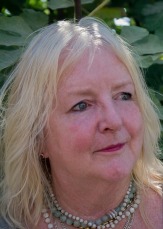 As the results from America’s Super Tuesday election primaries came in, I found myself feeling disoriented. I could not focus on any task and found myself obsessively reading the news and checking my Facebook timeline. Many of my friends who had supported Elizabeth Warren were embracing Biden as the next best hope to defeat Donald Trump. Sometime on Thursday, I came across Starhawk’s Facebook post on the grief and disappointment so many of us were feeling following the latest primary results.

In the post, Starhawk spoke of her disappointment that Bernie and Elizabeth did not do better and that Biden did so well. She spoke first of her grief that Elizabeth’s campaign never took hold. No doubt she, like me and many of you, had heard feminist friends express the fear that a woman could not win, saying that as much as they wanted to vote for her, they probably would not. Starhawk said that we simply do not have enough archetypes of female power to enable people to imagine a woman as President.

Starhawk suggests that in the face of fear and confusion, people may be turning to Joe Biden because he fits a familiar archetype that she calls: “Dad. The big comforting guy who can make it all right.” Unlike Warren and Sanders, Biden asks little of us, we don’t have to change, we don’t have to try anything new, we don’t have to give up structural privilege, we don’t have to pay higher taxes, we don’t have to end endless wars, we don’t need a Green New Deal, and those who have them can keep their health care plans: we can simply go back to the good old days when Trump was not a part of our reality.

Starhawk does not mention this, but I think it is important to add that the “big comforting guy who can make it all right” is not just a Father, He is the Father God, who in the unconscious images most of us still hold in our minds, is old, white, and male. Unfortunately, the image of God as old, white, and male is just as likely to be found in the minds of black churchgoers as their white counterparts. It is probably no coincidence that Biden’s first big wins came in the South from ballots cast by voters who consider their Christian faith important. For them, the image of the Great White Father God is a potent force. Let’s see what happens elsewhere in the country.

Starhawk urges those who mourn the loss of Elizabeth and the losses of Bernie to give ourselves time to acknowledge our grief and disappointment that we are not living in a world where qualified women are easily embraced as leaders. When the grieving is done, she says we must ask ourselves again: What can I do to build support for a vision of real change?

In her interview with Elizabeth Warren, Rachel Maddow said that women she knows personally and professionally are feeling “bereft” and “like they just cannot get off the couch.” In response, Warren agrees that “more work” is the only answer, continuing, “We cannot lose hope over this. . . because the only way we can make change is we get back up tomorrow and we get back in the fight.”

I hope that in the months before the primaries are over, we who are readers of Feminism and Religion will continue to ask ourselves “what can I do to support a vision of real, systematic change.” Let us not be seduced by the archetype of the Old White Guy Who Can Make Everything Better. Let us do what we can to support the candidate who has a vision of real, systematic change.

We do need a Green New Deal, we do need to get big money out of politics, we do need a living wage for all Americans, we do need to tax the rich, we do need universal child care, we do need tuition free college and job training, we do need to end endless war, we do need to work harder to end structural injustice including racism and sexism and homophobia, and we do need to provide health care for all, including coverage of birth control and abortion. The party has been moved to the left, and we can insist that all of these issues must be part of the Democratic Party Platform. We need to keep the House, we must take back the Senate, and we must get the Republicans out of state legislatures where they are gerrymandering, purging voting rolls, and making it hard to vote if you are a person of color. We can ask Biden and Sanders to commit to a woman VP! Let us not settle for anything less.

And never forget that the work we are doing to unseat the Father God from His Throne is critically important work. As long as His image lingers in our minds, we can be lulled into the fantasy that “He” can fix it all for us. But in truth, He cannot. Only if we all work together can we change the world.

Like Loading...
‹ What We Lost When We Became Monotheists by Ivy Helman
The Forest has a Heart?** by Sara Wright ›