Home › Gender and Sexuality › The “Marriage Crisis” in the U.S and Around the World By Caroline Kline

The “Marriage Crisis” in the U.S and Around the World By Caroline Kline 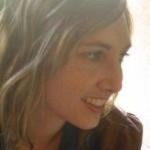 The Mormon Church, the tradition in which I was raised, is into protecting marriage. In the United States, that seems to often mean deeply discouraging out of wedlock births and politically lobbying against homosexual unions.

But, according to Stephanie Coontz, who wrote the book Marriage, A History, “the marriage crisis” is a phenomenon taking place all over the world. But fascinatingly, that crisis doesn’t take the same form.

While United States legislators are worried about out of wedlock births, in Germany and Japan, policy makers are far more interested in increasing the birthrate, regardless of whether or not the parents are married. The United Nations recently initiated an enormous campaign to raise the age of marriage for girls in Afghanistan, India, and Africa (where the health of these young women is greatly impaired by early motherhood), whereas in Singapore the government launched a campaign to convince people to marry and have babies at a younger age.

In Spain, the government is worried about the high percentage (50%) of women in their late 20’s who are unmarried, fearing that this bodes ill for the birthrate, whereas in the Czech Republic, researches welcome single living, hoping that it will decrease the high divorce rate (50%).

And in Italy, commentators are worried about the huge number of mammoni or “mama’s boys”. These are educated, employed single men in their 20’s and 30’s who choose to live with their parents. In contrast, in parts of the Arab world, commentators worry about the extremely high bride prices which prevent men from being able to get married, even though they want to*

The fact that marriage is “in crisis” all over the world – and in such very different ways – was fascinating to me because it gives a much richer context for the debates about marriage that we currently see being carried out in the public sphere in the U.S. The crisis that currently seems to be referenced often in the U.S. is the threat of homosexual marriage. I’m always left feeling a bit baffled whenever I hear this. How do two people who want to form a permanent, loving, legally recognized marital relationship threaten my marriage in any way? Interestingly, it’s the prudish Mormon in me that makes me feel like homosexual (and heterosexual) marriage is a good thing — permanent, recognized unions for those who want them are a plus in my book.

*all facts about marriage around the world were taken from Coontz’ book.

Like Loading...
‹ Why (I) Work? The Difference Between A House Wife and Being Unemployed By Sara Frykenberg
Why am I a witch? By Zsuzsanna E. Budapest ›