The Celtic Otherworld, by Judith Shaw

Did the ancient Celts believe in heaven and hell?  Not exactly – because of their belief in reincarnation they did not identify a particular place that one went to after death. Instead the Celts believed there to be a home for their supernatural figures, to where occasionally humans strayed during life and at other times as a resting place between lives. This place is referred to as The Otherworld.

This Otherworlds appears in two different forms; the Sidhes and the island Otherworlds. Through out the stories of the Celtic Goddesses one sees reference to their origins in either a sidhe or in a land located far out to sea, in a lake, or a river. These realms, protected by strong magic, were always hidden to normal human sight.

Many of the Celtic Goddesses and Gods are referred to as members of the Tuatha Dé Danann, from the mythological cycle; the fifth wave of invaders to arrive on the shores of Ireland. 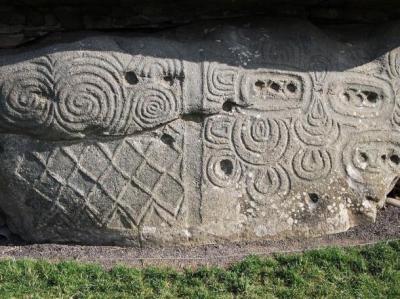 They were later supplanted by the the Milesians, from whom the modern Irish descend. But the Tuatha Dé Danann were not completely destroyed. They simply moved their kingdoms underground. It was believed that they lived magical lives in the neolithic structures made of long barrows and hollow hills. Brú na Bóinne (Newgrange), the home of Celtic Goddess Boann is one of the most famous.  From another, sister Goddesses Aine, Fenne, and Grainne would ride out astride their horses when the moon was full, laughing and playing the night away.

The Welsh called the dwellings of their deities Caer. Celtic Goddess of Dreams and Prophecy, Caer Ibormeith, has that association in her name. Sky Goddess, Arianrhod, brought the souls of dead warriors to her revolving castle in the North Sea, Caer Arianrhod. Here they awaited the time of their rebirth.

The Otherworld was a place where humans were given sacred gifts. These gifts allowed the visitor to bring back a higher state of consciousness to the everyday world of humans.

Unlike the underground sidhe’s and the Welsh caers where the deities acted much like humans with power struggles and strife, the island Otherworlds were places of peace, happiness and eternal life.  Here the Goddesses and Gods lived without the pains and struggles of earthly existence. 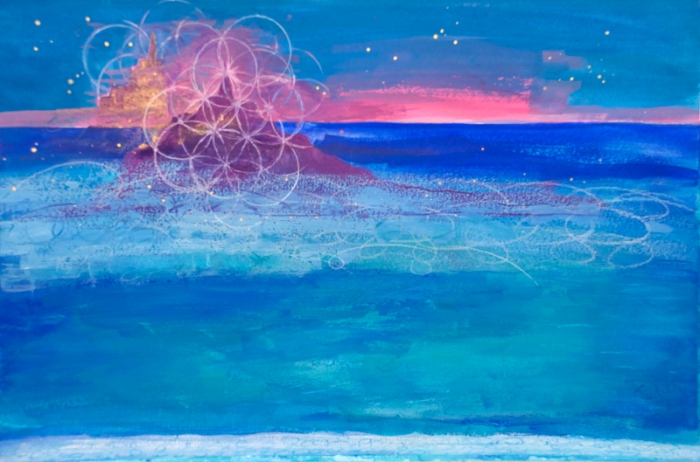 These places emanated the radiant light of eternity.

But these islands could not be stumbled upon through mist, fog, or happenstance like the Sidhes could; they were difficult to access. Nor were these island Otherworlds places where souls went after death. They could only be reached while living by purposefully undertaking a difficult journey or by invitation.

The island Otherworlds were known by many names and given different locations: for example – Emhain Abhlach: Plain of Apples, Inis Subai: Isle of Joy, Tír na mBean: the Land of Women, Tìr fo Thonn: the Land Beneath the Wave, Tìr Tairnigir: the Land of Promise, TechnDuinn: House of Donn, and Hy Breasil: Most Best Place – to name just a few.

Another name for this Otherworld was Tír na nÓg (Land of Eternal Youth), located beyond the western edge of the known world. The tale of Niamh of the Golden Hair and her love for Oisin, the great warrior poet of ancient Ireland, is the most well known tale of Tír na nÓg.

Generally once a human entered an island Otherworld he found himself there for eternity. But at times they returned, such as Oisin who foolishly left the Land of Eternal Youth, longing perhaps for the drama of his old home. But he was unable to make his way back and perished as any 300 year old man would.  And in one instance, the Sea God Manannan mac Lir brought Cormac Mac Airt to the islands for only a short visit to give him magical items, including  the cup of truthfulness. Manannan was a wise and gracious host whose acts of compassion and magical power are found in many stories. 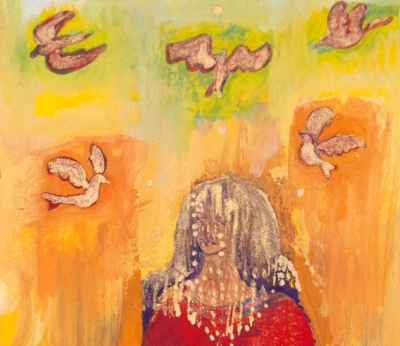 The many Goddesses of the Otherworld possess great regenerative and healing powers. They often have the ability to transform themselves into swans or songbirds or to enlist the help of those birds to accomplish good deeds.  Rhiannon’s birds were known to heal the sick or ease their passage to the other side.

The mystic island Otherworld is found in the tales of King Arthur.  The isle of Avalon, which exists in the mists and can only be entered with magic, plays a central role in King Arthur’s rise to power. From here came the sword, Excalibur, granted by the Goddess, which proved his right to kingship. And to here Arthur was brought to be healed of his wounds after the Battle of Camlann, wounds of which he ultimately died.  And thus King Arthur, the Once and Future King, resides in the Otherworld of Avalon, awaiting his rebirth. 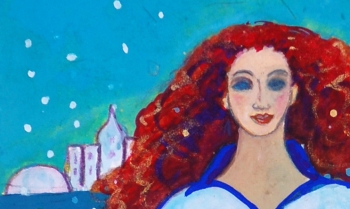 Dahut of the drowned City of Ys, comes from the sea. The sea is the seat of our deep consciousness, the life force that drives all of creation. There she resides with her people awaiting the time when the Way of the Goddess returns to this Earth. . Dahut can be seen as the Once and Future Goddess.

The apple is almost always associated with the Otherworld Islands. The apple is symbolic of all that is good and sweet in life. It is believed that bees came to our world from Brigid’s apple orchard in the Otherworld. 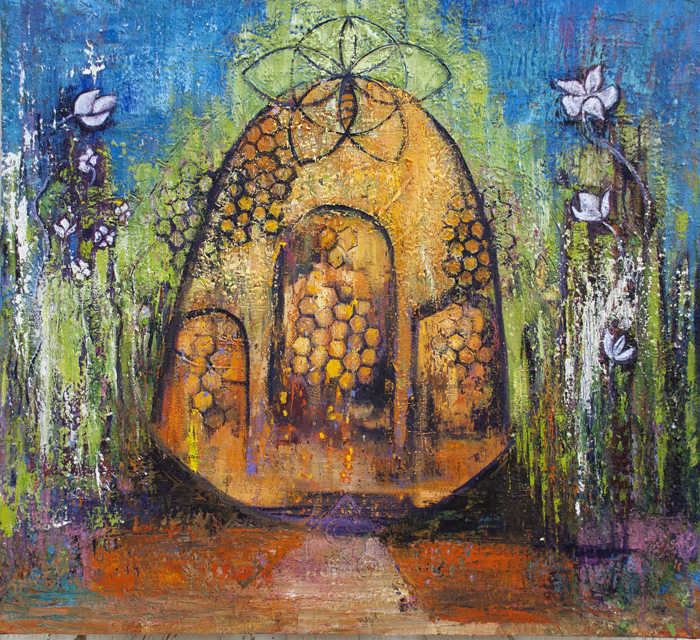 Not restricted by the fear of hell and damnation, the Celtic belief in Otherworld paradises where one could either learn or rest between lives must have played a central role in the Celtic passion for life, honoring of poetry and art, and courage on the battlefield. In the Otherworld humans passed their days and nights immersed in beauty, peace and love while waiting the call to return to the school we call human life.

Judith Shaw, a graduate of the San Francisco Art Institute, has been interested in myth, culture and mystical studies all her life.  Not long after graduating from SFAI, while living in Greece, Judith began exploring the Goddess in her artwork.  She continues to be inspired by the Goddess in all of Her manifestations. Originally from New Orleans, Judith now makes her home in New Mexico where she paints and sells real estate part-time. Give yourself the gift of one of Judith’s prints or paintings, priced from $25 – $3000.

Like Loading...
‹ Parenting and Politics: How I’m Showing Up by Katey Zeh
I See the Fire by Esther Nelson ›