Home › Authorship › “The Burning Lava of a Song” by Joyce Zonana

“The Burning Lava of a Song” by Joyce Zonana 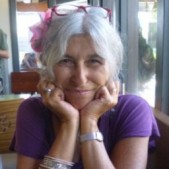 I was in graduate school when I first read Aurora Leigh, Elizabeth Barrett Browning’s fiery 1856 epic about a young woman claiming her vocation as a poet despite Victorian society’s patriarchal strictures. The poem was not on any assigned reading-list; I’d simply stumbled across it while doing research for my dissertation. The opening lines brazenly assert the speaker’s authority and ambition:

OF writing many books there is no end;
And I who have written much in prose and verse
For others’ uses, will write now for mine,–
Will write my story for my better self . . .

Encountering those words, I was immediately possessed by Aurora’s voice and vision, a welcome change from all the male poets and critics I’d been reading. I devoured the verse novel’s nine books in one night. The poem became the centerpiece of my dissertation, and I studied and enthusiastically taught it for years.

Aurora Leigh is the fictional tale of an orphaned girl, born to an “austere” English father and an Italian mother who dies in childbirth. Raised first in Italy, where, despite her “mother-want,” she feels nurtured by nature, at thirteen Aurora Leigh is brought to England after her father’s death. There, she feels hemmed in both by the enclosed landscape and by suffocating social convention; she finds freedom only in poetry, which allows the “rhythmic turbulence / Of blood and brain” to sweep “outward upon words.”

Aurora’s autobiographical narrative is a passionate paean to poets as the “only truth-tellers, now left to God”; she celebrates them as agents for personal and social transformation. As we come to the close of this National Poetry Month in the U.S., where truth is under siege, it’s worth recalling Aurora Leigh and its brave exploration of poetry, gender, divinity, and social justice. 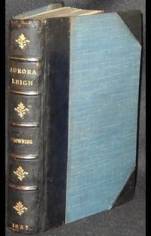 Marjorie Stone, in her comprehensive overview of criticism on Aurora Leigh, notes that Chapman & Hall’s first edition sold out within two weeks; by the end of the nineteenth century, the poem had been reprinted more than 20 times in England and nearly that often in the U.S. A beloved inspiration for Susan B. Anthony and Emily Dickinson, it was also a favorite of Oscar Wilde, Rudyard Kipling, George Eliot, and Elizabeth Gaskell. Algernon Charles Swinburne praised its “audaciously feminine and ambitiously impulsive genius”; Virginia Woolf hailed its “speed and energy, forthrightness and complete self-confidence.” Yet, after 1900, Aurora Leigh largely disappeared from view, eclipsed by Barrett Browning’s tamer Sonnets from the Portuguese. It wasn’t until the surge of feminist literary criticism in the late 1970s that Aurora Leigh was rediscovered and widely reprinted.

Part of what appealed to me when I first read it in the early 1980s, and what still enthralls me today, is the poem’s exhilarating rhythmic pulse, its unabashedly feminist élan as it explores and celebrates embodied female experience. “Unscrupulously epic,” Aurora says of her own craft, describing her intention to “catch” her age “upon the burning lava of a song.”

“Upon the burning lava of a song.” The wild words returned to me unbidden recently as I hiked with friends across a black lava field on Hawai’i, in the shadow of the island’s three major volcanoes. The lava we were traversing had hardened and cooled centuries earlier, but we could still see the paths the molten streams had followed when they gushed from the earth’s burning core. On Hawai’i, where lava still flows and where Pele is revered as Volcano Goddess and shaper of the sacred land, you cannot forget that, wherever you are on this earth, you dwell on the living body of the Mother. And the Mother is ever-present in Barrett Browning’s poem.

The Goddess Pele by Herb Kane

Barrett Browning wrote Aurora Leigh while living in Florence, Italy. She had not encountered the magnificent volcanoes of the Pacific islands. But Mount Vesuvius’s catastrophic eruption in A.D. 79 loomed large in the nineteenth-century imagination; Pompeii had only recently been excavated, and the destruction and preservation of an entire city provided the deeply female, bodily metaphors Barrett Browning used to represent Aurora’s art:

Never flinch,
But still, unscrupulously epic, catch
Upon the burning lava of a song
The full-veined, heaving, double-breasted Age:
That, when the the next shall come, the men of that
May touch the impress with reverent hand, and say
‘Behold—behold the paps we all have sucked!
This bosom seems to beat still, or at least
It sets ours beating: this is living art,
Which thus presents and thus records true life.’

The female poet’s volcanic verse embodies the female age, reminding readers that they have been nurtured by the past; Aurora’s poem is itself a breast, succoring its audience. The brilliance of these images is undimmed today, when we remain uncomfortable with the public display of women’s nipples, when women’s bodies and voices (along with the earth itself) continue to be abused and discounted by men in positions of power. 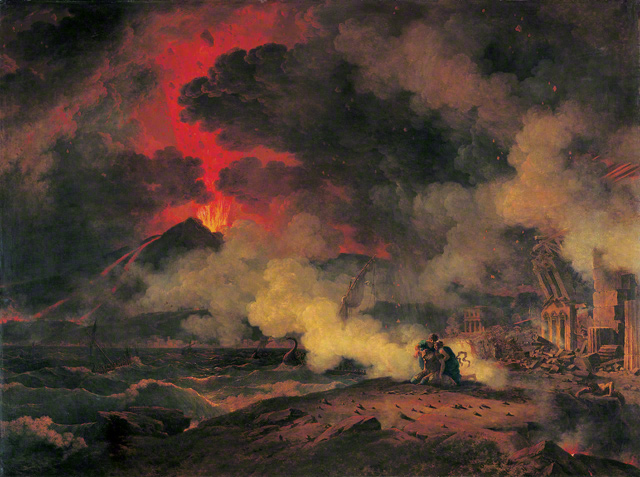 A central aspect of Aurora’s story is her ongoing debate with her cousin Romney Leigh, an ardent socialist who believes injustice can be eradicated through solely material reforms. At an early age, Aurora challenges Romney’s cool dismissal of her labor as woman and artist: “I, too, have my vocation,–work to do,” she tells him. And she argues against his strict materialism, insisting “It takes a soul / To move a body.” To his dismay, and despite the fact that she is penniless, she also rejects Romney’s marriage proposal, convinced he has offered it just so she can inherit her father’s property entailed to him by patriarchal law.

Only after years of solitary struggle–and literary success–does Aurora finally fall into Romney’s arms, using an image that inverts traditional gender roles: “as sword that, after battle, flings to sheathe.” She admits that, in rejecting him, she had rejected her own body, her physical being— “the despised poor earth, / The healthy, odorous earth.” At the same time, Romney affirms the ability of Aurora’s poetic soul to effect social change:

Now press the clarion on thy woman’s lip,
. . .
And breathe the fine keen breath along the brass,
And blow all class-walls level as Jericho’s.

Each chastened, Romney and Aurora vow to work together side by side, uniting spirit and flesh, God(dess) and (wo)man, Heaven and Earth, female and male, in their effort to create a more just world. The poem concludes with an ecstatic vision of the New Jerusalem, “that new, near Day, / Which should be builded out of heaven”:

‘Jasper first,’ I said,
‘And second, sapphire; third, chalcedony;
The rest in order, . . last, an amethyst.’

We need not share Barrett Browning’s radical Christian faith to feel the power and see the beauty of Aurora’s egalitarian (and perhaps matriarchal) vision, nor to sense its continuing relevance for all of us as we struggle to make our world more just. May we also always remember and celebrate the capacity of past, present, and future women poets’ “burning lava” to shape that world.

Joyce Zonana is the author of a memoir, Dream Homes: From Cairo to Katrina, an Exile’s Journey. She served for a time as co-Director of the Ariadne Institute for the Study of Myth and Ritual.  Her translations from the French  of Henri Bosco’s Malicroix and Tobie Nathan’s Ce pays qui te ressemble are forthcoming from New York Review Books and Seagull Books. Her article, “The Embodied Muse: Elizabeth Barrett Browning’s Aurora Leigh and Feminist Poetics,” appeared in Tulsa Studies in Women’s Literature in 1989.

Like Loading...
‹ The Least of These, Are the Most of Us by Karen Leslie Hernandez
Inner Garbage (Fear) vs. Inner Goddess (Love) by Vanessa Soriano ›