We Won’t Go Back by John Erickson

Someone once asked me: John, why are you a feminist?  It is always a jarring question because I believe all people should be feminists and we should all fight for gender equality no matter what.  I’ve been drawn to Martin Niemöller’s prolific quote:

Right now, it seems like a full on frontal assault against all of us.  No matter what community you’re in, you can draw back to an instance of discrimination you’ve faced both pre-2016 as well as after the election of President Trump. 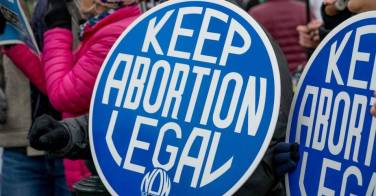 While we know attacks against minority communities are not a new phenomenon, in the world of social media and 24/7 news coverage, it seems like the world has completely flipped on its axis.

Why am I a feminist?  There are a lot of reasons but right now I point back to the fight I find myself in every day: the struggle to make sure a woman’s right to safe and legal abortion remains the law of the land. If you haven’t been paying attention, numerous states have passed some of the most restrictive abortion bans in the history of the United States. 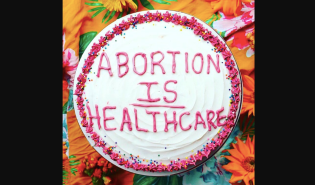 Bottom line: abortion is healthcare. Nearly a fourth of women in America will have an abortion by age 45. Every day, people across the United States make deeply personal decisions about their pregnancies. Those decisions deserve respect.

We need to make sure that we are organizing in our community or making sure these organizations are funded so they can continue to provide the lifesaving care on a day-to-day basis.

Usually, I have words of wisdom for you but today I have a call to action: get loud. I have listened to many members of the feminist community about what life was like before Roe and I know I am not alone when I say: We must never go back to that. We must always stand up and fight. We must also show up for communities that are under attack because if we don’t, they might not be anyone to stand up for the community I identify with when I need them.

If you can donate, please consider donating to these critical organizations on the ground and doing work in these various states:

John Erickson is a Ph.D. Candidate in American Religious History and holds two MA’s from Claremont Graduate University. John serves as a commissioner on the California Commission on the Status of Women. He is President of the Hollywood Chapter for the National Organization for Women, a boardmember for the City of West Hollywood’s Lesbian and Gay Advisory Board, a board member for the ACLU of Southern California, the Legislative Action Chair for Stonewall Democratic Club, and a board member for the National Organization for Women.