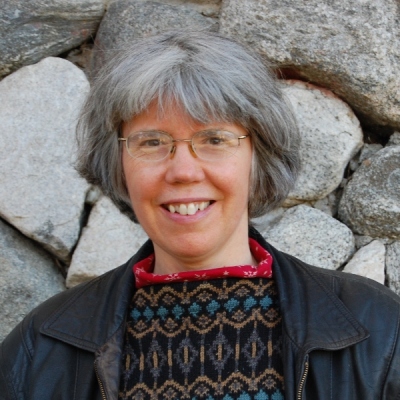 The following is a guest post written by Rev. Kittredge Cherry, lesbian Christian author and art historian who blogs about LGBT spirituality and the arts at the Jesus in Love Blog.  Her books include “Equal Rites” and “Art That Dares: Gay Jesus, Woman Christ, and More“.

Originally posted at Jesus in Love.

Baroque artist Artemisia Gentileschi inspires many with her paintings of strong Biblical women — created despite the discrimination and sexual violence that she faced as a woman in 17th-century Italy.

Gentileschi (1593–1652) was successful in her own day, but was mostly written out of art history until the 1970s, when feminist scholars rediscovered her work. Now she is celebrated in many books, films and plays, and her work is widely reproduced. Her greatest paintings include “Judith Beheading Holofernes” and “Susanna and the Elders.”

Many women and queer people can relate to her battles against prejudice and sexual violence, documented in her rape trial in 1612. She could be considered the patron saint of women artists.

"Judith and Her Maidservant" by Artemisia Gentileschi

Although Gentileschi was apparently heterosexual, lesbians have drawn energy from her life and art.

Lesbians who have created tributes to Gentileschi include painter Becki Jayne Harrelson and playwright Carolyn Gage. In the play “Artemisia and Hildegard,” Gage has two of history’s great women artists debate their contrasting survival strategies: Gentileschi battled to achieve in the male-dominated art world while Hildegard of Bingen found support for her art in the women-only community of a medieval German nunnery.

The daughter of a painter, Gentileschi was born in Rome and trained as a painter in her father’s workshop there. She was refused admission to the art academy because she was a woman, so her father arranged for her to have a private painting teacher — who raped her when she was about 19. Gentileschi herself was tortured by thumbscrews during the seven-month rape trial, but she stuck to her testimony. The teacher was convicted, but received a suspended sentence.

Gentileschi used art to express her outrage. During the trial Artemisia began painting “Judith Beheading  Holofernes.”  Judith, a daring and beautiful Hebrew widow, saves Israel by cutting off the head of the invading general Holofernes. Judith and Holofernes became one of Gentileschi’s favorite subjects, and she painted several variations during her lifetime.

"Susanna and the Elders" by Artemisia Gentileschi

Her realistic style, influenced by the great artist Caravaggio, shows dramatic contrasts between light and dark. But Gentileschi usually created her own unique interpretations expressing a strong female viewpoint. The violence of Judith beheading the male general Holofernes speaks for itself. Another example is her painting (left) of the Biblical story of the Hebrew wife Susanna and the lustful elders who spied on her while she was bathing. While her male contemporaries painted the scene as a voyeuristic fantasy, Gentileschi presents it as a violation of the vulnerable Susanna by the predatory elders.

Soon after the rape trial Gentileschi married and moved to Florence, where she became the first woman accepted into the Accademia delle Arti del Disegno (Academy of the Arts of Drawing). She had a full career, producing many paintings of powerful women from Christianity, history and mythology. She worked in various Italian cities and even spent a few years painting in London,England. It is believed that she died when she was about 60 years old in a plague that swept Naples in 1656.

Today Gentileschi’s life and work are admired by many, including artist Becki Jayne Harrelson. She is best known for her LGBT-affirming version of “The Crucifixion of the Christ” with the word “faggot” above Jesus on the cross, but Harrelson has also honored Gentileschi in her art and blog.

As we celebrate Gentileschi’s birthday, Harrelson offers this tribute: “Artemisia Gentileschi’s talent and mastery was equal to her male counterparts, yet because of sexism and misogyny, she was denied the recognition she deserved as a master painter until many centuries later. She also suffered sexual violence and was treated unjustly for standing up against it. Her art and life inspires me to persevere despite adversity and prejudice.”

Artemisia Gentileschi is included in the GLBT saints series at the Jesus in Love Blog because she has inspired so many of us with her paintings of women and her success despite gender barriers and sexual violence. She could be considered the patron saint of lesbian artists, women artists, and all artists who break gender rules.

Like Loading...
‹ Is it Right to Intentionally Lie Because the Church Says to? The Case of Fr. Roy’s Assertion of Conscience Over Vatican’s Mandate to Lie By Michele Stopera Freyhauf
Do White Feminists Have Ancestors? By Carol P. Christ ›