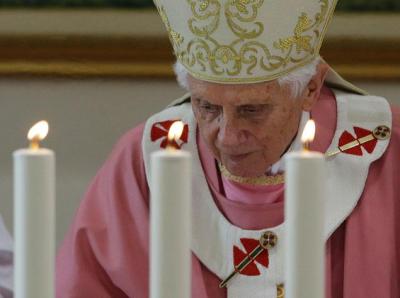 The world is stunned this morning as news breaks that Pope Benedict XVI has announced that he will resign his position due to lack of strength to carry out his role; he stated: “to the extent that I have had to recognize my incapacity to adequately fulfill the ministry entrusted to me”.

“For this reason, and well aware of the seriousness of this act, with full freedom I declare that I renounce the ministry of Bishop of Rome, Successor of Saint Peter.”

There is much speculation as to the Pope’s motivation to step down at this time.  This is the first resignation of a pope in 600 years.  Feminism and Religion will continue to update this report as additional information is released.

Like Loading...
‹ On Pronouns and Liberation in the Classroom by Ivy Helman
Bird Watching and Geology in the Body of Goddess by Carol P. Christ ›