Trumpery in America by Gina Messina 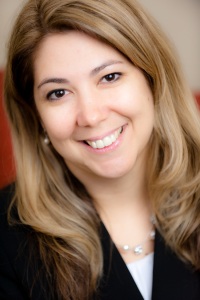 Throughout his campaign, Trump has spent his time in front of crowds justifying his penis size, boasting about what a “winner” he is, and encouraging fear, violence, hatred, and nationalism. After a man was attacked at a recent rally, Trump responded asking, “Is there anywhere more fun to be than at a Trump rally?”

The Republican nominee for POTUS is clueless when it comes to domestic or foreign policy, thinks Vladimir Putin is a “great leader,” and is still confused why bombing other nations as a response is a problem. And yet, his poll numbers continue to rise. In a nation that claims “Christian” values, one must ask, how can this be?  How could we possibly elect Donald Trump as the next President of the United States?

As Ingrid Holmquist explains, “Trump’s language is one of the things that make his campaign so popular to many: It’s not politician-like and is anti-establishment. Many of his supporters praise these traits.”

This has been the theme of his candidacy. Appealing to the public through “showmanship,” Trump has turned the presidential race into the ultimate reality show. Through one liners, insults, and fear mongering Trump has successfully created a smokescreen that has concealed – to some – his own inability to think critically, much less lead a nation. Sadly, those who support “The Donald” haven’t figured out that his campaign in based on trumpery defined as deceit, fallacy, and although showy, of little value.

Trump’s refusal to respond to questions on policy is not new. Although sometimes rather than flat out refusing, he fumbles through responses like a child who didn’t finish his homework but is trying to convince the teacher otherwise.

“I have to say a lot of people have been asking this question. No, really. A lot of people come up to me, and they ask me. They say, ‘What’s 2+2’? And I tell them, look, we know what 2+2 is. We’ve had almost eight years of the worst kind of math you can imagine. Oh, my God, I can’t believe it. Addition and subtraction of the 1s the 2s and the 3s. It’s terrible. It’s just terrible. Look, if you want to know what 2+2 is, do you want to know what 2+2 is? I’ll tell you. First of all the number 2, by the way, I love the number 2. It’s probably my favorite number, no it is my favorite number. You know what, it’s probably more like the number two but with a lot of zeros behind it. A lot. If I’m being honest, I mean, if I’m being honest. I like a lot of zeros. Except for Marco Rubio, now he’s a zero that I don’t like. Though, I probably shouldn’t say that. He’s a nice guy, but he’s like, ‘10101000101,’ on and on, like that. He’s like a computer! You know what I mean? He’s like a computer. I don’t know. I mean, you know. So, we have all these numbers, and we can add them and subtract them and add them. TIMES them even. Did you know that? We can times them OR divide them, they don’t tell you that, and I’ll tell you, no one is better at the order of operations than me. You wouldn’t believe it. So, we’re gonna be the best on 2+2, believe me.”

When questioned on ISIS, unable to offer a detailed strategy, Trump responded, “I will…quickly and decisively bomb the hell out of ISIS, will rebuild our military and make it so strong no one — and I mean, no one — will mess with us.”

When asked about his support for torturing and “taking out” the families of terrorists, Trump claimed that soldiers would commit such illegal acts under his orders; “They’re not going to refuse me, believe me, If I say do it, they’re going to do it.”

Personal attacks are a staple in Trump’s strategy to deflect questions and regain the attention of the public.  He attacked Megyn Kelly for questioning his misogynistic comments by calling Kelly a “bimbo” and suggesting she was being aggressive because she was menstruating.

During the Fox News Michigan debate, when pushed for a response on foreign policy by Marco Rubio, Trump responded by saying that everyone in Florida hates “Little Marco” and he wouldn’t be elected as a “dog catcher.” Trump never responded to the question on foreign policy.

And it is with these ridiculous responses that Trump has mesmerized a nation lacking the ability to think critically. Refusing to respond while entertaining the masses; it is trumpery in full effect.

This fact is not lost on the Republican Party. Many have been clear that they will not vote for Trump. Former presidential candidate Mitt Romney stated that Trump is “a phoney, a fraud…His promises are as worthless as a degree from Trump University. He’s playing members of the American public for suckers.” And the GOP national security leaders issued an open letter opposing Trump’s candidacy calling him “fundamentally dishonest,” condemning his “hateful, anti-Muslim rhetoric,” call for increased use of torture, support for trade wars, and esteem for Vladimir Putin.

Likewise, nearly the entire Bush family has come out to announce that they will not vote for Trump.  Although Jeb Bush says he will not vote in this election, his father and former President George H. W. Bush has been clear that his vote will go to Hillary Clinton.

Trump’s blatant inability to comment on domestic or foreign policy is alarming and he is yet to offer a realistic strategy that would lead to a successful presidency. As David Brooks points out, his campaign is a sham just like Trump University and Trump Mortgage. And a President Trump would be a debacle just like Trump Air, Trump Steaks, and Trump Vodka.

Nonetheless, a large segment of the American public appears hungry for the careless, politically uninformed, objectionable billionaire bully whose bid for the White House is an attempt to achieve the ultimate symbol of power. Through hate speech and stances that undermine actual American values, Trump has created a “new red scare” and many are buying into it hook, line, and sinker. He has successfully played on the fears of many allowing himself to climb in the polls – a similar factor that resulted in the rise of other fascist leaders, including Adolf Hitler.

Disturbingly, some Trump enthusiasts are unable to distinguish between statements by Trump and Hitler. Those who support his candidacy claim that Trump “tells it like it is,” is a successful businessman, and funds his own campaign. Perhaps they should review John Oliver’s response to these notions.

Trump has no experience and is clueless as to what the job of POTUS entails. Like the root meaning of his name, he is deceitful, showy but useless and has simply become the clown who has taken center stage in the circus built by American politics. With his “trumpfoolery” he has revealed a disturbing temperament in the nation while duping some Americans into believing a Trump presidency will mean a “reclaiming” of America using anti-American values.

If the trumpery of his campaign strategy is evidence of what a Trump presidency would look like, the US should be prepared for deceitful and dangerous commander in chief who will continue the “new red scare” and limit the freedom so many assume he will defend as an American right. As Louis CK said referring to Trump, “Don’t vote for your own cancer.”

Gina Messina, Ph.D. is an American feminist scholar, Catholic theologian, author, and activist. She is also Co-founder of Feminism and Religion. She writes for The Huffington Post, has authored multiple publications and is the co-editor of the highly acclaimed Faithfully Feminist: Jewish, Christian, and Muslim Feminists on Why We Stay. Messina is a widely sought after speaker and has presented across the US at universities, organizations, conferences and on national platforms including appearances on MSNBC, Tavis Smiley, NPR and the TEDx stage. She has also spoken at the Commission on the Status of Women at the United Nations to discuss matters impacting the lives women around the world. Messina is active in movements to end violence against women and explores opportunities for spiritual healing. Connect with her on Twitter @FemTheologian, Facebook, and her website ginamessinadysert.com.

Like Loading...
‹ The Restorative Act of the Rite-13 Ritual by Katey Zeh
A Test of Faith – Did I pass? by Karen Leslie Hernandez ›