Here we are, as I write this,  a week after the horrible shooting of 17 students and teachers in Parkland, Florida. And the beginnings of a new student led movement: #NeverAgain—never another school massacre like what happened in Florida.

Today, one week after this horrific event, you had massive student walk-outs all over the country to protest the government’s refusal to do anything substantive about it. Here are images of student protests.

One of the out spoken survivors of the Parkland shootings, Emma Gonazlez, has turned into a spokeswoman/teen, for the movement, fueled by her fiery speech the day after the shootings. 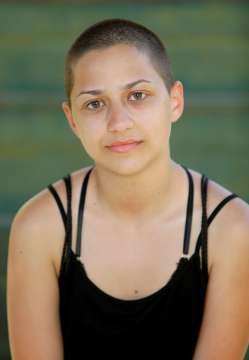 She has continued to speak out as have the other students.

And the movement grows.

Today I heard the president of the United States suggest that the solution to the every growing problem of gun violence is to arm teachers or other school officials with weapons. As a black belt in karate, I have had gun training and gun safety as part of my training and it is part of my self-defense resume. I had to learn it. What I can tell you about owning a gun (which I don’t) is that having a gun is not the same as knowing how to us one. I know how to disarm someone, if I am lucky and the fight goes in my favor. Anyone with any experience in self-defense will tell you that the quickest way to escalate a situation is to introduce a gun into the situation.

I cannot imagine how the president thinks that bringing guns into the situation will help—a gun is a false sense of safety. It is relatively easy to disarm someone if you know how—then what?

There is a meme going around also referencing buying guns for teachers, when we have been told over and over there is no money and education funds are being cut back….the administration has cut back on funding for education so much that they can not pay for our pencils. And now they can pay for us to have guns? Right.

What I needed to say to all of my five classes after the tragedy of last week—is that I am an adult and I am listening. We are on notice. We get it. And we are listening. What could I give them in response?

As a witch, I used my skill in facilitating social change and activism/magic. I had all my students in all my classes sit in a circle and talk first—what had they heard, what can they share. What can we talk about in terms of their feelings? I then had everyone put their name in the room, one by one with a word or a few words of how they were feeling. The feelings ranged from “hope” and “courage” to “numb” and “scared”. 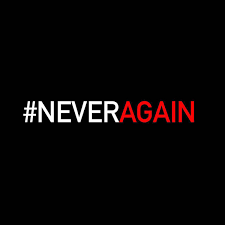 I then held space for them to silently affirm what they could do THIS WEEK to create change. Some suggestions: research the issue if they had not had time to do so; register to vote if they are not registered—get ready for fall 2018; join a student group; write an Op-Ed for the paper; donate money; go on social media and research the materials for the student movement #NeverAgain and spread the word…and if they disagreed with me in terms of the need to spend class time on social change in regards to this—then commit to the research to prove me wrong. But – get involved.

Then we held hands. I said that people sometimes make fun of those who hold hands and “sing Kumbayeh”—but I recently found out that “Kumbayeh” actually means, “Come by here, Lord” and was sung by freed, and enslaved people in the South. Then I said, come by here, Lord. Come by here.

I told them to envision in their minds what they wanted to do this week to create change. We held hands and passed a squeeze around the circle, hand to hand, to “seal the deal.” I said that doing this created a circle of power. That I was an ordained witch—I believed in the power of community, of social change activism and magic. That this week when they went to do their action, this circle of power would be with them to help them.

And in my Queer Studies class we added, “We’re here! We’re queer! We’re not going shopping!” 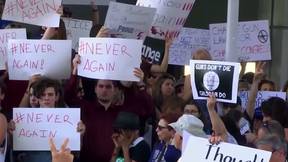 We cheered together, and I told all of my students, with my voice breaking, “I believe in you. This is a youth led movement. I believe in you. Susan B. Anthony never voted in her lifetime. But she fought for it. And I believe she had a better life fighting for what she believed in, than stepping to the side and being depressed. Trust me I have fought for things my entire life—I lay in front of my first nuclear power plant when I was 15. I fought for the fight for gays to marry even though I never thought it would happen. And it did end up happening. I married my wife in my late 50s.

“This is what I know for a fact: if you fight for what you believe in – some of it will change in your lifetime. Some of it might not. But, for some it absolutely will. And you selfishly will feel better for fighting, than if you did not fight. I know this for an absolute fact.

“I believe in you. I believe that you will have public schools you can send your kids to and they will return to you safe. That is my vision for you, for the future you will create.”

And I ended all my lectures on that day looking out at my students and saying, “Truly, madly, deeply—I love you.”

And I meant it. I love my job, my students—they are young, impressionable and deserve our respect. They are changing the world. They are the future. I received hugs and applause and emails that they rarely hear adults speak to them the way I did this past week.

Young people right now want to hear from us, from those of us who have the ability to vote, if they cannot. Who have ways to enter and engage the system that they may not have learned yet. They want to know we are listening. That we are on notice.

Activism helps you heal, I told them. It helped me. It can help you.

These students who are forming this new movement, who are struggling to understand how to be safe in the world today, who are fighting back, and just learning to fight back–these students deserve our deep respect and encouragement…and love.

Like Loading...
‹ Is God Breathing? by Karen Leslie Hernandez
Princess Peach from The Goddess Project: Made in Her Image by Colette Numajiri ›